Free STD Testing in the State of Alaska

There Are 4 Public Clinics & 3 Private STD Clinics Near You

If you're looking for cheap std testing clinics in the state of Alaska to get a HIV, Herpes, Chlamydia, Gonorrhea, Syphilis or Hepatitis screening for yourself or your partner, you can get tested today by selecting an option below to find an affordable std test clinic near you. Same day std testing locations also available with results in 1-2 days. Learn more here.

What are the STI test options in Alaska?

While vising AK, you might be headed to see the beautiful northern lights or hiking to see Denali in all of its glory. Before you go, consider stopping by one of Alaska’s many STD Clinics to get yourself tested. The rates for Chlamydia, Gonorrhea, Herpes, Hepatitis B, C, Syphilis and HIV are increasing annually. Even though there are free STD testing centers, residents are still putting off this important health checkup. If you’ve been avoiding STD testing due to long lines, you do have another option. You can call to schedule private STD testing, and only spend 15 to 20 minutes at a neighborhood lab. This way you’ll still have plenty of time for shopping in Anchorage.

Social Service Organization. If you are uninsured, you may qualify for a state-funded program or a lower fee scale

Community Based Organization. Must be Native American

Not Sure Which Option Is Best For You? Let us point you in the right direction for STD testing in , AK

STD Statistics for the State of Alaska

Statistics reported is based on publicly available data sources such as CDC for AK. Data is normalized to accurately report Alaska STD Breakdown. Demographic breakdowns are based on STD reporting available at the state level.

There are unfortunately a very large amount of chlamydia cases in the state each  year. There are over 700 cases per 100,000 residents. Gonorrhea transmission rates are also some of the highest in the nation. The data shows that these rates have been increasing in residents ages 15-24. These statistics are on average with national rates, and indicate that there is a growing problems.

Based on the recent data, we can see that Alaska displays some worrying trends regarding less treatable diseases. HIV rates and deaths per year show a scary trend.

These numbers should scare any resident. Education about safe sex practices can go a long way, but testing is a necessary component of keeping any community disease free. Without adequate testing, it’s impossible to control potential outbreaks of sexually transmitted diseases. If more people become aware of their own STD status, it can create a culture of responsibility that will greatly benefit the sexual health of residents in the area.

Additionally, HIV diagnoses per year are at dramatic levels into  the 35-44 age group. Increased testing and education can combat these statistics.

The most dramatic obstacle Alaskans must overcome is the rates for chlamydia. Alaska’s chlamydia rate over the past decade is significantly higher than national averages. Education efforts are setting goals to lower that rate significantly by 2020. 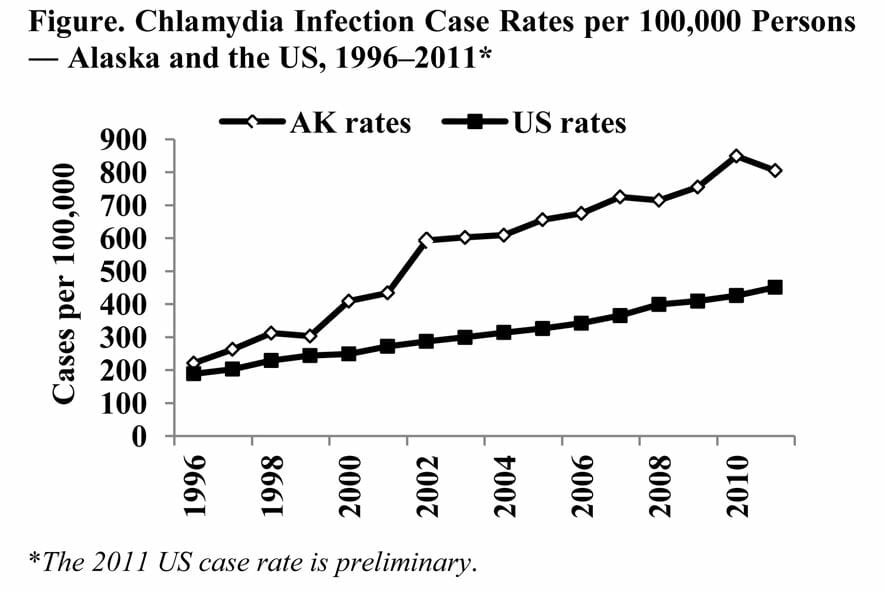 STDs are significantly more prominent in teens and young adults, but this doesn’t mean that everyone’s sexual health isn’t at risk. Those between the ages of 15-24 are substantially more likely to be affected by chlamydia and gonorrhea. Considering Alaska’s number of reported cases, that should be worrying to area residents.

The other area of concern is the rising STD rates. While the increase is not severe, any amount is enough to warrant immediate concern. Residents have made a concerted effort to increase sexual awareness and education. This includes making information about regular Herpes testing in Alaska readily available. Residents should also be aware of the importance of regular HIV testing in Alaska. With the number of incidents steadily increasing, it is important for everyone to take responsibility for their sexual health.

Alaska is a hotbed for STDs, and much of that is due to the state’s size and topography. With large sections of land dividing towns and creating long drives, it’s a perfect recipe for an outbreak without proper testing and education.

There is some racial disparity when analyzing the STD data. Caucasians are more likely to contract STDs, particularly HIV. While poverty is a contributing factor, another factor is the population density. Most Alaskans make connections online and don’t live in large city centers. While this is good for outbreak control, it’s very poor for education and testing.

While this data is jarring, it’s important not to jump to conclusions. Without access to affordable treatment or sexual health education, it’s difficult for communities to keep themselves safe and healthy. As education efforts increase, clinicians hope to assist at-risk communities in controlling the spread of STDs. The more people in these communities know about the resources and free clinics that are available, the less STDs will spread. Consider spreading information about STD testing to remote areas that might not have great access.

As efforts increase, medical professionals are hoping that mortality rates for HIV continue to fall. While the number of cases is on the rise, mortality has been dwindling as medical advances have helped control the advance of the infection. 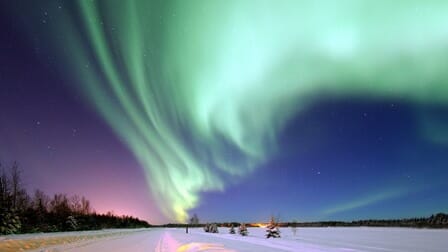 Known for its diverse landscape and fascinating people, this northern state is also dealing with a STD crisis. The number of sexually transmitted infections reported each year is rising, and without regular testing this trend is expected to continue. If the long lines at the local STI clinics are the reason you’ve been putting off testing, you do have another option. Now you can schedule confidential STD testing with one easy phone call, and only spend a few minutes at a nearby lab. This way you can take care of your sexual health, and still catch a glimpse of the Northern Lights.