Free STD Testing in the State of North Dakota

If you're looking for cheap std testing clinics in the State of North Dakota to get a HIV, Herpes, Chlamydia, Gonorrhea, Syphilis or Hepatitis screening for yourself or your partner, you can get tested today by selecting an option below to find an affordable std test clinic near you.
Same day std testing locations also available with results in 1-2 days. Learn more here.

Free STD Testing in the State of North Dakota

If you're looking for cheap std testing clinics in the State of North Dakota to get a HIV, Herpes, Chlamydia, Gonorrhea, Syphilis or Hepatitis screening for yourself or your partner, you can get tested today by selecting an option below to find an affordable std test clinic near you.

What are the STI test options in North Dakota?

Whether you’re checking out the great plains in Theodore Roosevelt National Park or skiing in Fargo, North Dakota is a state that’s full of adventures. Before you decide on your next quest, consider stopping by one of the many STD clinics in ND since Chlamydia, Gonorrhea, Hepatitis B, C, Herpes, Syphilis and HIV rates are increasing annually. While there are a number of free STD clinics, long lines are common. You can avoid the crowded waiting rooms by calling to schedule private STD testing. It only takes 15 to 20 minutes at a local lab, which still gives you time to see the exhibits at the Plains Art Museum.

Description: For STD/HIV testing the patient will need a doctor's order.

STD Statistics for the State of North Dakota

Statistics reported is based on publicly available data sources such as CDC for , ND. Data is normalized to accurately report STD Breakdown.
statistic

There are a few statewide metrics that are concerning when it comes to STDs. As previously mentioned, several STDs have shown gradual increases in their rates across the state. Residents should take immediate action to ensure that the spread of these diseases does not reach outbreak status.

The chlamydia rate saw a sharp increase between 2009 and 2010. That upward trend has continued and more cases are diagnosed year after year. It is only through increased testing and awareness about sexual health that these rates will begin to fall.

Gonorrhea rates have also seen an increase in recent years. While the numbers aren’t particularly high on their own, the rate of increase is something state residents should keep an eye on. The number of cases has doubled since 2011, and testing is the best way to combat these rapidly rising numbers.

On a positive note, education has already made a difference in the rate of syphilis in the state. in 2008, there wasn’t a single reported case across the state. These numbers saw a sharp increase the next year, but testing efforts ensured that the number fell back down over the following years. Testing can and has had a tangible impact on the health of state residents.

Education about safe sex practices can go a long way, but testing is a necessary component of keeping any community disease free. Without adequate testing, it’s impossible to control potential outbreaks of sexually transmitted diseases. 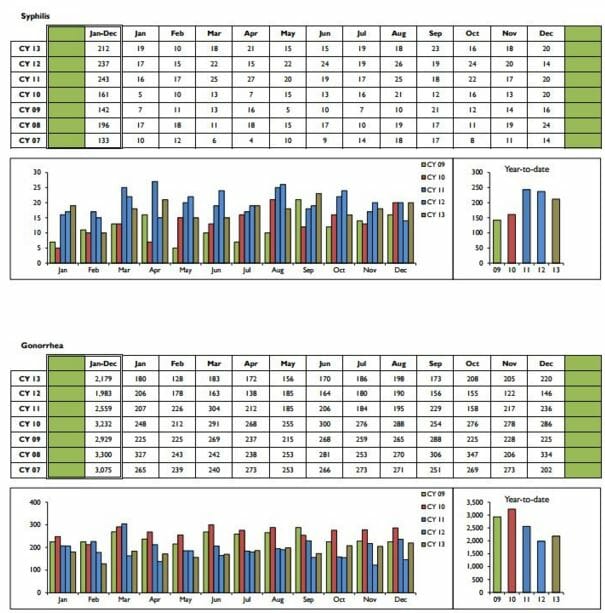 Women are also substantially more likely than men to test positive for STDs, especially Chlamydia and Gonorrhea. This means material taught in sex education classes needs to address the growing problem. North Dakota does not currently have any laws that govern sexual education in public schools. As such, community members have taken it upon themselves to increase education efforts. The Department of Public Instruction introduced some regulations to ensure education at a local level.

Health professionals rely on demographical data when they are trying to identify the causes for an area’s high STD rates. The state is home to the University of North Dakota, and college populations are known to have higher rates of STD incidents. The data shows that when large numbers of young adults reside in a small area the number of sexually transmitted diseases reported annually typically increases. Without adequate education and conveniently located STI facilities, state youth will continue to have one of the highest rates of infection.

The demographic data reveals a number of trends throughout the state. As previously mentioned, the young adult population sees significantly more STD cases each year. 20-24 year-olds see the most diagnoses when compared to other demographics. College students are among those with the highest risk for contracting a sexually transmitted disease.

These disparities are primarily due to unequal access to affordable testing centers. If more at-risk communities know the resources that are available to them, they can combat the high rates in their communities. Increased education is the best way to ensure that at-risk state residents can take control of their own sexual health. 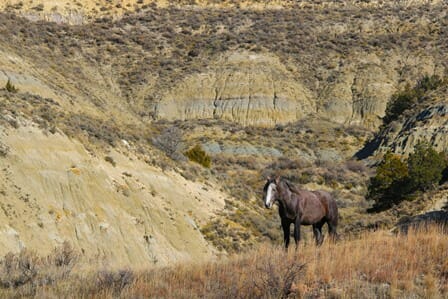 Known for its rolling plains, majestic mountains and rich Native American heritage, this midwestern state is also becoming famous for its high STD rates. With the number of new cases reported annually steadily increasing, it is important that everyone take responsibility for their sexual health. If long lines and crowded waiting rooms are the reason you’ve been putting off this important test, there is a faster and easier option. Now you can schedule confidential STD testing with a phone call, and only spend a few minutes at a conveniently located lab. This way you’ll still have time to spend the day at Devil’s Lake.