Free STD Testing in the State of West Virginia

There Are 28 Public Clinics & 3 Private STD Clinics Near You

If you're looking for cheap std testing clinics in the State of West Virginia to get a HIV, Herpes, Chlamydia, Gonorrhea, Syphilis or Hepatitis screening for yourself or your partner, you can get tested today by selecting an option below to find an affordable std test clinic near you. Same day std testing locations also available with results in 1-2 days. Learn more here.

What are the STI test options in West Virginia?

Offering beautiful sights, a deep-rooted history, and a community of kindhearted and caring individuals, West Virginia continues to be a fan favorite amongst thousands of people around the globe. Not only does the state offer a large potential for professional growth, West Virginia is also known for its vivid nightlife and traditional heritage. While taking in all that West Virginia has to offer, it’s vitally important that you regularly undertake a STD test to gauge your sexual health. Unfortunately, just like a number of other states in the United States of America, West Virginia is experiencing a heightened number of STD cases including HIV, syphilis, herpes, gonorrhea, chlamydia, and more.

Description: Public Health Department/Social Services Department. Testing is done Mon.-Thurs., 8:30am- 4pm. Please call for an appointment to be tested for HIV and to receive STD services. 304-872-5329

Description: Public Health Department/Social Services Department. TB assessments are $10.00 and TB skin tests are $20.00 Adult Hepatitis A & B vaccines now available for commercial insurances only. HIV and STD testing by appointment only

Description: Need to register as a patient to receive services. No lab work done on Sundays. Weekend no appointments, walk-ins only

Description: You need to become a patient to access services. Mon.-Fri., walk-ins 8am-5:30pm

Not Sure Which Option Is Best For You?
Let us point you in the right direction for STD testing in West Virginia

Please use the map to find a public clinic in , West Virginia
GO TO CLINIC LISTINGS ABOVE

STD Statistics for the State of West Virginia

Statistics reported is based on publicly available data sources such as CDC for , WV. Data is normalized to accurately report STD Breakdown.

STDs are becoming a larger and larger problem each and every day throughout the United States. There have been a number of government organizations that have released recent reports outline the severity of this issue, specifically for the state. These reports offer statistical insight which may lead to appropriate strategies to help decrease the number of sexually-transmitted diseases found within the state. Recently, the health and human resources department provided statistical information outlining the severity of a number of STDs including chlamydia, gonorrhea, and syphilis.

According to the report, between the years 2011 in 2015, the number of chlamydia and gonorrhea cases is plateauing. Due to the fact that chlamydia and gonorrhea cases are not sharply increasing year-to-year, this is a good sign. However, the state could be doing considerably more to help promote awareness and safe sex strategies to reduce these rates.

On the other hand, it appears that syphilis in its various forms is becoming exponentially more frequent.. According to this report:

Additionally, the Center of Disease Control and Prevention also discussed the matter and compared the statewide average to the national average. This annual report broke down the severity of Chlamydia, gonorrhea and syphilis cases by counties for individuals between the ages of 15-24.

Overall, when comparing the state average to national averages, West Virginia had a significantly lower rate. Although this is good news, there is the risk of receiving increased STD cases due to neighboring states that have significantly higher rates.

The state offers its residents, tourists, and students a number of free resources and services to help increase awareness and decrease the spread of STDs overall. For example, the statewide website offers free statistical information, resources to understand the severity of sexual transmitted diseases, and safe sex practices to help you stay healthy. Furthermore, within the public education system, all schools teach the topic of sexual health and prevention strategies towards steering clear of STDs. Finally, the city offers a wide array of locations that offer free STD testing.

Recently the health department released a report outlining the number of chlamydia, gonorrhea, and syphilis cases broken down by age between the ages of 2011 – 2015. This report revealed that individuals ages of 15 and 24 or at the most severe risk for chlamydia.

Furthermore, individuals can ages of 20 and 24 rat a significantly higher risk of contracting gonorrhea than any other age bracket. Finally, those can ages of 20 and 29 or at a heightened risk for early syphilis between the years 2011-2015. As the years progressed, it appeared as though the number of various STD cases continued to multiply throughout the population Overall.

Many community members and government officials are stepping up in an effort to address this issue. In the hopes of raising awareness for individuals can ages of 15 and 29, city and communities hope that they can get a better grasp on the rising number of various STDs throughout the state. 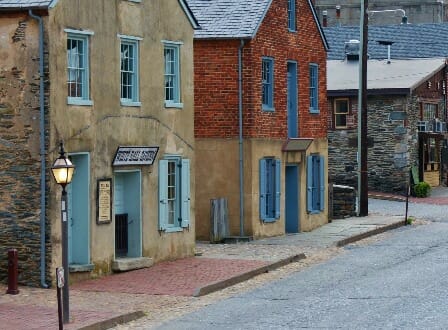 The West Virginia Department of Health and Human Resources recently released a report outlining specific demographics of those with STDs in the state (within the years 2011 and 2015). Even though African Americans make up a small portion of the state’s overall population, they remained considerably more at risk for gonorrhea and chlamydia.

Interestingly enough, within the recent Department of Health and human resources report outlining the number of chlamydia, gonorrhea, and early syphilis cases between the years 2011 and 2015, women were at a significantly higher risk of contracting chlamydia than males. Females were more than two times at risk than males, and this risk keeps increasing.

Due to this statistical information, many public officials and community members feel that more can be done to target the most at-risk demographic, providing knowledge and resources.

The state offers a number of free resources and services that offer education and protection for its residents. However, due to the rising number of STD cases throughout the state, many feel that more should be done. By targeting the most at-risk demographic, many hope that this will help reduce the number of STD cases moving forward.

While experiencing all that West Virginia has to offer, it’s extremely important that you frequently partake in STD tests. There are a number of free facilities and health clinics throughout the state that the public can use at their convenience. Additionally, there are a number of private clinics offering expedited test results. Regardless of where you go, regularly undergoing a STD test will keep you safe, aware, and proactive