Free STD Testing in the State of Delaware

There Are 386 Public Clinics & 299 Private STD Clinics Near You

If you're looking for cheap std testing clinics in the state of Delaware to get a HIV, Herpes, Chlamydia, Gonorrhea, Syphilis or Hepatitis screening for yourself or your partner, you can get tested today by selecting an option below to find an affordable std test clinic near you. Same day std testing locations also available with results in 1-2 days. Learn more here.

What are the STI test options in Delaware?

Named for the river of the same name that serves as one of its eastern boundaries, the state of Delaware is small but densely-populated, so much so that it can claim to be the second smallest state in the union but also its sixth most densely-populated at the same time. Although it has a reputation for being one of the quieter parts of the United States, it is important to note that Delawareans are not immune from the scourge that is STDs, which in turn, means that said individuals need to be aware of STD clinics and STD testing centers in DE offering private STD testing in order to safeguard their sexual health from potential threats.

Social Service Organization. Identification required for HIV testing. If you are uninsured, you may qualify for a state-funded program or a lower fee scale. Please bring the following documents: pay stub. Fees for services are based on your household income. Please bring proof of income when you arrive for your visit. You will not be turned away because of your inability to pay

Not Sure Which Option Is Best For You? Let us point you in the right direction for STD testing in , DE

STD Statistics for the State of Delaware

Statistics reported is based on publicly available data sources such as CDC for DE. Data is normalized to accurately report Delaware STD Breakdown. Demographic breakdowns are based on STD reporting available at the state level.

Delaware has some serious issues when it comes to STDs, as shown by its high rates of chlamydia compared to the rest of the United States. To be exact, the state had 627.97 cases of the STD per 100,000 people from 2000 to 2013, which was enough to make it the single worst state in this regard, beating out Alabama, Alaska, and Mississippi.  Fortunately, chlamydia is one of the less dangerous STDs because it can be cured with two doses of antibiotics on a daily basis for an entire week, though it is important to note that it can still cause infertility and other complications if it remains untreated.

With that said, other STDs remain serious issues in Delaware as well. For example, it saw an estimated 127 diagnoses of HIV in 2013, which is bad but not as bad as some of the other states out there, as shown by how it placed 35th out of 50 states in the sheer number of HIV diagnoses. Furthermore, the state seems to have a serious problem with both primary and secondary syphilis with 5.7 cases per 100,000 people, which is enough to put it at 12th out of 50 states.

Finally, it should be noted that Hepatitis A, B, and C remain one of the biggest threats to residents seeing as how chronic Hepatitis B and C were responsible for an astonishing 50 percent of chronic liver disease, which has been established as one of the leading causes of death in not just in the state but across the nation. 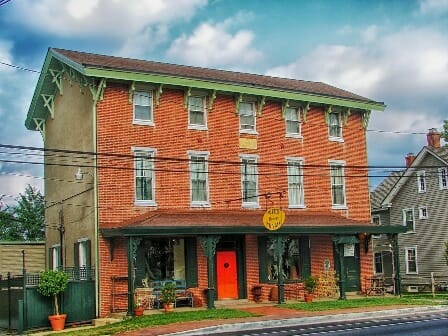 The Diamond State is not perfect when it comes to providing sexual health education to its residents. This can be seen in how a CDC source mentioned 59 percent of high school students having had sex but no more than 58.7 percent of said individuals claiming the use of a condom on the last occasion that they had sex in 2013, which is rather concerning to say the least. Such laxity could explain STD statistics such as 21 percent of new HIV diagnoses happening in young women and adolescent girls.

However, it is important to note that the state’s Department of Education takes such issues seriously, as shown by their plans to reduce both STD rates and teenage pregnancy rates in the region. In brief, it has been pushing a comprehensive sexual health education program that is based on evidence rather than other considerations, which has been combined with the provision of other forms of support from other stakeholders such as clinics, nonprofits, and even communities.

Regardless, considering the challenges that the state is facing in regards to STDs, it is clear that no segment of the population is immune from the threat of STDs. This is particularly true because it is no exempt from nation-wide trends in this regard, with an excellent example being how STDs are becoming more and more common in seniors because of better health combined with improved access to the right pharmaceuticals. Considering how the state has a bigger than average population of seniors, it is no wonder that it has been putting time and effort into reminding its older residents of the risk of STDs in much the same manner that it has been putting the same resources into informing their younger counterparts. 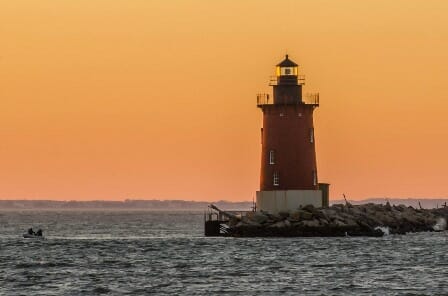 Summed up, it is clear that STDs are a serious threat to human health and happiness in Delaware. However, the state has recognized this problem, meaning that it is serious about making more resources available to those of its residents interested in protecting themselves from this threat. As a result, interested individuals should make sure to inform themselves about both STDs and ways to protect themselves from STDs, which should provide them with the best chances of becoming infected themselves. With that said, they also need to remember that even the best precautions can fail from time to time, which is why they should also make sure that they are aware of the clinics and other resources that are available to them in their communities so that they can keep a close eye on their sexual health as needed.