Free STD Testing in the State of Wyoming

There Are 13 Public Clinics & 3 Private STD Clinics Near You

If you're looking for cheap std testing clinics in the state of Wyoming to get a HIV, Herpes, Chlamydia, Gonorrhea, Syphilis or Hepatitis screening for yourself or your partner, you can get tested today by selecting an option below to find an affordable std test clinic near you. Same day std testing locations also available with results in 1-2 days. Learn more here.

What are the STI test options in Wyoming?

Between trips to Yellowstone National Park and Devil’s Tower, it’s important to get regular tests for STD’s, including Gonorrhea, Chlamydia, Herpes, Hepatitis B,C, HIV, and Syphilis. Despite the fact that Wyoming ranked 49th out of 50 states to have incidences of STD’s in 2015, health monitoring remains essential to keep clear of any possible STD outbreaks. There are free STD testing centers located throughout the state, but many have long lines and little confidentiality. Skip the lines with one simple phone call to schedule private, confidential STD testing, requiring a short 15 to 20 minute wait in the lab. There is simply too much to do and see in this fascinating state to hang around a testing facility all day.

Not Sure Which Option Is Best For You? Let us point you in the right direction for STD testing in , WY

STD Statistics for the State of Wyoming

Statistics reported is based on publicly available data sources such as CDC for WY. Data is normalized to accurately report Wyoming STD Breakdown. Demographic breakdowns are based on STD reporting available at the state level.

According to the CDC, this state remains the safest in the nation in regards to STD’s – it ranks as last in most categories. However, there remain instances of communicable diseases in the state, and proper health maintenance must remain a priority. The age group among women most at-risk for chlamydia was 20-24, while the danger zone for the same group with gonorrhea was the same in 2013. Chlamydia tends to rank higher in most categories, however, due to its habit of being symptomless.

HIV is also symptomless for a long period of time after the body contracts the disease, and Wyoming does not remain untouched by HIV/AIDS. In 213, 76% of all HIV cases were males, the rest were females. Most sufferers were white. In 2014, the Wyoming Health Department found that HIV contraction for males happened through homosexual relations a 70%, injection drug use at 10%, and heterosexual contact at 10%. Females contracted HIV through 100% heterosexual contact.

Statistically and historically, the state has remained a relatively safe place when it comes to STD’s. Of those who were tested in 2007, only one in ten had chlamydia. Less than 300 people per county tested positive for gonorrhea, while syphilis cases were non-existent. HIV is, historically, the highest contracted disease, as the chart below demonstrates: 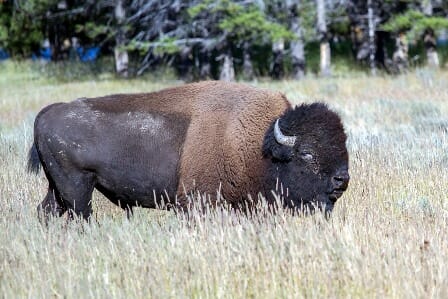 The Wyoming Department of Health takes sexual education seriously, recognizing that STD’s are still a part of the population, even if they are not prevalent in the state. The task of educating residents falls on the Wyoming Department of Education, who receives funds from the Federal government for programs. The Centers for Disease Control and Prevention – Division of Adolescent and School Health is Wyoming’s major STD prevention partner. As HIV is the largest STD, the state focuses on educating young people through the HIV Education Program, hoping to prevent further spread of the disease. Most of Wyoming’s focus on STD education is through existing school health programs at the K-12 levels. The program also focuses on other areas, such as unplanned pregnancy and prevention of other STD’s, though their focus is narrowed, as their statewide statistics are low.

Adults must also be educated, as the above chart demonstrates – the largest group to test positive for HIV was the over 45 group. The state health department answers this statistic with its comprehensive educational program, covered on their website. They embrace April, the annual month of STD Awareness, and update their website with new statistics every year. The state website points residents in the right direction to understanding the symptoms of STD’s, and what to do if an STD is suspected.

Overall, the state is focusing on the young people of the community more than the adults. They are using federal funds to target school-age children, hoping to educate as many state residents as possible before the diseases are contracted.

When Wyoming became a state in 1890, it was agreed that the state lands would be preserved to create a pathway for education and state funding. This tradition holds true today, which is part of the reason why Wyoming remains among the lowest in the nation – these coveted state lands cannot be settled. What’s more, the state ranks the lowest in population in the United States at a mere 576,626 residents in 2012. However, even with these low numbers, it remains a fact that Wyoming has seen very few gonorrhea cases, and remains among the fewest HIV and chlamydia cases in the country.

However, the state still has certain concentrated areas of population, such as the capital city located in Laramie County. This is where higher rates of STD’s are found. In 2014, there were 448 cases of chlamydia, with most of the cases hitting the 20-24 age group. Laramie is among the top three counties in the state for gonorrhea rates, with nearly 60 of 100,000 residents testing positive.

It’s apparent that higher concentrations of population are at higher risk for positive STD tests, so residents of these areas must be tested on a regular basis. What’s more, the education in these areas must remain consistent, if Wyoming’s overall state numbers are to be reduced. Confidential STI  testing is available in Laramie County so there is little reason to not get tested when living or staying in these areas.

Whether cruising through the state lands watching the natural beauty or hitting the night life in Cheyenne, it’s important to remember to take a pause for free and confidential STD testing. Staying healthy in Wyoming is the best way to see all the amazing sights over the state, including the geysers at Yellowstone, and the Native American art in the cities. When it only takes 15 to 20 minutes in a lab, with no waiting, to receive a perfect bill of health, it seems that everyone should be doing it. Get tested and explore this amazing state full of historical beauty confidently, knowing that the results are confidential, the tests are fast, and the whole process is free. The state of Wyoming is proud to rank lowest on the national STD scale, and aims to stay that way through supporting the free STD testing facilities. There seems to be no reason to delay.