Free STD Testing in the State of Rhode Island

There Are 40 Public Clinics & 7 Private STD Clinics Near You

If you're looking for cheap std testing clinics in the State of Rhode Island to get a HIV, Herpes, Chlamydia, Gonorrhea, Syphilis or Hepatitis screening for yourself or your partner, you can get tested today by selecting an option below to find an affordable std test clinic near you. Same day std testing locations also available with results in 1-2 days. Learn more here.

What are the STI test options in Rhode Island?

Often regarded for being the first colony to declare independence from British rule and being the smallest state within the continental United States, Rhode Island is the home to many and love throughout the entire world. Not only is the state small and rich in history, it also offers some truly unique activities and events to keep the community and its tourist entertained round-the-clock. While soaking up all that Rhode Island has to offer, it’s important to keep your sexual health within check. By periodically taking a STD test, you can help reduce the number of sexual transmitted diseases throughout the nation. Unfortunately, RI is experiencing a STD epidemic which is rapidly growing out of control.

Description: . Please enroll as patient to receive services. There is a small fee for HIV testing

Description: . If the office is closed, and you are experiencing an emergency, please call 911. If you are an existing patient with an urgent need, or if you need to contact one of our providers, please call 401-539-2461 and an operator will assist you

Description: . You need to become a patient to receive services. There is a small fee for HIV testing

Description: Clinic. Only eligibility requirements are that the patient is uninsured and over the age of 18. Serve anyone regardless of documentation status

Description: . The clinic primarily serves the homeless population, and others are welcomed on a sliding fee schedule. Many insurances are accepted

Not Sure Which Option Is Best For You?
Let us point you in the right direction for STD testing in Rhode Island

Please use the map to find a public clinic in , Rhode Island
GO TO CLINIC LISTINGS ABOVE

STD Statistics for the State of Rhode Island

Statistics reported is based on publicly available data sources such as CDC for , RI. Data is normalized to accurately report STD Breakdown.

A number of sexually transmitted diseases including gonorrhea, syphilis, chlamydia, HIV, and Herpes have rapidly been growing out of control within RI. Although the state has offered a number of resources and services to the general public to fight this epidemic, the STD rates are continuing to rise.

According to the Center for Disease Control and Prevention’s 2013 Rhode Island young people STD report, the state isn’t the worst when compared to the other 49 states. The report was broken down by the states counties and addressed the chlamydial, gonorrheal, and syphilis rates individually. According to this report, with 100,000 person population sample size:

Even more recently, the CDC released its annual state health profile of Rhode Island, providing up-to-date information that can provide more insight towards this unfolding epidemic. Inside the state’s health profile, statistics revealed the increasing severity for specific sexual transmitted diseases. For example, in 2009, the state had a syphilis rate of 1.9. However, in 2013, the rate sharply increased to 4.3. According to its rate, the state is now ranked 18th. Additionally, the CDC ranked the state 29th for its rate of chlamydial infections and ranked the state 43rd for its gonorrheal infections. Although the state is seeing an increase with a large number of various STDs, it appears that primary and secondary syphilis is exponentially increasing fastest.

In order to educate the state’s population regarding safe sex practices, STDs, and sexual health, Rhode Island has instilled a number of free resources and services. If a member of the community or a tourist is interested in learning more about this topic, he or she can quickly and easily log on to the government website and learn about these issues. Additionally, if they felt inclined, they could easily stop in and grab a brochure from the hundreds of health centers and clinics found throughout the state.

The state also teaches the topic of sexual health within the public education system. When students reach a certain age, they are taught sexual health, safe sex practices, and the risks associated with sexual transmitted diseases.

Finally, the state offers free STD testing for its tourist and community members. Within a few minutes on the phone, you can have your free STD test appointment set for the future.

While having all these procedures set in place to fight sexual transmitted diseases, the community found it surprising when the CDC revealed that a large majority of chlamydia and gonorrhea cases are from individuals in ages of 15 and 24. Due to this alarming statistic, many members of the community and focus of stepped up, suggesting that a public awareness campaign and teaching sexual education at younger ages within the public health system are vital steps to help reduce the number of sexual transmitted diseases are reported throughout state.

The community prides itself on the cultural diversity that makes up the population of the state. However, within the 2015 health profile of the state, it appeared that some demographics were more at risk for certain sexual transmitted diseases than others.

According to this report, in 2013 Caucasians made up more than 50% of the HIV cases within the state. Additionally, the report revealed that women were 2.3 times more likely to contract chlamydia than men.

The community as a whole and its public leaders feel that morning to be done in order to educate Caucasian women between the ages of 15 and 24. Due to the fact that this target demographic is at a severely high risk of contracting a multitude of sexual transmitted diseases, the community feels that it’s vitally important to raise awareness for these individuals. In order to successfully educate this audience, there have been talks about teaching sexual education at a younger audience throughout the public education system.

Also, due to the fact that the state hosts a number of admired colleges and post-secondary education institutions, the state sees a large number of college students traveling to its state. Additionally, due to the fact that technology is allowing for individuals to connect easier, many individuals are blaming social media technologies for the rise of sexual transmitted diseases. 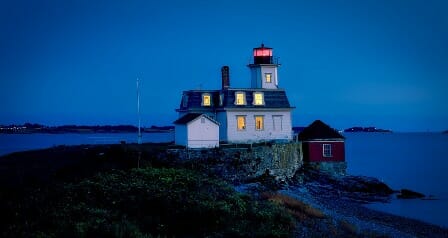 The state of Rhode Island is a home to many and adored by thousands. The state offers a number of unique activities not often seen anywhere else on the globe. While enjoying everything that the state has to offer, it’s vitally important that you do your fair share to reduce the number of sexual transmitted diseases that this state is experiencing.

The State provides free STD testing throughout dozens of and there are also private health centers offering the same service with expedited results and increased confidentiality. No matter where you take your STD test, it’s vitally important that you do your fair share to help cut down on the rising number of STD cases and keep yourself healthy, aware, and alert.