There Are 29 Public Clinics & 5 Private STD Clinics Near You

If you're looking for cheap std testing clinics in the Tullahoma area to get a HIV, Herpes, Chlamydia, Gonorrhea, Syphilis or Hepatitis screening for yourself or your partner, you can get tested today by selecting an option below to find an affordable std test clinic near you.
Same day std testing locations also available with results in 1-2 days. Learn more here.

There Are 29 Public Clinics & 5 Private STD Clinics Near You

If you're looking for cheap std testing clinics in the Tullahoma area to get a HIV, Herpes, Chlamydia, Gonorrhea, Syphilis or Hepatitis screening for yourself or your partner, you can get tested today by selecting an option below to find an affordable std test clinic near you.

Questions about STD Testing?
Call at 1-800-666-1250 ( 8AM-5PM MON-FRI )
Call at 1-800-666-1250 ( 8AM-5PM MON-FRI )
COMPARE TESTS AND PRICING FIND A CLINIC IN Tullahoma
DISCLAIMER
Safer STD Testing is an informational referral website. It refers customers to nationally reputed private STD Testing service providers (“Preferred Service Providers” or “Advertisers”). Safer STD Testing is not a medical or healthcare professional facility or a provider of any medical or healthcare services. Safer STD Testing gets compensated on net purchase of products or services by our users referred to such Preferred Service Providers. Click here to read our full disclaimer.

What are the STI test options in Tullahoma,TN?

Tullahoma is a city in Coffee and Franklin counties within the South Central Tennessee Public Health Region. HIV surveillance data from the inherent counties indicated a gradual drop in new HIV infections between 2016 and 2018. There were 26 new infections in 2016, 21 in 2017, and 16 in the last year of reference.

The South Central Tennessee Public Health Region has shown promising results in preventing the further spread of HIV infection. However, more needs to be done concerning the other STDs.

Local health departments in the region can create a consolidated funding strategy that provides access to care and preventative options for high-risk individuals and STD-positive persons. Also, they can offer demographically-tailored sexual health education and other preventive measures such as condoms.

Word of caution, though, clinics that may provide free STD testing may not do so for all the tests, and others don’t guarantee anonymity during your visit.

Description: Public Health Department/Social Services Department. Hepatitis A, B, and HPV vaccines available to those 18 and under who are eligible for the Vaccines for Children (VFC) program.

Description: Public Health Department/Social Services Department. Hepatitis A and B vaccines available to those 18 and under through the Vaccines for Children (VFC) program. Free condoms available.

Description: Cash only practice however patients (for visits), but will prescribe medications applicable to the patient's insurance. By appt only

You should show up with your photo ID and insurance card to all your appointments, but services are available regardless of your insurance status. The clinic accepts all major health care plans but if you're uninsured, you'll use the available self-pay options, including cash, checks, and credit cards, to clear your bill. You may be eligible for the financial assistance program if you're uninsured, underinsured, and have an income below 200 percent of the Federal Poverty Level.

The healthcare providers will give you an appropriate diagnosis, and counsel you on where you'll get medical care. They'll also train you on how to prevent contraction or reinfection in the future.

New Market Clinic features an on-site pharmacy with helpful professionals that offer pharmaceutical information and outpatient prescription services. The pharmacy supports the 340B Program to provide discounts to clients seeking to buy medications. You can conveniently create your appointment on the clinic's website. 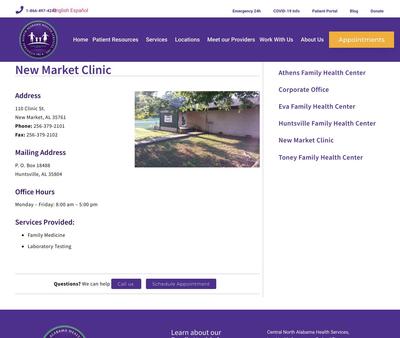 Boro Medical & Lifestyle Clinics is a safe and confidential environment that offers medical care to residents of Murfreesboro, TN, and the surrounding cities, including Tullahoma, TN. While at the clinic you'll receive personalized STI testing and treatment after assessing your needs. You can also ask your assigned physician to offer you immunization, gynecological care, pre and post-conception counseling, and smoking cessation.

The staff will only serve you if you show up for your STD appointment with a face mask. STD services are available to the LGBTQ+ community. Additionally, the staff can bill your insurance or offer you cash payment options if you're uninsured.

The medical team on location will carefully assess your condition and give an accurate diagnosis after your STD test yields results. If you test positive, a physician will prescribe medication and may counsel you on the importance of using prevention supplies and adhering to your treatment plan. You'll get PrEP therapy solutions if you have a high chance of getting HIV.

Boro Medical & Lifestyle Clinics has an online booking portal that allows you to plan a doctor visit from anywhere. The staff is welcoming to all patients, including the LGBTQ+ community, and attends to them with dignity and respect in a non-judgemental setting. Confidential hormone replacement therapy services are also available. 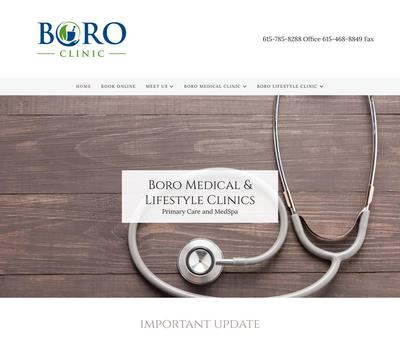 Nashville CARES was founded in 1985 to offer comprehensive HIV/AIDS services to Tennessee residents. It achieves this through offering HIV prevention, advocacy, care, and support solutions. The clinicians offer rapid HIV/Hepatitis C testing. Other HIV-associated services you'll get include behavioral health. A certified testing counselor will handle your HIV testing procedure, which only takes 20 minutes to complete.

You can call the hotline number to book your testing appointment, and you won't need to pay for the service. You can also request OraQuick in-home HIV screening kits.

After undergoing tests, the counselors on location will offer you education on tools you can use to keep your safe HIV-free or manage your condition appropriately. You'll also get PrEP drugs if you're in need. The medical team will prescribe the right medication if your test turns out positive.

Nashville CARES has the Insurance Assistance Program to help low-income HIV patients pay monthly premiums, copays, deductibles, and prescriptions. It also features multiple dietary assistance programs that help PLWHA to meet their nutrition requirements through supplying food bags and offering home-delivered meals. Transportation resources, including gas cards and bus passes, are present to help you attend all your medical appointments if you can't afford them. 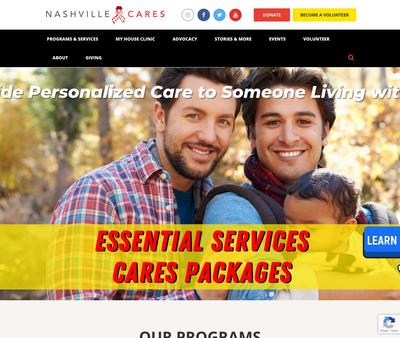 Coffee County Health Department's objective is to safeguard and improve the health conditions of individuals and families living in Tennessee. A nurse practitioner will deliver HIV/STD testing and treatment services if you ask. Other solutions include immunization, women's health, prenatal and primary care, Tuberculosis control, and dental care.

The health center will offer you STD services after you schedule your appointment. You may have to pay for the services you get, but the staff will bill your insurance if you're enrolled in one. You may qualify for one of the multiple assistance programs the health department offers.

After conducting your test precisely, the doctors will give you diagnostic and counseling services, followed by treatment. Also, you can get Hepatitis and HPV vaccines if you're at a high risk of contraction. Your physician will assess your advanced STD care needs and connect you with a specialist that'll offer you proper help to regain your sexual health. 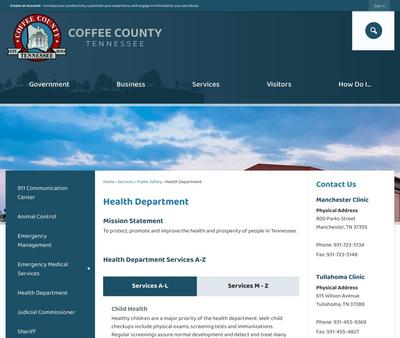