There Are 11 Public Clinics & 3 Private STD Clinics Near You

If you're looking for cheap std testing clinics in the Artesia area to get a HIV, Herpes, Chlamydia, Gonorrhea, Syphilis or Hepatitis screening for yourself or your partner, you can get tested today by selecting an option below to find an affordable std test clinic near you.
Same day std testing locations also available with results in 1-2 days. Learn more here.

There Are 11 Public Clinics & 3 Private STD Clinics Near You

If you're looking for cheap std testing clinics in the Artesia area to get a HIV, Herpes, Chlamydia, Gonorrhea, Syphilis or Hepatitis screening for yourself or your partner, you can get tested today by selecting an option below to find an affordable std test clinic near you.

Questions about STD Testing?
Call at 1-800-666-1250 ( 8AM-5PM MON-FRI )
Call at 1-800-666-1250 ( 8AM-5PM MON-FRI )
COMPARE TESTS AND PRICING FIND A CLINIC IN Artesia
DISCLAIMER
Safer STD Testing is an informational referral website. It refers customers to nationally reputed private STD Testing service providers (“Preferred Service Providers” or “Advertisers”). Safer STD Testing is not a medical or healthcare professional facility or a provider of any medical or healthcare services. Safer STD Testing gets compensated on net purchase of products or services by our users referred to such Preferred Service Providers. Click here to read our full disclaimer.

What are the STI test options in Artesia,NM?

To extend the life and improve the health of the underserved individuals living with HIV, the Eddy County-Artesia Public Health Office is part of the Federal Ryan White HIV/AIDS Program and AIDS Drug Assistance Program that helps low-income HIV patients who qualify access HIV-related medication, assistance with medical insurance, and copayments.

Although free STD testing may be available in some of the medical facilities in Artesia, NM, the clinics may be very far from the city, and you may not be eligible for the no-cost service services, especially if you are over 20 years.

If you are at risk of contracting HIV or an STD, you would be better off contacting any of the following STD/HIV testing sites situated across Artesia, NM, such as Eddy County Health Department, Artesia General Hospital - Memorial Family Practice, or Artesia VA Clinic.

STD testing services are available to women. You should carry your picture ID or driver's license to your appointment. Additionally, the staff takes several insurance plans, and if you're a self pay client you can qualify for the sliding scale fee discount program based on your income and family size. The staff will take your payment at the time of service. Also, it collects co-pays during the registration process.

The clinicians can advise you in detail to help you avoid contraction. The staff will then link you with an STD specialist to receive the care you need.

La Casa Family Health Center- Roswell supports the 340 B Program to offer medication assistance to patients who can't afford to buy all their prescriptions. It also has a patient portal to boost the convenience of requesting medication refills, planning doctor appointments, and viewing health records. You can also schedule your medical appointment swiftly by tapping the booking tools on the clinic’s website. 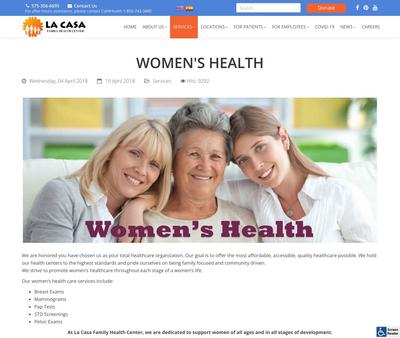 Founded in 1993, Alianza of New Mexico offers HIV resources, medical care, and support services to help improve the well-being of PLWHA in the Artesia, NM, area. Its healthcare providers will offer rapid HIV/Hepatitis/Syphilis screening services, and the results of your HIV test will be out before your appointment ends. Additional solutions include medication-assisted treatment for substance abuse patients.

You’ll receive free HIV, Hepatitis, and/or Hepatitis tests in a non-judgemental environment. Additionally, the staff welcomes walk-ins, but you can also call to schedule an appointment.

Doctors at the onsite HIV medical clinic will design a treatment plan that’ll help your body suppress the viral load. However, if your HIV test turns out negative, the testing counselors will educate you about PrEP and link you to a provider to get the medication. The staff will refer you to another clinic if you need full-panel STD testing services.

Alianza of New Mexico has a food assistance program to supply PLWHA with nutritious meals. You can also receive financial help in the form of transportation to your HIV medical appointments. The billing staff can also take you through the steps of insurance enrollment if you request. The clinic also has the HIV and STD Prevention Program to provide in-office and outreach screening services to help minimize infection rates in the community. 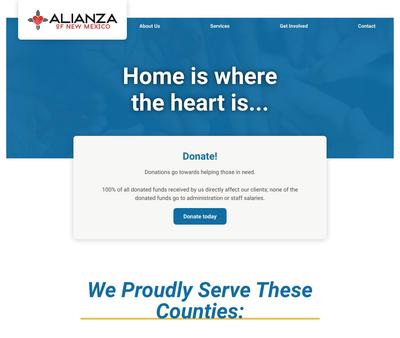 Artesia VA Clinic provides medical solutions to veterans and their families to help improve their well-being and prevent disease. Your testing counselor can offer you HIV testing and treatment solutions if you need them. Also, you can get mental health, immunization, dental and women's health care, and drug and alcohol abuse treatment.

The staff will offer HIV services on an appointment booking basis if you're a veteran.

The staff can provide you with Hepatitis A or B jabs if you're at risk of contracting the STI. Additionally, you can get prevention advice, and doctors can create and implement a treatment plan if your HIV test is positive.

Artesia VA Clinic has a patient portal where you can log in from any location to schedule or cancel medical appointments, communicate with your assigned doctor, or make a prescription refill request. The clinic also features an onsite pharmacy to increase patients’ convenience while accessing their medication. Telehealth services are also available. The facility participates in research for advanced HIV treatment processes to help design more workable treatment plans for patients. 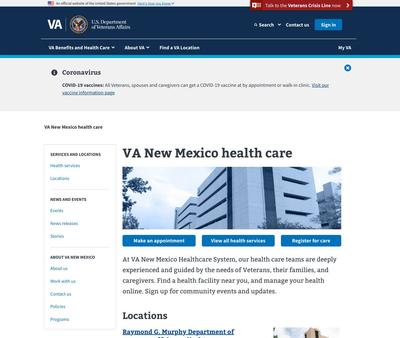 The clinic is closed between 12:00 pm and 1:00 pm from Monday through Friday.

The staff will administer a Hepatitis jab if you’re at risk of contracting Hepatitis. Additionally, the staff will give you a PEP prescription if you’ve been exposed to HIV within 72 hours. Also, if your STD test turns out positive, the medical teaam will analyze your sexual health status and offer the necessary medical care to help reduce or eliminate the symptoms. However, you may get a treatment referral if your HIV test yields positive results.

The doctors at Chaves County_Roswell Public Health Office prefer serving patients on an appointment basis but also accommodate walk-in clients. Additionally, it supports the New Mexico Title X Family Planning Program to ensure patients get free or low cost family planning services. Through the Harm Reduction Program, the staff will offer you injection materials and take you through overdose prevention training if you're an IV drug user. 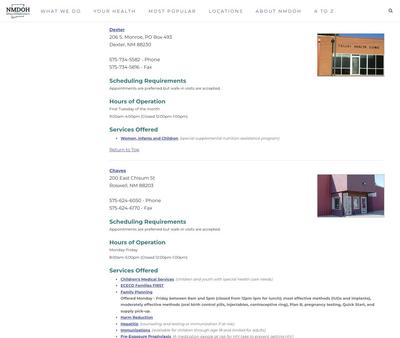