Free STD Testing in the State of Mississippi

There Are 116 Public Clinics & 4 Private STD Clinics Near You

If you're looking for cheap std testing clinics in the state of Mississippi to get a HIV, Herpes, Chlamydia, Gonorrhea, Syphilis or Hepatitis screening for yourself or your partner, you can get tested today by selecting an option below to find an affordable std test clinic near you. Same day std testing locations also available with results in 1-2 days. Learn more here.

What are the STI test options in Mississippi?

Mississippi is the home of the delta blues, down home southern cooking, and gulf shrimp. It is also second in state rates for Sexually Transmitted Diseases (STD) like Chlamydia, Gonorrhea, Hepatitis, Herpes, Syphilis, and HIV in the U.S., making a regular trip to an STD Clinic essential. Free STD testing centers are available in the state but they can be very busy, and even after the test you wait for days or weeks for the results. But you can visit a new STD clinic where private STD testing is available by appointment and a visit takes 15 to 20 minutes. Afterwards you are free to eat your way through an event like the annual Coliseum Crawfish Music Festival in Biloxi.

. Sliding Fee Discount Program is based on family size and income

Hospital. Must be a member of the Mississippi Band of Choctaw Indians or eligible under IHS criteria

. Need to register as a patient. STD testing by appointment only

. Sliding Fee Discount Program is based on family size and income

Not Sure Which Option Is Best For You? Let us point you in the right direction for STD testing in , MS

STD Statistics for the State of Mississippi

Statistics reported is based on publicly available data sources such as CDC for MS. Data is normalized to accurately report Mississippi STD Breakdown. Demographic breakdowns are based on STD reporting available at the state level.

Nicknamed “The Hospitality State” and since 2011 it has been ranked as the most religious state in America. In 2013 the Center for Disease Control and Prevention (CDC) ranked it as #2 state for STD infection (Louisiana was #1), making it to the top a list that not many are proud of. The CDC ranked the state’s infection rates 1st for Chlamydia, 1st for Gonorrhea, 11th for Syphilis.

The statistics show the growth in STD cases and the importance of being tested for STDs. Some additional statistics that highlight the concern in young adult’s especially young women as collected by the CDC and the Mississippi Department of Health include: 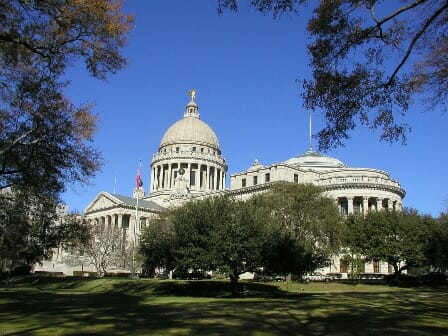 Parts of the law were designed to appease conservatives in this deeply religious state who resist the efforts of those who want to teach about safe sex. In the 2014-15 school year, the Mississippi Department of Education reported that 64 percent of districts chose a middle ground, implemented “Choosing the Best” sex-education curriculum, which is designated as both “abstinence only” and “abstinence plus” depending on how each school district decides to use. In some classes, the only focus about condoms is to highlight their failure rates. The law also requires that students be taught that homosexual activity is illegal in the state.

The state has the second highest teen-birth rates in the country at 38 births per 1,000 girls in 2014. Education programs are a good place to begin bringing that teen birth rate down, but it will take many years. 58 percent of state high school students say they have had sex by the end of 12th grade, the second-highest percentage in the nation. Only 38 percent girls who have a child before age 18 get a high school diploma by age 22. (data from CDC)

Recent research on comprehensive sexuality education has shown that young people who receive complete and accurate information about condoms, abstinence, and contraception were not more likely to be sexually active or be infected by an STD, but were dramatically less likely to be involved in teen pregnancy. They learn that along with regular HIV testing, Herpes testing is very important since viral infections such as Herpes can be transmitted through asymptomatic casual contact with someone that has no visible symptoms.

The 2012 Mississippi Fact Sheets on STDs report that 15 to 24 year olds account for 67 percent of gonorrhea infections, 76 percent of chlamydia infections and 42 percent of primary and secondary syphilis infections. The Centers for Disease Control and Prevention states that 30.2 percent of people living with HIV in the state are ages 13 to 24, A large factor is the social acceptance of sexual activity combined with alcohol and drugs, which hinders your ability to choose safe sex. The state is ranked in many polls as the most religious state in America, with 59% of Mississippians referring to themselves as very religious.

With a very religious population, a high poverty rate and a low rate of health insurance coverage, the population of the state is at risk for STD infections. Citizens have very few health care options when they feel there is an issue that needs to be dealt. These factors result in high STD rates attributed to a lack of education as well as little funding for programs that offer free assistance.

Mississippi does not get the same attention as some of the southern states, but it has a vibrant culture all its own. The high rate of STDs shows that you need to be aware and tested on a regular basis. You should not worry about passing something on to a partner, or the thoughts of spending hours waiting to be seen at a free STD clinic keep you from STD testing. There is a choice that lets you make an appointment for same day STD testing, avoid the hassles and save precious time. Invest 20 minutes for your health and the health of the ones you love, then get ready for an evening out to enjoy fried green tomatoes and a great blues band.