Free STD Testing in the State of New Mexico

There Are 42 Public Clinics & 4 Private STD Clinics Near You

If you're looking for cheap std testing clinics in the state of New Mexico to get a HIV, Herpes, Chlamydia, Gonorrhea, Syphilis or Hepatitis screening for yourself or your partner, you can get tested today by selecting an option below to find an affordable std test clinic near you. Same day std testing locations also available with results in 1-2 days. Learn more here.

What are the STI test options in New Mexico?

When someone speaks of New Mexico, you might think of the beautiful scenery Mother Nature provides, the highly respected educational institutions, or the south-of-the-border fashioned activities that many enjoy. It’s true that NM is a beautiful state with a wide array of unique activities to partake in, but it’s also experiencing a STD epidemic that is yet to be tamed. While taking in all that NM has to offer, be sure to take your periodic STD test, keeping you alert, aware, and healthy. Setting up an appointment for an STD test is easy, confidential and quick. Within a few minutes, you’ll have your appointment set within the immediate future.

. Need to register as a patient to receive services

. Need to become a patient to receive services

Not Sure Which Option Is Best For You? Let us point you in the right direction for STD testing in , NM

STD Statistics for the State of New Mexico

Statistics reported is based on publicly available data sources such as CDC for NM. Data is normalized to accurately report New Mexico STD Breakdown. Demographic breakdowns are based on STD reporting available at the state level.

Just like the other states populating the continental United States, New Mexico is experiencing a sharp increase in STDs of various forms including HIV, AIDS, herpes, syphilis, chlamydia, and even gonorrhea. Throughout the years the number of annual cases has continued to grow at a faster rate, causing concern from the community and public.

In 2013, the Center for Disease Control and Prevention (CDC) released its annual health report regarding the number of STDs within the state of New Mexico individuals ranging between the ages of 15 and 24. This report broke down the state by its numerous counties and spoke in detail about three specific STDs, chlamydia, gonorrhea, and syphilis. With 100,000 person population sample size, NM:

The report also elaborated on the statewide rates for the three sexually-transmitted diseases and compared this rate to the continental United States average rate. According to this report, New Mexico had an overall rate or chlamydia of 2649, a rate of 317.2 for gonorrhea, and a rate of 10.3 for primary and secondary syphilis. On the other hand, the chlamydial rate for the continental United States averaged to 2160.2, gonorrheal rate of 421.3 and a primary and secondary syphilis rate of 10.3.

Even more recently, within the 2015 New Mexico STD Surveillance Report, statistical and historical information reveals the exponential rate of prevalent STDs within the region. From 1989 to the present day, the states chlamydial rate has remained a ball of the national average minus one year. For the rest, the states average and the national average have continued to increase from the 100s to more than 450. The report even went as far as ranking NM fourth within the nation for its chlamydial rate. 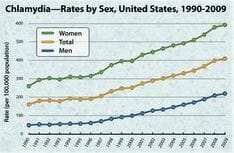 NM provides its community with a number of resources and services that both serve as prevention tools against sexual transmitted diseases. Throughout the state there are a number of health centers and clinics that provide brochures and pamphlets offering extensive information regarding the severity of sexual transmitted diseases, safe sex strategies, and awareness regarding services that are free to the public.

Within the look education system, all students are taught the topic of sexual health, STDs, and safe sex practices. Public school seven doing this for number of years in the hopes of reducing the number of sexual transmitted disease cases and promoting safe sex techniques.

Additionally, the state offers its residents free STD testing in dozens of locations. A resident of New Mexico simply needs to set an appointment and show up, take the test and wait to recieve the results within a matter of a few days.

Within the 2015 New Mexico STD Surveillance Report, statistical data revealed that the most at risk individuals for chlamydia and gonorrhea were those between the ages of 20 to 24 and follow closely by those between ages 15 through 19. Community members and public officials feel that more needs to be done in order to educate the 15 – 24 age group within NM.

While the state of New Mexico is populated with a diverse set of individuals, it appears that some individuals are at a significantly higher risk of sexual transmitted diseases.

With regards to chlamydia, the statistical information revealed that two ethnicities were proportionately more at risk for sexual transmitted diseases. More specifically, African-Americans have the highest rate in 2015, followed by American Indian ethnicities in the year 2015.

Additionally, the health profile help to shed light on the fact that females remained significantly more at risk for chlamydia than males.

While the state as a whole is experiencing an epidemic like the other states in the nation, a specific demographic is significantly more risk than most. Many public officials and community members feel that educating this specific target audience will help drastically reduce the number of sexual transmitted diseases experienced annually throughout the state and will continue reducing the rates throughout the following years. There have been many talks about a public awareness campaign, teaching sexual education at younger ages, and teaching community members about to the free STD testing within the state. 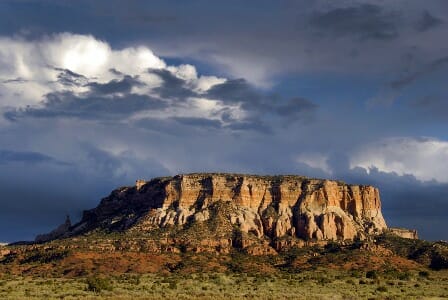 Those who live within New Mexico understand the beauty the state offers as well as the numerous unique activities and events offered throughout the state. However, while partaking in the unique events and am has to offer, it’s vitally important that you take the time to touch base with your sexual health. By undergoing a STD test you can keep yourself healthier, more aware, and help reduce the national spread of sexually transmitted diseases.

As a whole, the state offers a number of free educational resources and also offers services to help keep you aware. For example, the state offers a number of free STD testing facilities throughout the state and there are a number of private health centers that can offer expedited results and increase confidentiality. Regardless of where you take your STD test, it’s important you do your fair share to cut down on the national spread of sexual transmitted diseases the nation is seeing.