Free STD Testing in the State of Utah

There Are 23 Public Clinics & 4 Private STD Clinics Near You

If you're looking for cheap std testing clinics in the State of Utah to get a HIV, Herpes, Chlamydia, Gonorrhea, Syphilis or Hepatitis screening for yourself or your partner, you can get tested today by selecting an option below to find an affordable std test clinic near you. Same day std testing locations also available with results in 1-2 days. Learn more here.

What are the STI test options in Utah?

Utah is home to Arches National Park, a variety of ski resorts, and Salt Lake City’s gorgeous Temple Square. While it’s tough to decide what to do across UT, you might want to stop by one of the state’s many STD Clinics to get yourself tested. While many think that they are practicing safe sex, it is still important to get tested regularly. Utah has experienced an outbreak of gonorrhea the past five years that is staggering. There are plenty of free STD testing centers, but these facilities often come with long lines. You can also schedule private STD testing, and only spend 15 to 20 minutes in a local lab. While STDs are significantly more common in dense city centers, it’s important that residents of all counties are tested regularly. It’s a quick and painless procedure.

Description: Community Based Organization. The Health Center offers specialized services to meet the needs of the Cedar, Indian Peaks, Kanosh, Koosharem, and Shivwits Bands of the Paiute Indian Tribe and migrant and seasonal agricultural workers and their families

Not Sure Which Option Is Best For You?
Let us point you in the right direction for STD testing in Utah

Please use the map to find a public clinic in , Utah
GO TO CLINIC LISTINGS ABOVE

STD Statistics for the State of Utah

Statistics reported is based on publicly available data sources such as CDC for , UT. Data is normalized to accurately report STD Breakdown.

According to data released by the state health department and CDC, the number of STDs reported each year is rising at an alarming rate. In less than five years, cases across Salt Lake City increased from around 200 cases per year to over 1,000 cases per year.

This increase was so sharp that state legislators were forced to scramble additional resources to the Salt Lake City area. This is one of just a few alarming STD trends across the state.

While much of the state’s focus has been on the gonorrhea outbreak, chlamydia rates have also been increasing over the past decade. Women between the ages of 15-24 are the most at-risk age group for STDs in general, so it’s important to note that their rates are also increasing for chlamydia.

Rates of transmission for both gonorrhea and chlamydia are substantially worse in dense city centers like Salt Lake City. The young adults of these cities are most at-risk.

If everyone makes a concentrated effort, the number of infected individuals will see a significant decline over the next few years. Don’t ignore the warning signs that are present in the statistics. It’s important to take preventative action against further outbreaks. 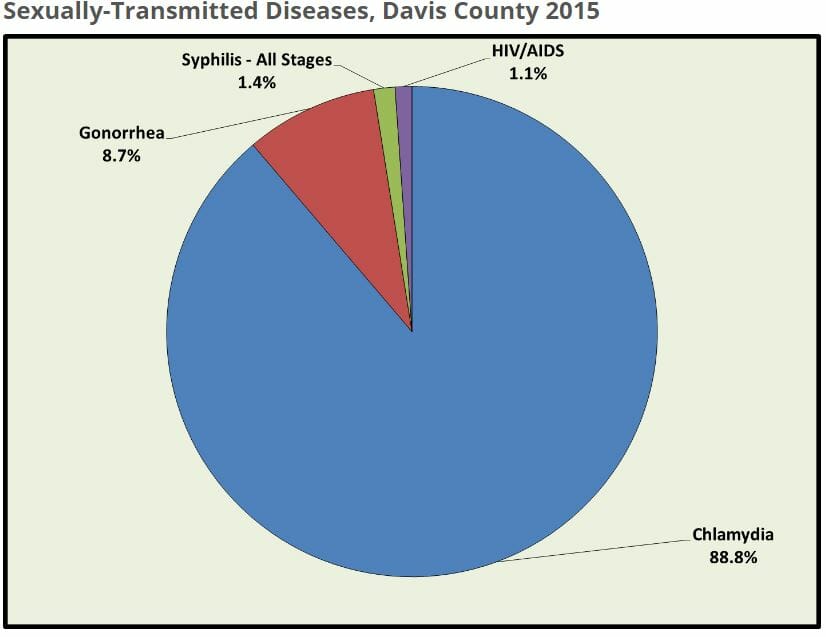 As previously mentioned, STD transmission is a health problem for women between the ages of 15-24. Because young adults are at risk, education is a priority for officials across the state. It is only with comprehensive sexual education that younger members of the community will have the tools that they need to keep from contracting and spreading these diseases.

The recent increase in gonorrhea rates over the past five years was significant enough to worry some state leaders. In response, they have made an effort to increase education in the public school systems.

Even though some students are receiving comprehensive sex education in school before graduation, the majority are only taught abstinence based material. This means that many teens and young adults do not understand the importance of regular STD testing.

Regular Herpes testing in Utah can effectively prevent the spread of the virus through high schools. Regular HIV testing in Utah is also important, and the simple procedure could potentially save your life.

Studying demographics is one way health officials can target their awareness efforts in areas that have the highest STD rates. The state has seen an increase in sexual promiscuity with the rise of dating apps like Tinder. This trend is typically most common in large cities like Salt Lake City. It also has a large university population.  With large centers of young people living together, it’s a perfect recipe for an outbreak without proper testing and education.

While STDs across the state are disproportionally more common in African American and Hispanic communities, recent data suggests that Caucasian men and women are transmitting gonorrhea at faster rates. The gender gap is also worth considering, as women are significantly more likely to contract Chlamydia across the state.

Overall, African American and Hispanic communities share the biggest risks when it comes to STD transmission. There are a variety of factors that cause these rates to be so high when compared with population percentages. For a long time, these groups did not have equal access to education or testing.

Without access to affordable treatment or sexual health education, it’s difficult for communities to keep themselves safe and healthy. These are only two of the problems that need to be resolved before the state starts to see its STDs rates decrease. 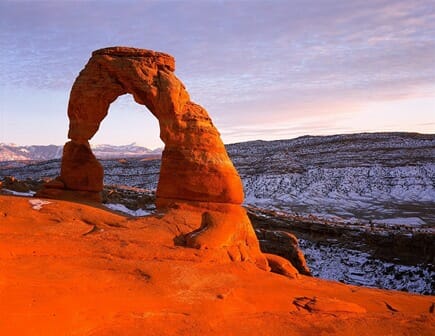 Before strolling around temple square or hiking through monument Arch, it is important to take a few minutes to take responsibility for your sexual health. The number of STDs reported each year is increasing, and this means that it is important to get tested. If you want to avoid the long lines and crowded waiting rooms at the community STI facilities, there is an easier way for you to take care of your sexual health. With one phone call, you can schedule confidential STD testing. This way you only have to spend a few minutes at a local lab.