There Are 49 Public Clinics & 7 Private STD Clinics Near You

If you're looking for cheap std testing clinics in the Beech Grove area to get a HIV, Herpes, Chlamydia, Gonorrhea, Syphilis or Hepatitis screening for yourself or your partner, you can get tested today by selecting an option below to find an affordable std test clinic near you.
Same day std testing locations also available with results in 1-2 days. Learn more here.

There Are 49 Public Clinics & 7 Private STD Clinics Near You

If you're looking for cheap std testing clinics in the Beech Grove area to get a HIV, Herpes, Chlamydia, Gonorrhea, Syphilis or Hepatitis screening for yourself or your partner, you can get tested today by selecting an option below to find an affordable std test clinic near you.

Questions about STD Testing?
Call at 1-800-666-1250 ( 8AM-5PM MON-FRI )
Call at 1-800-666-1250 ( 8AM-5PM MON-FRI )
COMPARE TESTS AND PRICING FIND A CLINIC IN Beech Grove
DISCLAIMER
Safer STD Testing is an informational referral website. It refers customers to nationally reputed private STD Testing service providers (“Preferred Service Providers” or “Advertisers”). Safer STD Testing is not a medical or healthcare professional facility or a provider of any medical or healthcare services. Safer STD Testing gets compensated on net purchase of products or services by our users referred to such Preferred Service Providers. Click here to read our full disclaimer.

What are the STI test options in Beech Grove,IN?

The Indiana State Department of Health, through its Division of HIV/STD/Viral Hepatitis, provides testing, treatment, education, and policy and resource development, enabling it to implement effective intervention and mitigation measures to curb the spread of STD/HIV among resident, including those in the Beech Grove area. The Marion County Public health Department also operates a comprehensive STD Program that entails integrated STD/HIV infection services, including the Ryan White Services Program, to support PLWHA.

City dwellers can also access free STD testing at some local hospitals but may be required to meet some specific criteria, and doctor consultation might be an extra charge.

Description: Need to register as a patient. Appointments can be scheduled at any of HealthNet's locations. Call for details

Description: Women and men of reproductive age in need of family planning services.

Description: Closed from 12pm to 1pm

STD Statistics In Marion County, IN

Shalom Health Care Center provides medical services to the people of Beech Grove, IN, and its neighborhoods. You can access breast and cervical cancer screening, immunizations, chronic disease screenings, and STD testing and treatment services on location. Also, the medical practitioners offer diabetes and high blood pressure management and substance use disorder treatment.

Confidential STD services are available at the clinic on an appointment basis. Laboratory fees apply. Therefore carry your insurance card. The staff offer discounts for essential services based on family size and income.

The clinic has the Healow mobile app, an online platform that provides telehealth services if you can't attend your doctor appointment in person. It also has a translation service that makes it convenient for non-English speakers seeking medical services. You can also take advantage of family planning services offered at the clinic. 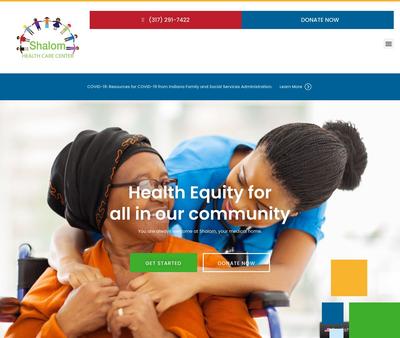 Developed in 1987, Damien Center is a faith-based organization that provides health care services and support to people living with HIV in Beech Grove, IN, and its environment. The clinic offers HIV testing, treatment, and counseling. Its medical practitioners also deliver harm reduction services and STD testing and referrals.

Confidential HIV testing is available to individuals aged 13 and above. The staff offers HIV services at no charge and accepts walk-in testing. However, you can call to schedule an appointment if you prefer the option.

Your doctor will advise you on prevention education and transmission education. If you test positive, your physician will evaluate your needs and craft a treatment plan to suit your needs. If you are at a high risk of contracting HIV, your doctor may recommend PrEP to you.

The center features HeyMistr and HeySistr Programs which deliver free PREP and PrEP test kits to your doorstep. The clinic has care coordinators who will help you get emergency financial assistance and also access to health insurance options. Fresh, frozen, and dry foods are also available, courtesy of the Coby Palmer Food Pantry to ensure you get the meals you need to be healthy while managing your HIV condition. 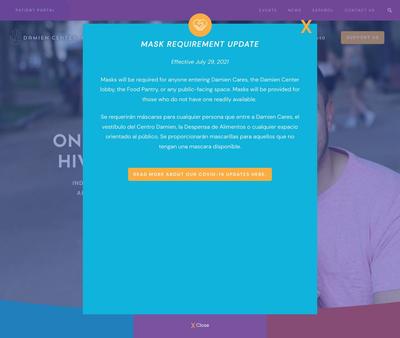 Step-Up, Inc is a non-profit agency that provides medical care to people living with HIV in Beech Grove, IN, and its environment. You can discuss your HIV testing, treatment, and counseling options with one of the readily available physicians and get the necessary services. The nurse practitioners utilize the rapid HIV testing method which yields results within one minute. You can also receive substance use disorder counseling and STD testing.

Free and confidential HIV testing is available at the clinic. You can get the services after scheduling your appointment on the center's online site.

Your physician will offer you an intensive medical solution crafted to suit your needs if you test positive. You may also receive safe sex education, transmission education, nutrition counseling, and mental health counseling. If you are prone to contracting HIV, your clinician may recommend PrEP.

Through the Re-entry program incarcerated people continue to get care services to continue living healthily. Moreover, the Indiana Peer Education Program (INPEP) aims to reduce disease transmission by educating imprisoned people. The center has case managers that assist you get emergency financial assistance, legal services, and other utilities. You can join support groups to meet and share experiences of living with HIV to fellow patients and the staff. 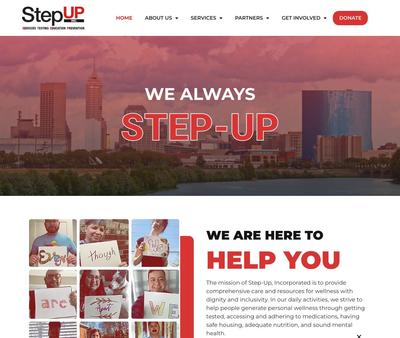 STD services are available on an appointment basis only. No parental or guardian consent is needed if you're a teen above 14 years. The staff accepts cash, checks, and credit card payments.

Your clinician will offer advice on preventing STD contraction in the future. Your physician will offer a prescription if you receive a positive diagnosis. If you test positive for HIV, you will receive counseling on viral suppression and safe sex education.

Bell Flower Clinic features the Ryan White Services Program that enables people living with HIV to access medication, health insurance, and other utilities. The clinicians offer confidential medical solutions. You can access partner notification services for Gonorrhea, Syphilis, and HIV. The solutions include treatment coordination and free screening for your syringe-sharing or sex partner. 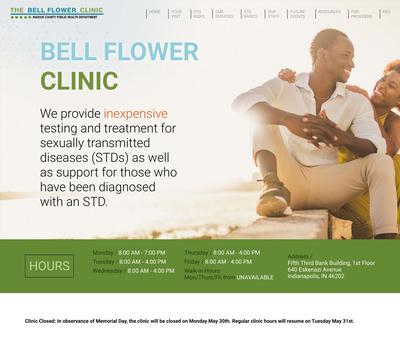