There Are 33 Public Clinics & 9 Private STD Clinics Near You

If you're looking for cheap std testing clinics in the Greenwood area to get a HIV, Herpes, Chlamydia, Gonorrhea, Syphilis or Hepatitis screening for yourself or your partner, you can get tested today by selecting an option below to find an affordable std test clinic near you.
Same day std testing locations also available with results in 1-2 days. Learn more here.

There Are 33 Public Clinics & 9 Private STD Clinics Near You

If you're looking for cheap std testing clinics in the Greenwood area to get a HIV, Herpes, Chlamydia, Gonorrhea, Syphilis or Hepatitis screening for yourself or your partner, you can get tested today by selecting an option below to find an affordable std test clinic near you.

Questions about STD Testing?
Call at 1-800-666-1250 ( 8AM-5PM MON-FRI )
Call at 1-800-666-1250 ( 8AM-5PM MON-FRI )
COMPARE TESTS AND PRICING FIND A CLINIC IN Greenwood
DISCLAIMER
Safer STD Testing is an informational referral website. It refers customers to nationally reputed private STD Testing service providers (“Preferred Service Providers” or “Advertisers”). Safer STD Testing is not a medical or healthcare professional facility or a provider of any medical or healthcare services. Safer STD Testing gets compensated on net purchase of products or services by our users referred to such Preferred Service Providers. Click here to read our full disclaimer.

What are the STI test options in Greenwood,SC?

STD rates, including chlamydia, gonorrhea, and syphilis, are increasing in cities across the nation, and the city of Greenwood, South Carolina, in Greenwood County is no exception. While the county did see a slight decrease in STD rates from 2015 to 2016, these numbers rose again in 2017.

There are a few medical facilities in Greenwood, South Carolina, that might offer STD testing, such as UFC Urgent Care and Greenwood County Health Department. In addition, many private doctor offices and medical centers may provide STD or HIV testing. Many of these facilities are located just off Epting Avenue or Heritage Trail.

Some clinics may promote free STD testing options, but free services don’t always include comprehensive testing options and test results may not be immediate. In addition, you may need to meet specific income requirements to qualify for free services.

Description: Public Health Department/Social Services Department. Hepatitis A and HPV vaccines provided to those under 19 through the VFC program. Free condoms available.

AIDS Upstate has cared for individuals living with and affected by HIV in Greenwood, SC, and the surrounding areas for over 30 years. Its medical practitioners administer rapid HIV/Hepatitis C tests that yield same-day results. Mental health care services and screening solutions for other STDs are also available.

The staff offers free HIV and STD testing to patients based on their risk factors. Additionally, all testing services are available on an appointment booking basis. HIV care and support are accessible via financial assistance programs for PLWHA.

The medical team provides risk reduction counseling services to all patients and issues free condoms to individuals aged 16 and above. It also delivers comprehensive medical care to individuals that receive a positive diagnosis for HIV. HIV-negative people at a high risk of contracting the disease may receive PrEP services. 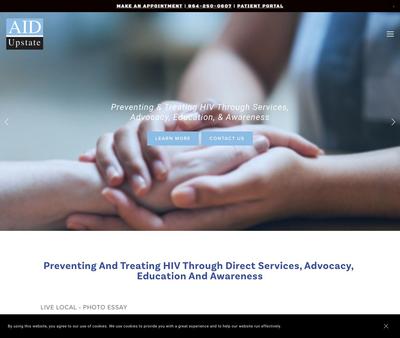 HopeHealth in Aiken offers comprehensive medical and support services to people living with and affected by HIV/AIDs to help improve their well-being. The doctors deliver primary, chiropractic, and dental care as well as behavioral health and substance abuse treatment services. They also offer HIV/Hepatitis testing and treatment.

The staff offers free community-based HIV/Hepatitis C testing services. It can bill insurances of individuals seeking HIV services on location. However, if you’re uninsured, you can benefit from various financial assistance initiatives, including a sliding fee discount program.

The physicians administer medication to patients that get a positive diagnosis for HIV. They also educate patients regarding the best methods to avoid the spread of the infection.

HopeHealth in Aiken features a patient portal and the Healow App that allow patients to attend their doctor visits online. The clinic has an in-house lab that ensures all test results come out promptly. It also has the Access Hope program that delivers after-hours care to patients that have tight daytime schedules. 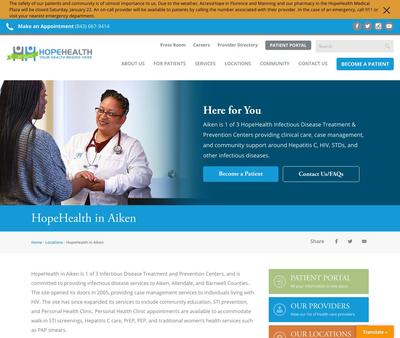 PrEP medication is available for individuals with a negative diagnosis of HIV and a high risk of contracting the virus. The doctors assess the medication needs of all STD-positive patients to create and implement the appropriate treatment plans.

The Greenwood County Health Department has an online platform, Web Chat, that allows clients to schedule appointments with doctors from the comfort of their homes. Individuals with tight schedules can call the staff to ask about the availability of doctors during extended hours and over the weekend. PLWHA can receive financial assistance to buy medication or pay insurance premiums courtesy of the Ryan White Part B Program. 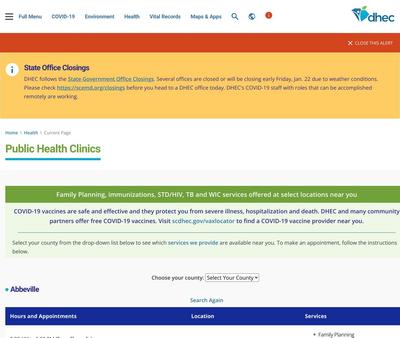 The staff requires all patients to bring their photo IDs at their appointment time. It accepts public and private health care coverage plans and offers self-pay options, including cash, to the uninsured.

The nurses administer jabs to people that test negative for Hepatitis A and B or HPV to prevent infection. Additionally, if your test yields positive results, your assigned nurse practitioner will issue you the appropriate prescriptions.

AFC Urgent Care - Greenwood offers telehealth services to help reduce inconveniences arising from getting medical care in person. Its healthcare providers attend to patients anonymously on the same day of appointments. STD solutions are available on a walk-in basis daily and during extended hours for added convenience. Additional services include DOT physicals and treatments for minor illnesses. 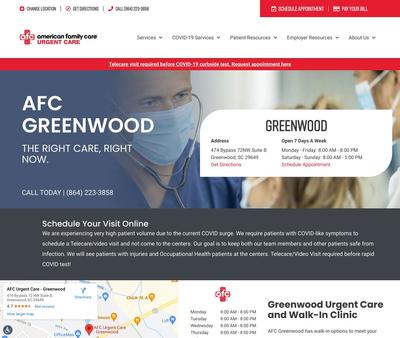