There Are 28 Public Clinics & 41 Private STD Clinics Near You

If you're looking for cheap std testing clinics in the Clark area to get a HIV, Herpes, Chlamydia, Gonorrhea, Syphilis or Hepatitis screening for yourself or your partner, you can get tested today by selecting an option below to find an affordable std test clinic near you. Same day std testing locations also available with results in 1-2 days. Learn more here.

What are the STI test options in Clark,NV?

According to the CDC (Centers for Disease Control and Prevention), Nevada has the highest syphilis rates in the country.

Despite this fact, studies show that Storey County, which consists of much of Clark, NV, had no new syphilis cases in the last three years. The county also had zero new cases of gonorrhea for 2016 and just 2 new cases of chlamydia in 2016.

HIV and STDs can affect Clark, NV residents of any age, but statistics show that most newly reported cases of STDs involved teenagers and young adults between the ages of 15 and 27 years old.

Clark, NV has very limited medical resources within the community. Most residents travel to nearby Sparks and Reno for treatment options.

In these cities, you will find a variety of medical facilities that might offer HIV and STD testing, including Washoe County Health Center, Planned Parenthood – Fifth Street Center, Northern Nevada Outreach, Eddy House, ACCEPT, and Northern Nevada HOPES. There are also a number of private physician offices and medical facilities that may provide STD or HIV testing. Many of these centers are located near I-80 and I-580.

Some of these clinics may offer free STD testing, but not everyone is eligible for these free services. In addition, some of these centers may only offer walk-in appointments, which could result in longer wait times.

Description: Free condoms available upon request at front desk. Must be eligible for Ryan White Part A to receive certain services. Please contact clinic for information. Closed for lunch 12noon-1pm

Aid for AIDS of Nevada

Description: AIDS Service Organization. Condoms are offered free of charge - sign in on the clip board with first name or contact extension 2 for more information. Testing available Mon.-Fri., 8:30am-11am and 1pm-4pm

Not Sure Which Option Is Best For You?
Let us point you in the right direction for STD testing in Clark, NV

Please use the map to find a public clinic in Clark, Nevada
GO TO CLINIC LISTINGS ABOVE

Statistics reported is based on publicly available data sources such as CDC for Clark County, NV. Data is normalized to accurately report Clark County STD Breakdown.

Southern Nevada Health District is committed to assessing, protecting, and promoting quality health to the Southern Nevada community. They provide affordable STD testing and examination services to suit every income level. Other than testing and treatment, they also provide HIV clinical services and case management.

This clinic provides quality and scientifically tested STD testing to all individuals regardless of age, race, gender, and sexuality. Their team is always ready to help and guide patients where need be. What is more, they offer free condoms and guidance on how to use them

They accept a range of payment options and some insurance policies. Those without insurance can pay through Visa, Mastercard, business checks, cashier’s check, and money order. They offer treatment based on the results, high-risk behavior counseling, injection series for syphilis medication, counseling, and follow-up blood work.

This clinic is sufficiently equipped and has enough professionals.

A-Z Women’s Center is an Obstetricians and gynecologist health center, aimed at offering all women in Clark County and Las Vegas with quality and confidential reproductive health services. They offer fast and private services to meet all their customers’ satisfaction. The offices are clean, and the team is always ready to listen and answer queries.

A-Z provides a range of testing and treatment options to all women in Clark NV regardless of their age, sexuality, race, and gender. The results to their tests are released within the same day and their staffs are well trained.

They offer counseling and sexual-related education to teach women on how to protect and take care of themselves. They also offer treatment options depending on the results.

Although A-Z is not specifically an STD testing center, they can be relied upon to provide confidential quality STD testing and treatment services. 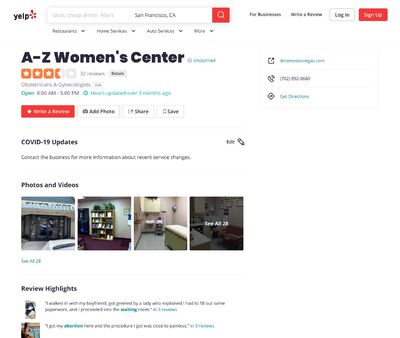 University Medical Center of Southern Nevada offers all STD tests and have clean and well-equipped labs. They have skilled and experienced staffs who are friendly and always there to guide and answer any questions that their clients may have regarding STD, prevention, and how to look after themselves.

They offer guidance and counseling both before and after the test. They also provide treatments based on the results.

This medical center is properly equipped and run by dedicated staff to ensure a patient receives high quality testing and treatment. 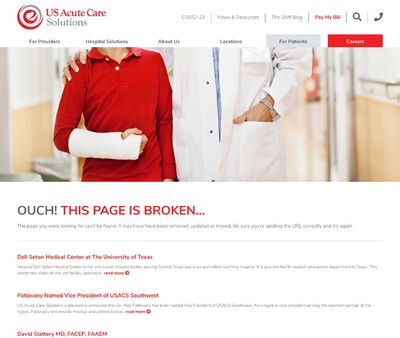 They offer STD testing results to all individuals in Clark regardless of age, gender, sexuality, and race. They are experienced, and all their staff is qualified to do the job. They have a friendly team which is always ready to guide patients on responsible living behaviors.

They offer a range of treatment options if the results turn out positive. They also provide vaccinations for prevention. 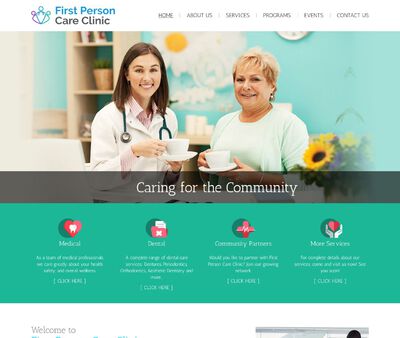 Aids for AIDS of Nevada

Aids for AIDS of Nevada was started to make screening and testing sexually transmitted diseases accessible to the Nevada community and the surrounding. They perform testing to all individuals regardless of their age and identity. It is also meant to promote sexual health as a part of everyone’s health care routine.

The clinic is precisely dedicated to sexual-related education, screening, and treatment, which make it a great place for anyone looking to get quality and reliable STD testing services. Their team is trained and qualified for the job. They provide services in confidence and will answer all questions you may have regarding testing and treatment options.

They provide guidance and counseling both before and after the examination. If the test turns out positive, they have put together a variety of medication options to help patients keep on living.

You might consider visiting Aids for AIDS of Nevada if you are looking to get free HIV test, guidance and counseling and education related to HIV prevention. 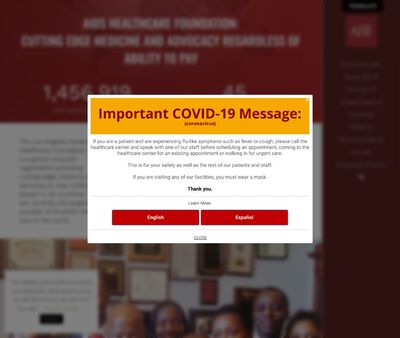 Planned Parenthood is a committed health organization that aims at offering the highest quality healthcare services to all individuals in Clark County and Las Vegas in general. They provide a range of STD tests, treatment options, counseling, and education on how people should protect and take care of themselves.

They can test for Chlamydia and gonorrhea using a urine sample. They also offer conventional, oral, and blood raw HIV testing to individuals of all races, age, gender, and sexuality without discrimination. Their staffs are trained to provide counseling and confidentiality testing.

They have treatment options if your results turn positive. They also offer preventative measures like vaccines and condoms and teach people on how to use them.

Planned Parenthood is a dedicated health center offering a range of STD testing and treatment options. You can rely on the clinic to provide reliable and confidential health services. 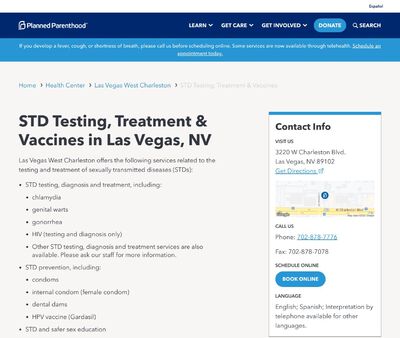