Free STD Testing in Goshen, IN

There Are 14 Public Clinics & 3 Private STD Clinics Near You

If you're looking for cheap std testing clinics in the Goshen area to get a HIV, Herpes, Chlamydia, Gonorrhea, Syphilis or Hepatitis screening for yourself or your partner, you can get tested today by selecting an option below to find an affordable std test clinic near you. Same day std testing locations also available with results in 1-2 days. Learn more here.

What are the STI test options in Goshen,IN?

Figures for STD cases in Goshen, IN are encompassed within the Elkhart County reports collected by the state of Indiana.

There were no cases of primary and secondary syphilis recorded in Elkhart County until 2016 when 10 cases were reported.

“There has been a rise in HIV cases in Elkhart County and neighboring counties in 2016. So many new diagnoses are not usually seen. Much of it has to do with youths being uneducated on the issues.”

There are several options in Goshen, IN that could possibly be looked into for  STD testing including at the Minute Clinic, the Elkhart Women’s Healthy Beginnings Program and the Elkhart STI Clinic.

There is also a Planned Parenthood in Goshen, IN and IU Health Goshen Physicians Family Medicine and Urgent Care Clinic on Elkhart Road.

Free STD testing may be available at some of the clinics in the area however, there may be costs that are not disclosed upfront.

Description: Social Service Organization. Only open on the 3rd Saturday of every month from 8am-1pm. If you do not have an appointment, do not come in to the office. Call or use the patient portal to schedule an appointment or otherwise communicate with the office

Description: Need to become a patient in order to receive services.

Description: Need to become a patient in order to receive services.

Description: Provides low cost or free birth control and sexual health services to women, men and teenagers in a confidential setting. Although prefer appointments will try to see you if you walk in

Description: Although prefer appointments will try to see you if you walk in

Not Sure Which Option Is Best For You?
Let us point you in the right direction for STD testing in Goshen, IN

Please use the map to find a public clinic in Goshen, Indiana
GO TO CLINIC LISTINGS ABOVE

STD Statistics In Elkhart County, IN

Statistics reported is based on publicly available data sources such as CDC for Elkhart County, IN. Data is normalized to accurately report Elkhart County STD Breakdown.

The facility ensures that patients have access to STD screening, preventive, and primary care services under one roof. It also has an in-house laboratory that assists physicians in disease diagnosis and to deliver prompt and accurate health services.

New patients are required to arrive at least 15 minutes earlier, and no one seeking STD testing services is turned away because of their age, gender, social status, or economic background. Self-pay patients may benefit from a sliding fee scale, and major insurance policies are accepted.

Confidential STD screening and treatment services are offered on both walk-in and appointment basis. Patients infected with STDs may receive prescriptions, counseling, and follow-up services.

Every patient may access low-cost STD testing services regardless of their nationality, religion, or ability to pay. The clinic accepts both self-pay individuals and patients with insurance policies.

Individuals infected with STDs may receive medication and counseling services. The facility offers confidential STD testing and treatment services on both walk-in and appointment basis. 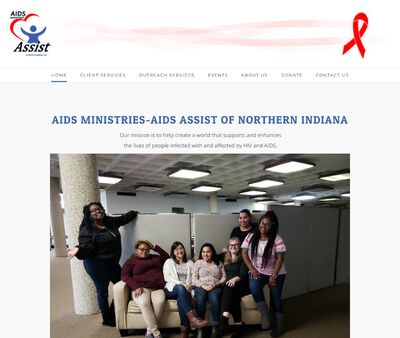 Everyone can access STD/HIV services, and the hospital does not discriminate against patients based on their financial status, color, gender, or religious affiliations. The clinic accepts most insurance covers and cash, money orders, and credit cards from uninsured clients. Additionally, a sliding fee scale is available for self-pay patients and low-income patients.

Patients can book an appointment online or call for consultations. However, the facility welcomes walk-ins for services, which do not require medical exams, including STD/HIV screenings contraceptives, counseling, and pregnancy testing.

The clinic has a Spanish interpreter who helps patients not proficient in English to book their medical appointments. Confidential or anonymous HIV testing is also offered, and the clinic has a teen clinic, which offers free to low cost confidential STD services in a youth-friendly setting. 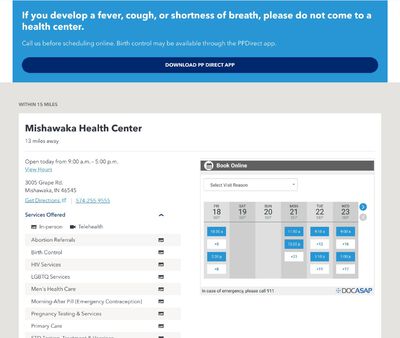 Elkhart County STI Clinic was founded in 1949 to promote a healthy life for Elkhart residents by offering quality healthcare services. The facility has professional medical staff who are trained to offer STD/HIV screening services in a safe and non-judgmental environment.

Patients who visit the facility for the first time are required to show proof of identification, and medical care is available to patients with or without insurance policies. Confidential STD testing and treatment services are available to everyone regardless of their race, marital status, or origin.

Clients may call the facility for medical assistance services, and prescriptions are available to patients who test positive for STDs. The clinic gives priority to patients who book appointments, but walk-ins are also accepted. 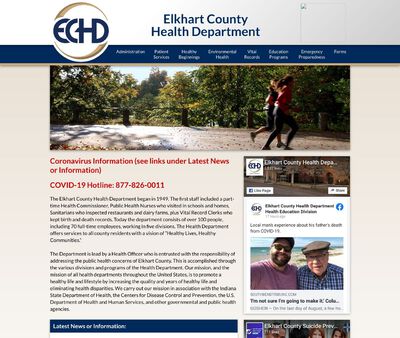 Concentra Urgent Care is a national medical healthcare provider whose aim is to improve the health standards of the American workforce. It has board-certified medical practitioners who offer a wide range of non- life-threatening illnesses and injuries, including STD/HIV testing, occupational medicine, and wellness services.

Everyone may receive STD/HIV services at the clinic regardless of their age, gender, or financial status. Most insurance plans are accepted at the clinic, and multiple forms of payments such as credit/debit cards and cash are accepted. Self-pay individuals are not turned away and may pay at a discount.

A medical appointment is not needed since the clinic accepts walk-ins. Patients can also call for any medical inquiries.

Concentra Urgent Care is suitably located near major highways, hence easily accessible by the patients. The clinic's treatment services are affordable, and it offers extended operational hours, thus patients can receive medical care during business hours. Moreover, it has an online platform that allows online payment of bills. 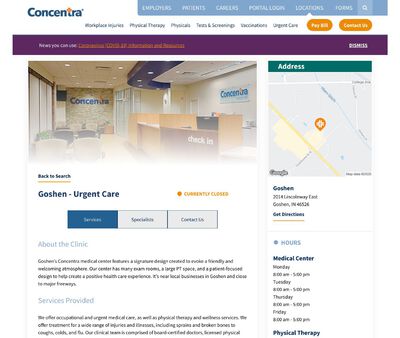 Physicians Urgent Care was founded in 1987 to offer affordable and convenient healthcare services to communities living in Goshen, Indiana. The facility is staffed with competent doctors and nurse practitioners who deliver quality healthcare services and treats various injuries and ailments ranging from cold, flu, burns, lacerations, and urinary tract infections as well as STDs and sinuses.

The clinic accepts walk-in patients in need of STD testing, treatment, and counseling services. Patients may also schedule an appointment before visiting the facility, especially when they need specialized treatment.

Physicians Immediate Care is staffed with friendly and professional doctors who serve patients with respect and dignity. The facility has an on site laboratory, which enables lab technicians to deliver comprehensive and accurate STD tests. Additionally, the clinic's online payment platform enables clients to make payments at the comfort of their homes. 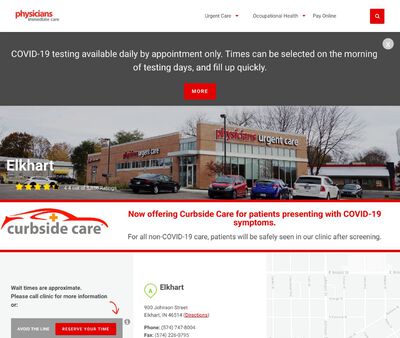