There Are 31 Public Clinics & 9 Private STD Clinics Near You

If you're looking for cheap std testing clinics in the Highview area to get a HIV, Herpes, Chlamydia, Gonorrhea, Syphilis or Hepatitis screening for yourself or your partner, you can get tested today by selecting an option below to find an affordable std test clinic near you.
Same day std testing locations also available with results in 1-2 days. Learn more here.

There Are 31 Public Clinics & 9 Private STD Clinics Near You

If you're looking for cheap std testing clinics in the Highview area to get a HIV, Herpes, Chlamydia, Gonorrhea, Syphilis or Hepatitis screening for yourself or your partner, you can get tested today by selecting an option below to find an affordable std test clinic near you.

Questions about STD Testing?
Call at 1-800-666-1250 ( 8AM-5PM MON-FRI )
Call at 1-800-666-1250 ( 8AM-5PM MON-FRI )
COMPARE TESTS AND PRICING FIND A CLINIC IN Highview
DISCLAIMER
Safer STD Testing is an informational referral website. It refers customers to nationally reputed private STD Testing service providers (“Preferred Service Providers” or “Advertisers”). Safer STD Testing is not a medical or healthcare professional facility or a provider of any medical or healthcare services. Safer STD Testing gets compensated on net purchase of products or services by our users referred to such Preferred Service Providers. Click here to read our full disclaimer.

What are the STI test options in Highview,KY?

A neighborhood within the city limits of Louisville, Highview, KY, is a former census-designated place in Jefferson County, under the Kentuckiana Regional Planning and Development Agency health district. In 2015, there were 147 new HIV infections occurring at a rate of 14.8 per 100,000 population, and in the following two years, that number fluctuated.

In the KIPDA area development district, the rate of Syphilis transmission reduced between 2007 and 2008, given that the first year of reference registered a rate of between 5.7 and 7.5. In contrast, in 2008, the rate of infection lay between 3.50 and 4.84.

The public health department in Jefferson County has been improving the effectiveness of its disease prevention strategies by increasing awareness among medical service providers on the need to focus on the youth. Its officials have also been advocating for local and federal administrative agencies to provide adequate funding to ensure that positively diagnosed individuals get effectively linked and retained in care.

Even though free STD testing may be available, the test results may not be available immediately. Also, you may be required to pay an extra doctor’s consultation fee in some clinics.

Description: Need to enroll as a patient in order to receive services. Photo ID is required at check-in. Walk-ins welcome until 3:30pm daily, appointment recommended.

Description: Must register as patient in order to receive services.

Description: Practice membership is required. Do not accept Medicare or any insurance.

Description: Must register as a patient in order to receive services.

Description: Must become an established patient in order to receive services.

Description: Public Health Department/Social Services Department. Free condoms available. Base fee for an STD exam is $40.00. You will be tested for HIV, Syphilis, Hepatitis C, Gonorrhea and Chlamydia. Additional services and fees may apply. Private insurance is accepted. This is a walk in clinic. First come, first serve. Due to heavy and unpredictable patient flow it is encouraged that you arrive earlier in the day. Call ahead. Every 2nd Friday of each month the hours are 8am-2pm

Description: Community Based Organization. Need to register in order to receive services.

Description: Services for the Homeless.

Description: Social Service Organization. Fees for services are based on your household income. Please bring proof of income when you arrive for your visit.

Description: Public Health Department/Social Services Department. HPV vaccines provided for those 18 and under through the VFC program. Free condoms available upon request.

Description: Need to enroll as a patient in order to receive services. Photo ID is required at check-in.

Description: Need to enroll as a patient in order to receive services. Walk-ins welcome until 3:30pm on weekdays, and 2:15pm on Saturday.

Please use the map to find a public clinic in Highview, Kentucky
GO TO CLINIC LISTINGS ABOVE
STD STATISTICS

Its healthcare specialists provide HIV/STD testing and treatment. Patients can also consult on matters regarding pregnancy testing and emergency contraceptives. STD test results may be ready within seven to 10 days of the test.

The facility serves men and women and bills public and private insurances. HIV/STD tests are free, but some may require patients to pay for the lab services. The management requires patients to come with a photo ID to access the services, and payment is due during the testing period.

The physicians give medication and arrange for follow-up consultations with individuals whose tests yield positive results. They also counsel patients on measures to undertake to remain STD-free or to avoid transmission to others.

Additionally, parents may get material assistance for baby items, including diapers, formula, and clothing, from the clinic’s Blessing Boutique. 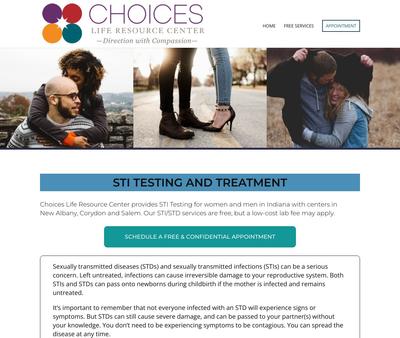 The staff accepts insured and uninsured individuals as well as members of the LGBTQ+ Community. Patients that can't afford to pay their medical bills may qualify for the ClearBalance program.

The physicians administer medication to individuals whose tests depict positive results. They also provide PrEP to people susceptible to HIV. The clinicians prescribe PEP drugs to persons that have been exposed to HIV to help prevent contraction.

Patients can take advantage of the Telehealth services at Norton Healthcare Express Services to consult with their doctors remotely. The hospital also provides patients with their medical records within 14 days upon request. 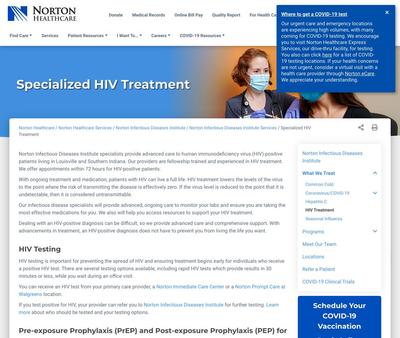 Initially called WINGS, 550 Clinic focuses on protecting the rights and health of PLWHA as well as their families through advocacy and medical solutions. Its healthcare professionals provide HIV testing and treatment services. They also undertake research to devise new ways to deal with HIV.

The facility targets adolescents, women, and families infected or affected by HIV. It has support services and programs to provide low-cost services to everybody, irrespective of their income or financial status. The staff also offers HIV management services to individuals in prisons and jails via the clinic’s Telehealth system.

The doctors discuss with pharmacists on medication tolerance and suitability for each patient. They, afterward, prescribe the appropriate HIV medication. The clinicians also conduct a nutritional assessment to gauge and advise patients on meal plans that improve their health. Patients also get referrals to specialized care centers for oral, dental, and mental health. 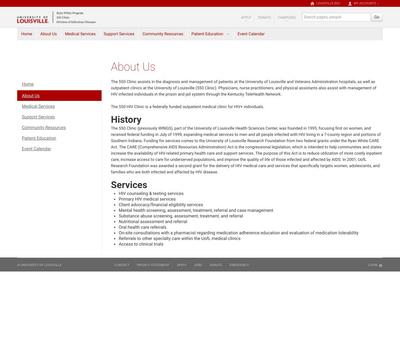 Newburg Health Center WIC is committed to improving the general well-being of the communities that live in Highview, KY, areas. Its physicians provide STD testing and treatment services.

They also manage other conditions, including rabies, Tuberculosis, and Hepatitis A. Additionally, the nurses provide HIV test results in 20 minutes and STD results within five days.

The facility offers free HIV services, and the staff bills multiple insurance plans. Additionally, patients without insurance may use cash to clear their bills, and the clinic provides different pricing for different STD test panels.

The facility supplies condoms and offers PrEP and PEP referral services to high-risk individuals. The physicians require patients to produce picture IDs to get copies of their medical results.

The Newburg Health Center WIC runs the HIV prevention program to curb the prevalence of HIV by coordinating workshops to educate citizens on means to adopt to reduce transmission. 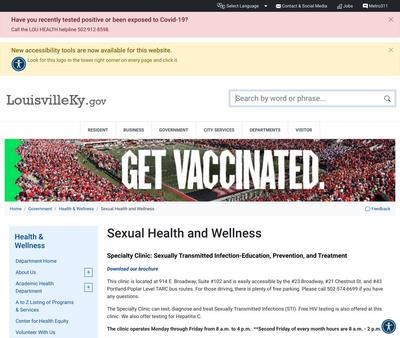