There Are 34 Public Clinics & 9 Private STD Clinics Near You

If you're looking for cheap std testing clinics in the Burlington area to get a HIV, Herpes, Chlamydia, Gonorrhea, Syphilis or Hepatitis screening for yourself or your partner, you can get tested today by selecting an option below to find an affordable std test clinic near you.
Same day std testing locations also available with results in 1-2 days. Learn more here.

There Are 34 Public Clinics & 9 Private STD Clinics Near You

If you're looking for cheap std testing clinics in the Burlington area to get a HIV, Herpes, Chlamydia, Gonorrhea, Syphilis or Hepatitis screening for yourself or your partner, you can get tested today by selecting an option below to find an affordable std test clinic near you.

Questions about STD Testing?
Call at 1-800-666-1250 ( 8AM-5PM MON-FRI )
Call at 1-800-666-1250 ( 8AM-5PM MON-FRI )
COMPARE TESTS AND PRICING FIND A CLINIC IN Burlington
DISCLAIMER
Safer STD Testing is an informational referral website. It refers customers to nationally reputed private STD Testing service providers (“Preferred Service Providers” or “Advertisers”). Safer STD Testing is not a medical or healthcare professional facility or a provider of any medical or healthcare services. Safer STD Testing gets compensated on net purchase of products or services by our users referred to such Preferred Service Providers. Click here to read our full disclaimer.

What are the STI test options in Burlington,KY?

Burlington, KY, is located within the more extensive Northern Kentucky Area Development District. The district had a varying number of new HIV infections between 2015 and 2017.

However, in the following year, 46 persons were newly infected at a rate of 10.0 per 100,000 residents, which denoted an increase from the previous year.

While some clinics offer free STD testing, the physician may not prescribe treatment, and some may charge an extra doctor’s consultation fee.

Description: Public Health Department/Social Services Department. For anyone who may have been exposed to HIV through unprotected sexual intercourse and persons who inject drugs. If HIV is found, appropriate connections will be made for the patient to receive the care needed.

Description: Public Health Department/Social Services Department. Free condoms available. In order to reduce the spread of Coronavirus Disease 2019 (COVID-19), all NKY Health facilities in Boone, Campbell, Grant and Kenton counties will be closed to the public until further notice.

Description: Enrollment as a patient needed for services.

Description: Public Health Department/Social Services Department. Immunizations are available for private pay only at cost of the vaccine. Cost varies due to changes from the vaccine distributor.

Description: Need to enroll as patient to receive services.

Description: Public Health Department/Social Services Department. In order to reduce the spread of Coronavirus Disease 2019 (COVID-19), all NKY Health facilities in Boone, Campbell, Grant and Kenton counties will be closed to the public until further notice.

Description: Public Health Department/Social Services Department. HIV testing available in the Caracole Mobile Unit. All participants must be in line by 3:30pm to be tested

Please use the map to find a public clinic in Burlington, Kentucky
GO TO CLINIC LISTINGS ABOVE
STD STATISTICS

Pregnancy Center West is a Christian-based health facility that delivers quality pregnancy-related services. The healthcare center has served women in and around Cincinnati since 1981. Clients may acquire limited STD screening services if they suspect exposure to STDs, and test results may be available in a week.

Women seeking pregnancy services may acquire STD testing at no cost. However, the healthcare team may serve you regardless of your pregnancy status.

Your medical provider may link you to care if you test STD positive. Additionally, the physician may guide you on better sexual choices to reduce the risk of infection if you test negative.

The healthcare team serves clients with respect, compassion, and confidentiality. It requests that you schedule an appointment before visiting. You can access parking space across the street. 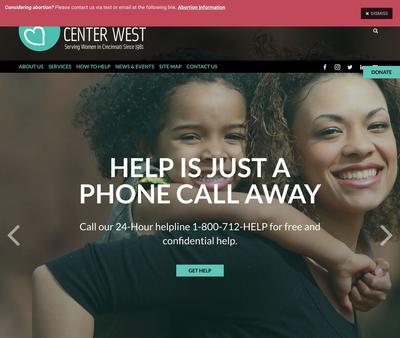 The clinic closes at 1:30 pm and reopens from 6:30 pm on Mondays, Wednesdays, and Thursdays.

Any resident of Burlington may receive STD screening and treatment at a low cost payable through insurance like Kentucky Medicaid or self-pay such as debit/credit cards. Moreover, a sliding fee scale may be applicable depending on income and family size.

A doctor or nurse practitioner may provide medication or prescriptions after positive diagnoses. Additionally, they may help you with partner notification. The alternative may be prevention strategies for STD-negative persons. 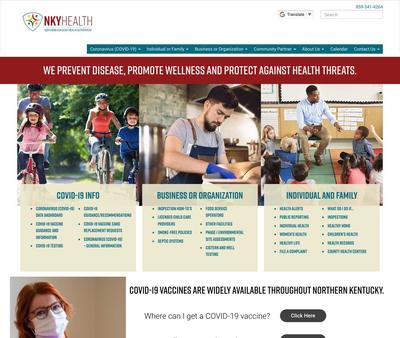 Health Services Cabinet is part of Kentucky Services for Health and Family Services. It has an infectious disease branch accountable for controlling and preventing diseases such as sexually transmitted infections. Kentucky Department of Public Health's STD Prevention Program achieves that via screening and treatment services.

Any resident of Burlington may acquire STD screening and treatment at a low service fee. However, the healthcare team doesn't limit services if you can't afford care.

Persons diagnosed with Chlamydia, Gonorrhea, and Syphilis may get medication on-site. However, those with other STD infections may counsel on the way forward and linkage to care for extensive treatment. The alternative might be prevention care following a negative STD diagnosis.

The health department has skilled medical professionals who offer confidential STD services. Furthermore, the medical team serves every client with no discrimination, bias, or judgment. You can call the infectious disease staff for professional consultation regarding STDs. 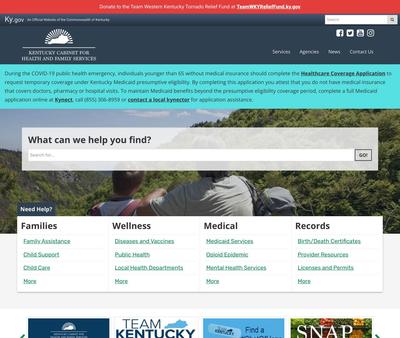 Burlington's residents may get low-cost STD screening despite their insurance status. That's because health plans and self-pay options can clear bills. Additionally, uninsured persons may qualify for affordable discounted rates.

Healthcare providers may prescribe medication for STD infections and offer refills to those previously diagnosed. But if you receive non-reactive test results, you could get prevention options to help maintain your status.

The medical facility has an online check-in platform to eliminate any wait times. Furthermore, clients can receive services anytime since the clinic is open every day. CareFirst Urgent Care is a walk-in clinic serving persons on a first-come-first-served schedule. 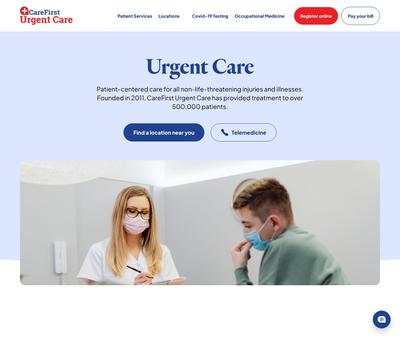