There Are 130 Public Clinics & 136 Private STD Clinics Near You

If you're looking for cheap std testing clinics in the King of Prussia area to get a HIV, Herpes, Chlamydia, Gonorrhea, Syphilis or Hepatitis screening for yourself or your partner, you can get tested today by selecting an option below to find an affordable std test clinic near you.
Same day std testing locations also available with results in 1-2 days. Learn more here.

There Are 130 Public Clinics & 136 Private STD Clinics Near You

If you're looking for cheap std testing clinics in the King of Prussia area to get a HIV, Herpes, Chlamydia, Gonorrhea, Syphilis or Hepatitis screening for yourself or your partner, you can get tested today by selecting an option below to find an affordable std test clinic near you.

Questions about STD Testing?
Call at 1-800-666-1250 ( 8AM-5PM MON-FRI )
Call at 1-800-666-1250 ( 8AM-5PM MON-FRI )
COMPARE TESTS AND PRICING FIND A CLINIC IN King of Prussia
DISCLAIMER
Safer STD Testing is an informational referral website. It refers customers to nationally reputed private STD Testing service providers (“Preferred Service Providers” or “Advertisers”). Safer STD Testing is not a medical or healthcare professional facility or a provider of any medical or healthcare services. Safer STD Testing gets compensated on net purchase of products or services by our users referred to such Preferred Service Providers. Click here to read our full disclaimer.

What are the STI test options in King of Prussia,PA?

As of 2010 census data, the city of King of Prussia, PA had 19,936 people. According to the 2017 EDDIE statistical database report, there has been a spike in new infections of sexually transmitted diseases across Pennsylvania.

Chlamydia, Gonorrhea, and Syphilis are the most commonly reported STDs that have been on the rise in the United States, according to the CDC (Center for Disease Control and Prevention) 2017 study report.

The Montgomery County Office of Public Health has established risk control programs in King of Prussia that offers STDs testing, counseling, treatment, and sex educational services in an effort to control the rising case of new STDs infections

There are a number of clinics in King of Prussia, PA that you can visit and get STD Testing services. You can visit the Family First Health Hanover Center, Pennsylvania Department of Health Lackawanna County State Health Center, or Wright Center for Primary Care Infections Disease Clinic.

Description: Social Service Organization. If you are uninsured, you may qualify for a state-funded insurance or a lower fee scale. Fees for services are based on your household income and size.

North Care Women's Clinic is a non-profit facility that works to improve the reproductive and sexual health of individuals residing in King of Prussia, PA. Its doctors offer pregnancy confirmation services, including pregnancy screening and ultrasounds. They also provide STD testing and options counseling solutions.

The clinicians require no payment or insurance to serve visitors since all services are available free of charge. Additionally, the staff only attends to female patients, and they can bring along someone, including spouses and boyfriends, to their appointments. Minors below 18 years can also seek STD services at this clinic, and no consent is required.

The nurses may refer patients with positive test results for Chlamydia or Gonorrhea to specialty clinics offering personalized care. 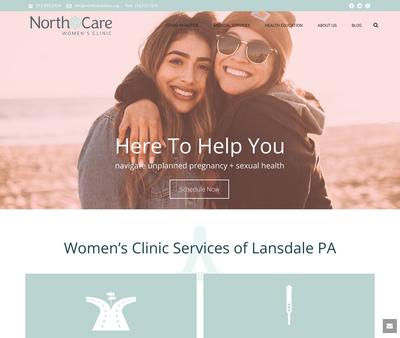 Novus Medical Services Doylestown helps improve the well-being of PLWHA in the King of Prussia, PA, area. Its doctors provide HIV screening, diagnosis, and care services to assist the affected individuals to stay HIV-undetectable. They also offer rapid testing services for other STDs, including Syphilis and Hepatitis C.

The clinicians administer free HIV tests to anyone that requests regardless of sexual orientation and gender. The clinicians accept various insurances for charged services, but uninsured patients pay at a discounted rate.

PrEP medication is available for individuals with negative test results, and the staff offers comprehensive medical care to those with a positive HIV diagnosis. 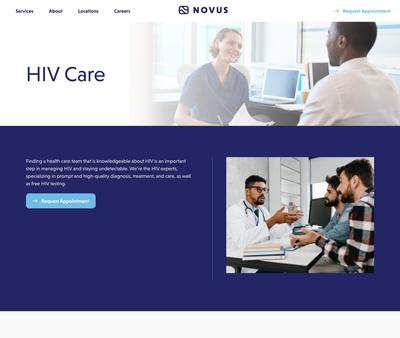 The clinic provides onsite and outreach HIV testing services to all visitors on a walk-in basis regardless of their ability to pay. Additionally, the clinicians may bill some insurances and self-pay patients clear their bills at a sliding scale fee.

The physicians offer comprehensive medical care to individuals with a positive HIV diagnosis. Additionally, the staff provides HIV prevention education services to reduce the contraction rates in the communities.

Esperanza Health Center receives Ryan White grants to offer discounted HIV services to PLWHA. It also features a telehealth platform where patients can meet their doctors online at the comfort of their homes. HIV care services are available in both Spanish and English. Also, the case managers assist patients to get insurance benefits. 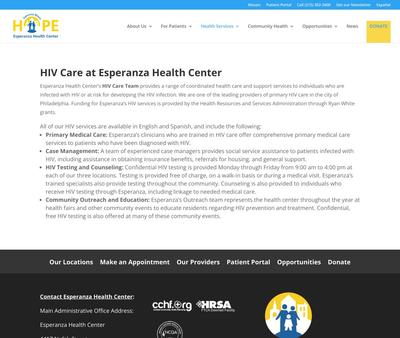 They also provide tuberculosis evaluation and treatment, rabies management, and immunization services. Clients can collect their HIV test results one week after the testing procedure.

The facility offers free STD services to all residents of Montgomery Count aged 13 years and above.

PLWHA can receive CD4 and Viral Load testing services through the Special Pharmaceutical Benefits Program. The staff offers confidential partner notification services to STD-positive individuals with significant others. Also, all STD services and medical records of patients are discrete and accurate. 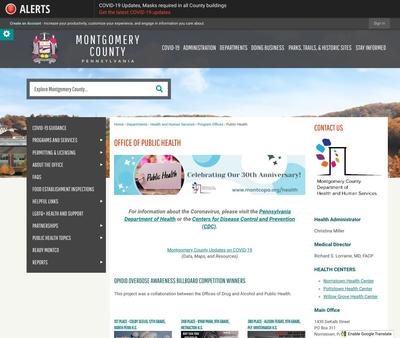 Cities Near King of Prussia, Pennsylvania