There Are 148 Public Clinics & 152 Private STD Clinics Near You

If you're looking for cheap std testing clinics in the Willow Grove area to get a HIV, Herpes, Chlamydia, Gonorrhea, Syphilis or Hepatitis screening for yourself or your partner, you can get tested today by selecting an option below to find an affordable std test clinic near you.
Same day std testing locations also available with results in 1-2 days. Learn more here.

There Are 148 Public Clinics & 152 Private STD Clinics Near You

If you're looking for cheap std testing clinics in the Willow Grove area to get a HIV, Herpes, Chlamydia, Gonorrhea, Syphilis or Hepatitis screening for yourself or your partner, you can get tested today by selecting an option below to find an affordable std test clinic near you.

Questions about STD Testing?
Call at 1-800-666-1250 ( 8AM-5PM MON-FRI )
Call at 1-800-666-1250 ( 8AM-5PM MON-FRI )
COMPARE TESTS AND PRICING FIND A CLINIC IN Willow Grove
DISCLAIMER
Safer STD Testing is an informational referral website. It refers customers to nationally reputed private STD Testing service providers (“Preferred Service Providers” or “Advertisers”). Safer STD Testing is not a medical or healthcare professional facility or a provider of any medical or healthcare services. Safer STD Testing gets compensated on net purchase of products or services by our users referred to such Preferred Service Providers. Click here to read our full disclaimer.

What are the STI test options in Willow Grove,PA?

To combat the spread of HIV/STDs in the county, the Montgomery County Department of Health and Human Services has been focusing on improving access to testing and care and widening the scope and efficiency of partner services. It also develops impactful prevention education programs that target high-risk individuals.

Some clinics may offer free STD testing, but the tests may not be comprehensive. Also, some tests may be uncomfortable or invasive.

Description: Accept a wide range of medical insurance plans. Please call the office to confirm participation in your insurance plan. Also accept self-pay patients. Bucks County Family Services has a Case Manager in the office to assist patients with HIV/AIDS. See anyone who is 16 years if age and older.

Description: Social Service Organization. If you are uninsured, you may qualify for a state-funded program or a lower fee scale. Fees for services are based on your household income. You will not be turned away because of your inability to pay.

Description: Hospital. The Immunodeficiency Center (IDC), which is located within the CPC offers medical care, mental health, nutrition, and social work for adults living with HIV. Anyone can request an HIV test in the Community Practice Center weekdays from 9am-12noon and 1pm-4pm

Description: Eligibility varies, please call for requirements. Services available to men and women from 12yrs of age on up. Age restrictions may apply based on medical standards for screening programs. Financial assistance programs available.

It has trained and experienced medical professionals committed to offering free STD/HIV testing, and prevention as well as HIV/Hepatitis C treatment.

The clinic welcomes anyone who needs HIV/STD services. It accepts most insurance plans, and uninsured or underinsured clients may receive testing and treatment through a community program.

The health center serves patients by appointment only. If you’re diagnosed with HIV, a licensed physician will offer you a treatment plan to keep you healthy and avoid other opportunistic illnesses. PrEP and PEP is also provided to patients at risk for HIV and those exposed to the virus, respectively. 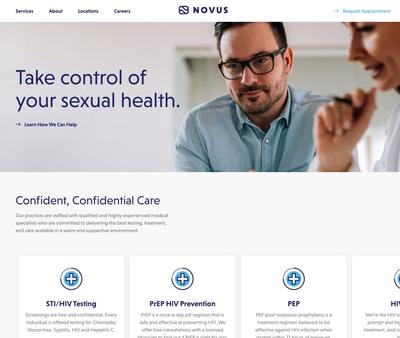 Esperanza Health Center provides quality health services to Latino and underserved populations in Philadelphia, PA. It offers care and support services to patients diagnosed or those at high risk for HIV.

The clinic serves both insured and uninsured patients. No one will be denied service because of their inability to pay. Uninsured patients may qualify for a sliding fee scale program based on their income and family size. The staff requests all patients to wear a face mask when visiting the health center. They should also come alone, if possible. Clients who need assistance can come with one guardian.

The clinic offers HIV testing on an appointment and walk-in basis. Its clinicians provide counseling to guys diagnosed with HIV and link them to medical care services. PrEP services are also available. 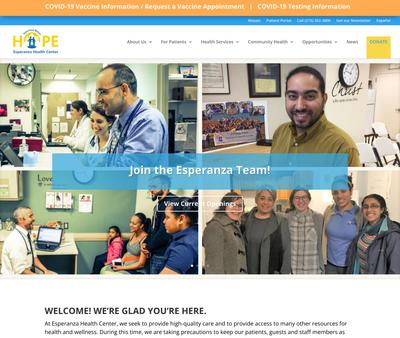 Bucks County Health Department provides services and programs to prevent diseases, protect the health of individuals, and promote a healthy community. It also conducts surveillance to monitor STD infections and implements actions to control and prevent them.

Its team delivers STD screening and treatment, along with HIV testing. The health department also provides vaccinations to children and adults in the county.

The clinic offers STD/HIV services to patients from all walks of life. Vaccines are available for insured, uninsured, or underinsured patients.

You may have to book an appointment to receive services at this clinic. The health department’s clinics provide treatment to all patients with STD-positive results. It also offers PrEP to individuals at risk of getting HIV. Additionally, the staff may help patients diagnosed with HIV get referrals and assist in notifying their partners.

Through this program, county residents get a more profound knowledge about HIV transmission, testing, treatment, and prevention to help them stay healthy and access medical services. 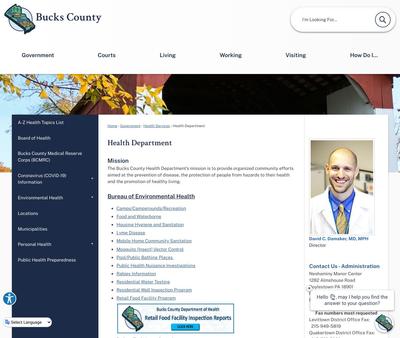 Its board-certified medical experts offer confidential HIV/STD testing in a non-judgemental and compassionate environment. They also treat individuals with minor illnesses and health conditions, including lacerations, kidney infections, and UTIs.

The clinic offers testing and treatment for all children and adults in the community. You can pay for the services using your health insurance or cash. You may also have to pay for deductibles or copays during your visit.

You need no appointment to get HIV/STD testing at the center. The staff will share test results with you and your specialist upon request. If your results are positive, they will give you a medication plan.

AFC Urgent Care - Willow Grove offers virtual visits by appointment. It provides STD testing for partners and educates them on how to reduce the risk of infection.
Additionally, individuals and families traveling overseas can receive vaccinations at this facility. It has an on-site lab to ensure clients get quick test results. 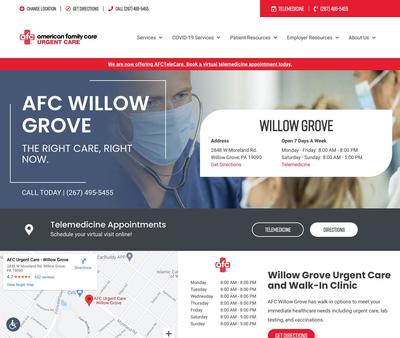