If you're looking for cheap std testing clinics in the Lima area to get a HIV, Herpes, Chlamydia, Gonorrhea, Syphilis or Hepatitis screening for yourself or your partner, you can get tested today by selecting an option below to find an affordable std test clinic near you. Same day std testing locations also available with results in 1-2 days. Learn more here.

COMPARE TESTS AND PRICING FIND A CLINIC IN Lima

What are the STI test options in Lima,OH?

While STDs can affect people at any age, studies show that people between the ages of 15 to 25 are at a higher risk.

According to Allen County records, there were 154 county residents living with HIV at the end of 2017, of which 103 were male and 51 were female.

Some clinics may even offer free STD testing, but there may be specific income guidelines that must be met for free services. In addition, some clinics have inconvenient and inconsistent hours, which could make it difficult to schedule an appointment.

Description: Public Health Department/Social Services Department. Children under 13 years old must bring a parent or guardian for consent purposes for family plnning and STD testing. Please call before coming for HIV testing to be sure staff is available to give the test

Description: Public Health Department/Social Services Department. There is a flat fee if HIV test is done outside of the Family Planning clinic. Appointments are required. Contact agency for eligibility requirements for Free Testing Services

Description: Public Health Department/Social Services Department. STD screening is offered on sliding scale fee. TB testing has a charge. Please bring identification (driver license/state issued ID) and your insurance card with you to each visit. No one is denied service due to an inability to pay. Free condoms available

Not Sure Which Option Is Best For You?
Let us point you in the right direction for STD testing in Lima, OH

Please use the map to find a public clinic in Lima, Ohio
GO TO CLINIC LISTINGS ABOVE

Statistics reported is based on publicly available data sources such as CDC for Allen County, OH. Data is normalized to accurately report Allen County STD Breakdown.

Planned Parenthood is a leading provider of sex education worldwide. It is a non-profit organization that provides health and preventive education to the communities they serve. They have made HIV/STD testing easy through multiple payment options to make it simpler for people to get tested regularly.

If you are uninsured, you may qualify for a sliding scale plan according to your income. They accept Medicaid and other insurance covers are accepted. It is a low-cost clinic; therefore, no one is denied healthcare services due to inability to pay.

An appointment is required to see a doctor. You may call the reception to schedule an appointment or visit the clinic during working workers.

Being a social service organization, the clinic offers low-cost services so that no one is left out in attaining the HIV/STD care services. They have multiple payment options, and they extend a hand to low-income persons by providing a sliding scale mode of payment. 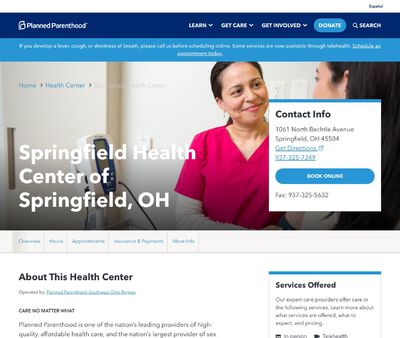 The Family Planning STD clinic at Allen County provides an extensive treatment and diagnosis for STDs. The clinic is well equipped with a professional physician and trained health care workers. The clinic also provides counseling and sex education to the patients.

The services are charged depending on a patient's ability to pay according to the federal poverty guidelines. They accept credit cards, cash, checks, and Medicaid insurance.

All residents of Lima city and the Allen County at large are qualified for HIV and STD testing.

Walk-ins are allowed only on Tuesdays from 9:00 to 11:00 am. Any other time is scheduled through booking an appointment by calling the reception.

At Allen County Health clinic HIV and STD services are offered at a low cost, and they have multiple payment options making the services affordable and accessible to everyone to know their status. 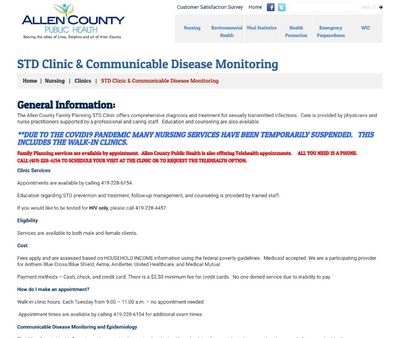 For the last 30 years, Equitas Health Lima clinic has been providing HIV related services to the people of Allen County. They have attained a legacy by ensuring that people living with HIV in Allen County are provided for in testing, diagnosing, treating, health education, among other areas.

They work hand in hand with programs such as the Ryan White program which caters for the financial gaps left out by insurance covers in matters related to HIV/AIDS.

All residents of Allen County are eligible to access the services offered by the clinic.

Walk-ins are allowed during working hours. You may also book an appointment by calling them.

Equitas Health Lima clinic makes Health care accessible to people living with HIV/AIDS. This should encourage the Allen community to get screened to ensure that the infections are minimized. 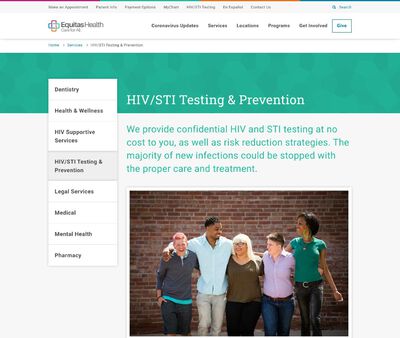 Champaign Health District is committed to promoting healthy lifestyles and practices that improve health. That has achieved its goals by ensuring that a skilled workforce serves the community in the health sector.

Residents of Allen County are qualified for free HIV testing. Other services are charged at a small fee, and low scale fee payment is applied.

You don’t need an appointment for your test to be done. Visit the clinic early enough during their working hours.

Champaign Health District is a social service department that offers low-cost services to the community to ensure that as many people get tested. 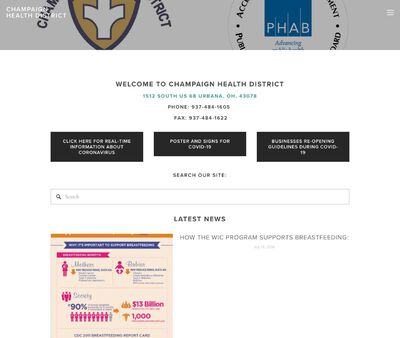 Sidney/Shelby County Health Department provides preventive and educational programs to the residents to promote and prevent more HIV/STDs transmissions by protecting and improving the community health.

No one is denied services due to lack of funds to pay for services. HIV testing is free, and other services are charged at a low cost. A sliding scale is applicable depending on an individual's income. Insurance is accepted, and you are required to take your details at the time of service.

Walk-in visits are limited. You can book your appointment by calling the clinic.

Sidney/Shelby County Health Department STD Clinic charges a minimal fee and accepts insurance to accommodate as many residents as possible. 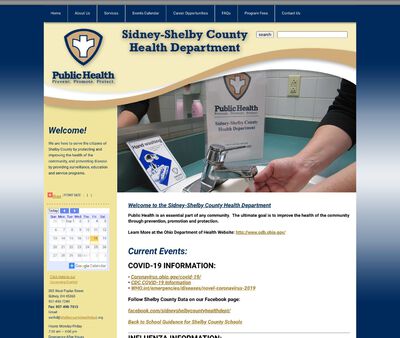 The main goal of Mercy Health is to extend a helping hand to the needy and underserved in the community. Their compassion care offers financial assistance programs through their regional Health System to those who cannot afford health care services.

Their medical care comprises certified doctors and health care workers who join hands to ensure that patients receive the best care. Their equipment is up to date in terms of technology, and they continue to improve year after year.

Everyone is welcome at Mercy Health – Urgent care, regardless of their ability to pay for the services offered. They accept most insurance and also work with their patients to establish a payment plan.

To see a doctor at Mercy Health – Urgent Care, you can either schedule an appointment online or call them. You may also visit the facility during working hours.

Medical care at Mercy Health – Urgent Care is top-notch and welcoming to the entire community. Their financial assistance to those who may not afford is a feature that should attract the residents of Lima to get tested and be aware of their HIV/STDs status. 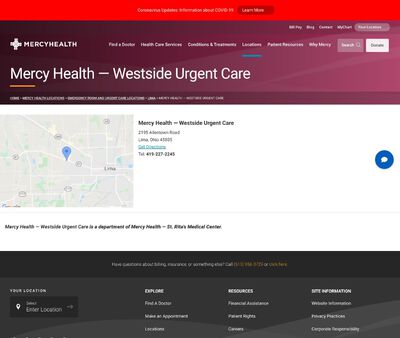