There Are 34 Public Clinics & 47 Private STD Clinics Near You

If you're looking for cheap std testing clinics in the Live Oak area to get a HIV, Herpes, Chlamydia, Gonorrhea, Syphilis or Hepatitis screening for yourself or your partner, you can get tested today by selecting an option below to find an affordable std test clinic near you.
Same day std testing locations also available with results in 1-2 days. Learn more here.

There Are 34 Public Clinics & 47 Private STD Clinics Near You

If you're looking for cheap std testing clinics in the Live Oak area to get a HIV, Herpes, Chlamydia, Gonorrhea, Syphilis or Hepatitis screening for yourself or your partner, you can get tested today by selecting an option below to find an affordable std test clinic near you.

Questions about STD Testing?
Call at 1-800-666-1250 ( 8AM-5PM MON-FRI )
Call at 1-800-666-1250 ( 8AM-5PM MON-FRI )
COMPARE TESTS AND PRICING FIND A CLINIC IN Live Oak
DISCLAIMER
Safer STD Testing is an informational referral website. It refers customers to nationally reputed private STD Testing service providers (“Preferred Service Providers” or “Advertisers”). Safer STD Testing is not a medical or healthcare professional facility or a provider of any medical or healthcare services. Safer STD Testing gets compensated on net purchase of products or services by our users referred to such Preferred Service Providers. Click here to read our full disclaimer.

What are the STI test options in Live Oak,TX?

Live Oak, TX, is a city in Bexar County that has been an increase in HIV cases for the last five years. Health reports indicate the number of infections sharply rose from 4,319 in 2015 to 5,888 in 2020.

To lower the rate of HIV/STD infections in Bexar County, the health department distributes condoms in educational institutions and across the county. The officials work with community organizations to develop policies to access more funding for STI prevention programs.

Most health centers in Live Oak City may offer free STD testing services. However may be available to persons who meet specific income requirements, and hours and availability might not be consistent.

Description: Appointments needed for testing services. Lab services provided in partnership with an outside agency.

Description: HIV services are provided to adults age 18 and older.

Kind Clinic was established in 2015 to provide sexual health and wellness to all Texans. Its staff delivers leading-edge medical care to everyone without judgment or stigma. Services include HIV and STD testing, treatment, and prevention.

Any resident of Live Oak may visit Kind Clinic to get HIV/STD testing, diagnosis, and treatment. You don't have to worry about your financial status as services may be available at no cost.

Medical prescriptions may be available to you following a positive STD diagnosis. Your physician could also schedule a follow-up appointment. However, STD-negative clients may get PrEP, PEP, and preventative information for future risk reduction.

The medical team serves all its clients without discrimination. Furthermore, it discharges confidential medical services on an appointment or drop-in basis. The health center has a discrete online portal for clients to access medical records conveniently. 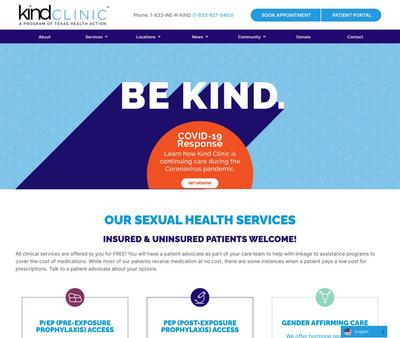 San Antonio AIDS Foundation has existed since 1986. Its HIV/STD Testing & Prevention Education unit has a mission of preventing the spread of HIV by providing comprehensive HIV services, including screening, treatment, and information. HIV testing is usually via a finger-stick test that may release results in about 60 seconds.

Anyone who visits the medical center may access free HIV testing services without judgment or bias. You can get healthcare services despite your financial or insurance situation.

Persons who test positive for HIV may get confirmatory tests and medical and social case management services. Additionally, clients can access sexual health education and counseling services in English and Spanish. Alternatively, STD-negative clients can get preventative materials like condoms.

The healthcare providers offer anonymous or confidential HIV screening. HIV testing services may be through walk-ins during the open hours. Those unable to visit the health center may acquire at-home HIV tests or screen for HIV at the mobile testing unit.

BEAT AIDS or Black Effort Against the Threat of AIDS is an organization that has served the community for over 30 years. Its staff commits to providing quality HIV education, prevention, and services. Clinical services include non-judgmental HIV/STD screening.

The doors of BEAT AIDS are open to any resident of Live Oak seeking HIV care services. HIV screening may be free and confidential for everyone without bias.

Persons who test positive for HIV may get medical/social management services and linkage to other human agent services. Such persons can also receive referrals for medical and dental care, support groups, housing, and utility assistance. On the other hand, prevention supplies like PEP, PrEP, and condoms may be available to those who get negative diagnoses.

The healthcare providers offer a discrimination-free healthcare environment for any person seeking HIV and STD services. Furthermore, the medical staff provides comprehensive HIV care through the Ryan White program. BEAT AIDS is a one-stop shop for all your HIV care needs. 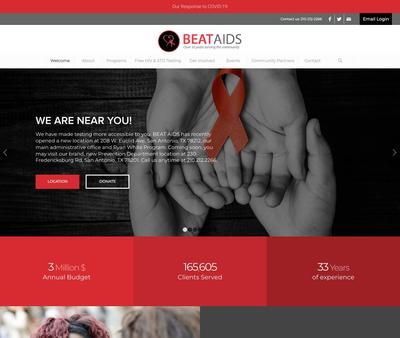 San Antonio Metropolitan Health District's staff serves San Antonio and Bexar County residents. It also attends to individuals with no other means of obtaining STD services. The services available may be at a low cost, with insurance accepted for payment.

Persons who test positive for STDs may get linkage to primary care providers. HIV-negative clients at risk of infection can access PrEP services and professional counsel for future risk reduction.

STD services are on a walk-in basis only, which should be 45 minutes before closure. Those with vehicles may access free and plenty of parking spaces onsite. A secure online portal is available for you to access your medical information anytime. 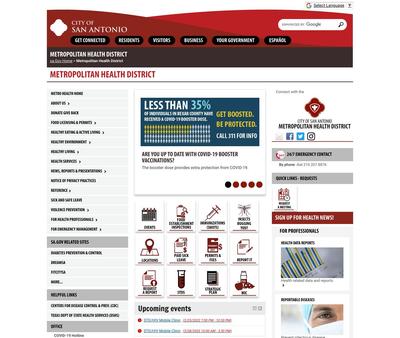