There Are 16 Public Clinics & 20 Private STD Clinics Near You

If you're looking for cheap std testing clinics in the Brenham area to get a HIV, Herpes, Chlamydia, Gonorrhea, Syphilis or Hepatitis screening for yourself or your partner, you can get tested today by selecting an option below to find an affordable std test clinic near you.
Same day std testing locations also available with results in 1-2 days. Learn more here.

There Are 16 Public Clinics & 20 Private STD Clinics Near You

If you're looking for cheap std testing clinics in the Brenham area to get a HIV, Herpes, Chlamydia, Gonorrhea, Syphilis or Hepatitis screening for yourself or your partner, you can get tested today by selecting an option below to find an affordable std test clinic near you.

Questions about STD Testing?
Call at 1-800-666-1250 ( 8AM-5PM MON-FRI )
Call at 1-800-666-1250 ( 8AM-5PM MON-FRI )
COMPARE TESTS AND PRICING FIND A CLINIC IN Brenham
DISCLAIMER
Safer STD Testing is an informational referral website. It refers customers to nationally reputed private STD Testing service providers (“Preferred Service Providers” or “Advertisers”). Safer STD Testing is not a medical or healthcare professional facility or a provider of any medical or healthcare services. Safer STD Testing gets compensated on net purchase of products or services by our users referred to such Preferred Service Providers. Click here to read our full disclaimer.

What are the STI test options in Brenham,TX?

The public health department in Washington County relies on state funds to fight the spread of HIV/STD infections. They use the available resources to provide HIV/STD education and to collect, analyze, interpret, and share HIV/STD surveillance data. Local health officials in the county also plan for and support private and non-governmental institutions that provide HIV/STD services.

While in any of the above clinics, free STD testing may be available, but some tests may not be comprehensive. Also, in some clinics, the test results may not be immediate.

Description: Public Health Department/Social Services Department. Services for those with no insurance, or under-insured.

Description: Public Health Department/Social Services Department. Limited HIV testing services by the STD/HIV State Program. Please call to find out when they will be in the area.

Description: Need to register as a patient. Closed for lunch 12noon-1pm

Description: Educational Organization/Institution. Need to enroll as a client. Through several available funding sources eligible women may receive services at no fee, or at a reduced fee, based on family income and size. Family Planning services available for men.

Description: Public Health Department/Social Services Department. No I.D. or insurance is required for HIV and STD testing. Closed from 12noon-1pm on Monday - Friday

Brenham Clinic is a satellite clinic of Baylor Scott & White Health staffed with a medical team that handles infectious diseases and internal medicine.

To access the services, you may be required to complete the pre-registration process. Various insurance plans are accepted at the clinic. It also provides multiple options for patients to pay their bills, including by phone, person, mail, or online. Financial assistance is also available.

There are various options, including vaccination, pain relief, and medication used by physicians to help individuals suffering from infectious diseases. Those diagnosed with HIV receive comprehensive care to live healthily.

Brenham Clinic makes it easier for patients to schedule an online doctor appointment and receive care without visiting the clinic through virtual visits. It also has various community programs that are designed to provide healthcare education to members of the public. 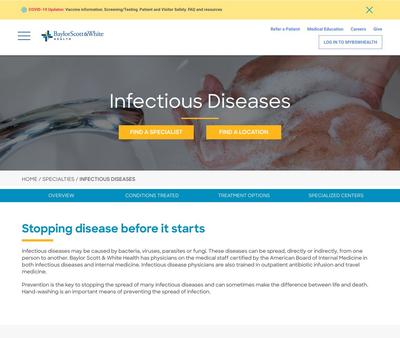 Access Health Bellville WIC Clinic is run by Access Health. This not-for-profit community health center opened its doors in 1975 to deliver healthcare services for the low-income population in Fort Bend and Waller counties.

Its medical staff serves PLWHA and those wishing to avoid transmission through its integrated healthcare program. Patients can receive Hepatitis/HIV/AIDS prevention and treatment services through the program as mentioned above.

Individuals of all ages, ethnicities, races, and with or without insurance are welcome for STD/HIV services. Patients with family incomes less than 200 percent of the federal poverty level are charged at a sliding scale. Individuals with Medicaid, CHIP, Medicare, and most private insurances are welcome for STD services. Those without insurance may receive discounted services based on their household income and family size.

The doctors and nurse practitioners help clients diagnosed with HIV develop a treatment plan to ensure they receive the quality care that suits their needs. The clinic’s pharmacy staff will help those with positive Hepatitis C results to obtain drugs by applying to their patient assistance programs. Also, HIV preventative medication such as PEP and PrEP is offered at the facility.

Uninsured individuals diagnosed with HIV can receive assistance in enrolling in an insurance plan. The staff assists those unable to join a drug assistance program that will cover their medication costs. 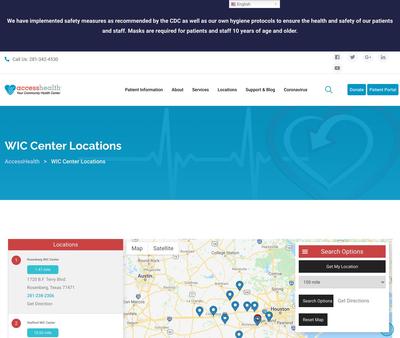 It collaborates with medical care providers, community health programs, and local health departments to offer services and resources to prevent the spread and complications caused by STDs and HIV infections.

STD/HIV testing is open to all public members regardless of their insurance status or age. A sliding fee scale may be available to uninsured patients.

Besides providing care and treatment for individuals infected with STD/HIV infections, the nurses and doctors conduct follow-ups to ensure quality treatment and partner notification. They also promote and administer age-appropriate vaccines for all Texans. 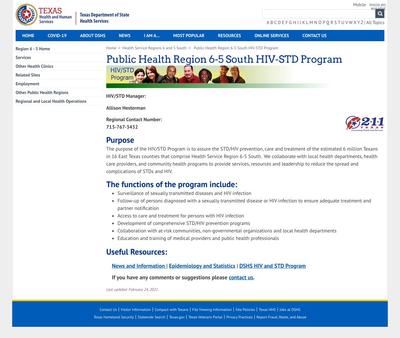 Since 2006, Excel Urgent Care Pllc has offered convenient and cost-effective care to all patients across Katy, Sugar Land, and Cypress.

Equipped with an on-site lab, clients can receive STD/HIV testing as well as drug and alcohol screenings.

Individuals diagnosed with STIs will receive STD treatment. Also, the medical staff will help patients through each step of their visit from check-in, testing, and counseling to finally checkout. Patients can also receive electronic prescriptions. Immunizations for Hepatitis A and B are also available.

The clinic makes the patients’ experiences memorable with state-of-the-art medical technology and a warm, comfortable reception area. It also offers Covid-19 office and curbside testing on an appointment basis. 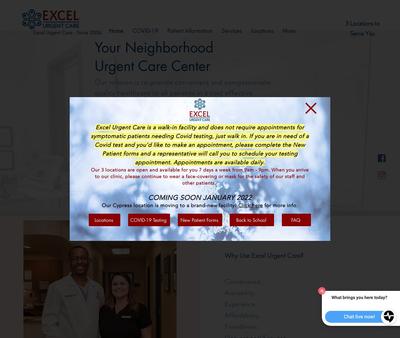