Free STD Testing in the State of Oklahoma

There Are 83 Public Clinics & 51 Private STD Clinics Near You

If you're looking for cheap std testing clinics in the state of Oklahoma to get a HIV, Herpes, Chlamydia, Gonorrhea, Syphilis or Hepatitis screening for yourself or your partner, you can get tested today by selecting an option below to find an affordable std test clinic near you. Same day std testing locations also available with results in 1-2 days. Learn more here.

What are the STI test options in Oklahoma?

Oklahoma is a bustling Midwest state noted for its many diverse landscapes. The common natural backdrop includes scenic hills, lakes, and forests. With so much natural beauty it’s easy to get lost in all the outdoor activities that Oklahoma’s residents commonly engage in and not give much thought to matters like sexual health. However, with STD rates up 15 percent since 2013, STD testing is clearly a vital part of the sexual health of the state’s residents. knowing your status is extremely important and as a result, the state has a variety of STD clinics, private STD testing centers, and free STD testing centers in Oklahoma.

Clinic. Services for the Native American Community only

Community Based Organization. Services for Native Americans only

Public Health Department/Social Services Department. HIV testing as part of a general screening for STD only

Community Based Organization. Services for Native Americans only

Clinic. Services for Native Americans only

Not Sure Which Option Is Best For You? Let us point you in the right direction for STD testing in , OK

STD Statistics for the State of Oklahoma

Statistics reported is based on publicly available data sources such as CDC for OK. Data is normalized to accurately report Oklahoma STD Breakdown. Demographic breakdowns are based on STD reporting available at the state level.

Chlamydia continues to be the most commonly reported STD in Oklahoma, with a 15 percent increase in reported cases since 2013. Overwhelmingly, 70.9 percent of all the cases of chlamydia are among females, with males making up only 29 percent. The highest rates are among young people, age 20-24. Gonorrhea and hepatitis C follow chlamydia closely, in the increasing number of reported STD’s, with gonorrhea up 22.3 percent since 2013. additionally, HIV rates continue to rise as well, with the highest numbers being among males age 20-39. The majority of all reported HIV cases in 2015 came from three predominant metropolitan areas, Oklahoma City, Tulsa, and Lawton.

Many STD’s don’t display any outward symptoms, making it extremely important to get tested routinely. Testing provides an opportunity to become educated on current STD trends and symptoms and helps to stress the importance of practicing protected sex. This initiative can be seen with some of Oklahoma’s schools as well as at many of the state’s colleges. However, the amount of sex education that students receive varies greatly from school district to school district.

Despite sex education not being a requirement within the public school system, HIV education is still a needed course that does provide some education to young people. Furthermore, there are a wide variety of places that provide HIV testing as well as testing for other STD’s. Many facilities that provide HIV and herpes testing also test for other STD’s. With testing also comes the opportunity to learn about ways to protect yourself and to increase your education when it comes to sexually transmitted diseases.

Unfortunately, people who fall lower on the socioeconomic scale tend to be more prone to STD’s. Poverty tends to have a relationship with poor education and unequal access to quality healthcare. This is because with limited finances it’s hard to afford doctor visits. A disproportionately large number of the minority population in Oklahoma live in poverty stricken areas where equal access to quality healthcare and testing may not be as conveniently available.

In addition, many poor minorities have a fear or mistrust of receiving inferior or inadequate treatment from doctors and in turn opt not to get tested. The results are often higher numbers of STD’s, diminished education, and the practice of unprotected risky behaviors. Additionally living in an area with a high number of infected individuals who are both aware of their status and unaware results in a much greater possibility of becoming infected with a STD.

Education is a big part of the solution when it comes to the high number of reported STD’s in the state. The first part of education is knowing your status and practicing safe sex by protecting yourself. Testing facilities provide services that offer a huge part of the solution. Access to quality healthcare and testing facilities educate the public and arm them with the tools they need to help diminish the growing number of STD’s like chlamydia, which has had a huge negative impact on the expanding number of STD statistics for the state. 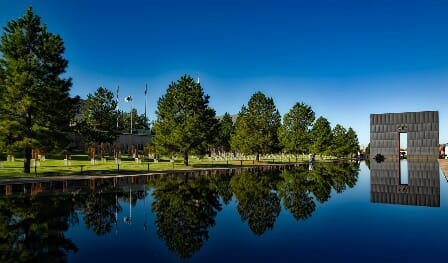 There is infinite power in knowing your status. Getting tested ensures that you’re healthy and educated about the danger of STD’s. The state has a wide variety of facilities that offer confidential STD testing. Testing centers do more than providing information on your status, they are also a huge resource for up to date sex education and ways to practice safe sex. STD Counseling is also a common service provided as well. Committing to protecting your own health also positively affects others around you.

Although Oklahoma has seen a rise in STD’s like chlamydia, STD testing centers offer a viable solution to reducing the number of newly reported cases. Unfortunately, many of the STD’s that the state is seeing a rise in are disproportionately affecting minorities and those from lower socioeconomic areas. With more schools voluntarily creating sex education programs in addition to the required HIV prevention programs, the overall rate of many STD’s will begin to decline.