There Are 15 Public Clinics & 3 Private STD Clinics Near You

If you're looking for cheap std testing clinics in the Perryton area to get a HIV, Herpes, Chlamydia, Gonorrhea, Syphilis or Hepatitis screening for yourself or your partner, you can get tested today by selecting an option below to find an affordable std test clinic near you.
Same day std testing locations also available with results in 1-2 days. Learn more here.

There Are 15 Public Clinics & 3 Private STD Clinics Near You

If you're looking for cheap std testing clinics in the Perryton area to get a HIV, Herpes, Chlamydia, Gonorrhea, Syphilis or Hepatitis screening for yourself or your partner, you can get tested today by selecting an option below to find an affordable std test clinic near you.

Questions about STD Testing?
Call at 1-800-666-1250 ( 8AM-5PM MON-FRI )
Call at 1-800-666-1250 ( 8AM-5PM MON-FRI )
COMPARE TESTS AND PRICING FIND A CLINIC IN Perryton
DISCLAIMER
Safer STD Testing is an informational referral website. It refers customers to nationally reputed private STD Testing service providers (“Preferred Service Providers” or “Advertisers”). Safer STD Testing is not a medical or healthcare professional facility or a provider of any medical or healthcare services. Safer STD Testing gets compensated on net purchase of products or services by our users referred to such Preferred Service Providers. Click here to read our full disclaimer.

What are the STI test options in Perryton,TX?

According to health statistics, it's clear that residents in Perryton, TX, practice safe health practices because, over the last ten years, Ochiltree County recorded zero HIV cases. Except in 2012, when one HIV case at a rate of 9.4 per 100,000 persons was reported, and in 2016, three at a rate of 29.2. At the end of 2019, there were zero HIV cases.

STD infections were low in Ochiltree county. Only one Syphilis infection at a rate of 10.1 was reported in 2018 and was a slight rise from zero in 2014.

To maintain an HIV-free generation, TX Health and Human Services Offices support the Ryan White AIDS program that ensures PLWHA has access to HIV health care, treatment, and support services. It also educates the public, prioritizing school-age teenagers and young adults to increase their knowledge of HIV and sexual health.

To improve the sexual health of the residents and families in Perryton, TX, some clinics offer free STD testing. However, the free service may not include follow-ups, and such clinics are limited.

Perryton Health Center, Family Health Center, and The DeWitt Family Practice are some health centers in Perryton, TX, where you may get tested for STDs and HIV.

Description: Public Health Department/Social Services Department. Closed for lunch from 12noon-1pm. Priority given to those with appointments

Description: Need to enroll as a patient. Closed from 1pm-2pm

Description: Need to enroll as a patient. Closed daily at 1pm-2pm

Please use the map to find a public clinic in Perryton, Texas
GO TO CLINIC LISTINGS ABOVE
STD STATISTICS

Hansford Hospital focuses on improving the health and well-being of individuals and families in Perryton, TX, and its neighborhoods. Medical professionals on-site specialize in providing acute and long-term care for the whole family. They may conduct various HIV/STD tests if you're at risk or have recently been exposed to the infections.

If you want to settle your medical bill, you can use Medicaid, Medicare, and most private insurance policies. The facility serves clients on an appointment basis.

To ensure the health and wellness of patients, health professionals provide routine screenings and pap smears upon request. They may also offer appropriate medical therapies for clients with abnormal pap tests and HIV/STD-positive results.

Clients can use the patient portal to review their medical history, view laboratory results, or schedule appointments remotely. You can also find DOT, camp, and sports physicals at the clinic. Members of the LGBTQ community can seek hormonal replacement therapy on location. 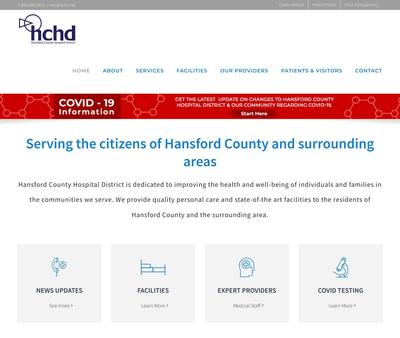 Medical practitioners enlighten patients on reproductive health services through health education. They may also refer clients to gynecologists if they need specialty care. Depending on the diagnosis, the nurse practitioners may formulate suitable treatment options.

The clinic allows clients to connect with their medical providers and make reservations remotely through the MyChart account. Under the guidance of a qualified behavioral health physician, the medical team implements customized inpatient care programs to meet the unique needs of people with mental health issues.

For over 50 years, Ochiltree General Hospital has provided the local communities with quality and dependable medical services. Its medical team specializes in preventive and diagnostic services. The on-site laboratory utilizes modern technology to provide clients with accurate STD results. It may offer most of the results within 24 hours.

All public members are welcome for HIV/STD care at the health center. Clients should contact the staff to schedule their most preferred appointment time in advance.

Medical practitioners on-site provide personalized risk reduction counseling to enlighten clients on how they can reduce their sexual health risks. They may also create prescriptions for clients diagnosed with HIV, Hepatitis, and other STDs or refer them for treatment elsewhere.

Health personnel at the clinic assist clients in dealing with financial, social, and emotional questions that arise from illnesses or hospitalization by offering aftercare referrals. They also help them apply for insurance coverage and eligible financial assistance programs.

Plus, they facilitate behavioral health programs such as individualized psychoeducation sessions and counseling that help individuals, families, and groups cope with new life changes. Patients can schedule appointments and communicate with their medical professionals remotely through the patient portal. 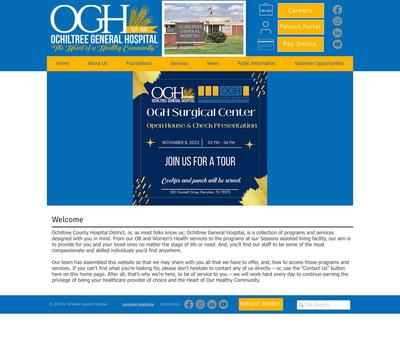 Care Today Urgent Health provides fast and convenient solutions for individuals with non-life-threatening illnesses and injuries. Upon arrival, the medics may take your medical history and perform various assessments before recommending the next course of action. If they suspect you're exposed to STDs, they may send you to the in-house lab for HIV/STD diagnostics.

The clinic strives to increase accessibility to care by providing clients with services on an appointment or walk-in basis.

After obtaining the results, the medics may help you interpret them. If you have a positive diagnosis, they may educate you on ways to manage the condition and provide treatment plans. The clinical staff may refer you elsewhere if you need comprehensive services.

Established patients can consult with medical professionals in person or schedule a telemedicine appointment to obtain services remotely. You can easily access your refill prescriptions, medical information, and laboratory results through the clinic's patient interface. The facility provides workers' compensation programs. 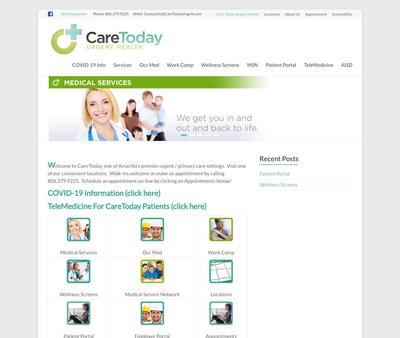