There Are 62 Public Clinics & 12 Private STD Clinics Near You

If you're looking for cheap std testing clinics in the Garfield Heights area to get a HIV, Herpes, Chlamydia, Gonorrhea, Syphilis or Hepatitis screening for yourself or your partner, you can get tested today by selecting an option below to find an affordable std test clinic near you. Same day std testing locations also available with results in 1-2 days. Learn more here.

What are the STI test options in Garfield Heights,OH?

Garfield Heights, a suburb of Cleveland and a city in Cuyahoga County, is susceptible to the same STD epidemics as larger cities in Ohio.

In 2014, Cuyahoga County was ranked 20th in the U.S. for chlamydia infections, with 9,072 cases reported and a rate of 718.2 per 100,000. Since the population has decreased since 2010, this is a particularly worrying statistic for Cuyahoga residents.

Since the HIV prevalence rate for Cuyahoga County is also on the rise, the Cuyahoga County Board of Health has worked in conjunction with the Cleveland Department of Public Health to offer vital HIV support to affected residents, including those living with HIV, those at risk, and their families.

Information services provided by the Cleveland Department of Public Health to help Cuyahoga County residents locate the aid they need include the First Call for Help service. Also, support is offered through clinic sessions at the West Side Clinic on Venture Drive and the East Side Clinic at South Pointe Hospital.

Facilities that can provide appropriate examinations and STD treatments include the Walgreens Healthcare Clinic on Warrensville Center Rd, CVS MinuteClinic on Cedar Rd, and the Concentra Urgent Care clinic.

Several clinics in and around Cuyahoga County may offer free STD testing. However, results might not be immediate, and wait times at the clinics can be inconsistent.

Description: Social Service Organization. Please note: Open the 1st and 3rd Saturday of each month, and the 2nd and 4th Friday of each month only. Call to verify the schedule

Description: Appointments needed for HIV testing. Need to enroll as a patient.

Not Sure Which Option Is Best For You?
Let us point you in the right direction for STD testing in Garfield Heights, OH

Please use the map to find a public clinic in Garfield Heights, Ohio
GO TO CLINIC LISTINGS ABOVE

Statistics reported is based on publicly available data sources such as CDC for Cuyahoga County, OH. Data is normalized to accurately report Cuyahoga County STD Breakdown.

Care Alliance Health Center is a medical facility whose staff offers affordable primary care in a timely and efficient manner. The medical personnel is competent in providing multiple health services, including primary, chronic, and pediatric care as well as physical therapy. Also, physicians are proficient in screening and treating STDs.

All persons may receive low-priced STD screening and treatment, and payment options may include insurance plans, cash, and credit cards.

Clinicians may offer counseling services to all patients and give safer sex kits to STD negative patients who are at risk of getting infected. Also, patients with positive test results may receive medication.

You may opt to reserve an appointment or walk-in at your convenience. Also, the facility has a mobile clinic that aims at serving interior communities. Additionally, the staff runs a medical outreach program that provides reproductive sex education and offers linkage to financial support services to HIV positive patients. 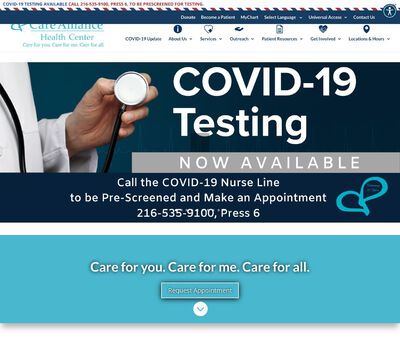 For over 25 years, Signature Health has been providing comprehensive health-care services to the North Eastern community of Ohio. The non-profit organization’s staff focuses on improving the well-being of the society by providing services such as counseling, gynecological care, breast and cervical screening, and birth control. Additionally, rapid STD testing and treatment services are available, and you may receive HIV and Hepatitis C results in 30 minutes.

HIV and Hepatitis C testing is free of charge. However, other STD services may carry a small charge, and you may pay for your medical expenses through insurance, cash, or credit cards. Also, uninsured patients may qualify for a sliding scale fee program.

The facility has an on-site pharmacy hence giving a simplified and time-saving medical experience. Also, health-care providers are prompt while offering medical services thus reducing waiting hours. You may choose to walk-in or reserve an appointment slot at your convenience. 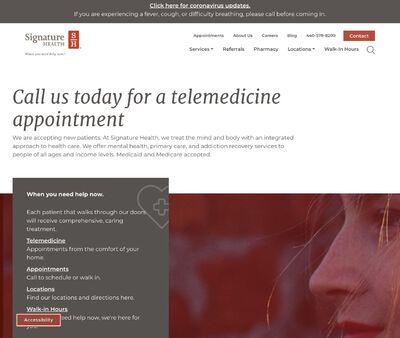 Low-cost STD evaluation and treatment services are available to every person. Also, service providers accept various modes of payments, including insurance plans, cash, and credit/debit cards. Moreover, uninsured patients may qualify for a state-funded program or be eligible for a sliding fee scale program.

Condoms, dental dams, PrEP, and PEP, are among the preventative measures available to STD negative patients, while clients who get a positive diagnosis may receive medication prescriptions. 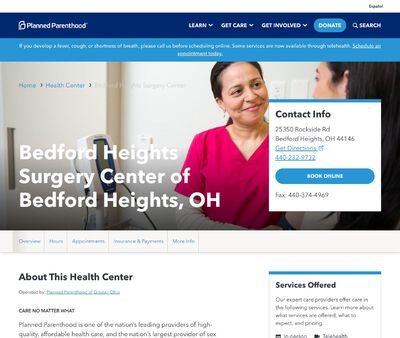 Cuyahoga County Board of Health

Cuyahoga County Board of Health is a medical facility that is tasked with providing affordable health-care services to the residents of Cuyahoga County and the surrounding regions. The facility has experienced physicians who provide various medical services, including birth control, pregnancy testing, child and adult vaccinations, and treatment of allergies. The medical team is also efficient in treating infectious diseases such as STDs and Tuberculosis.

Anyone may receive free or low-cost STD testing and treatment, and teenagers do not require parental consent to receive health care. For charged services, the service providers accept insurance plans, cash, and credit card modes of payment. Moreover, the facility is a Title X clinic thus medical expenses are on a sliding fee scale payment schedule.

Clinicians may take urine or blood samples to test for STDs. Additionally, medication prescriptions may be available to patients whose tests are reactive, while negative clients may get safer sex supplies such as condoms. 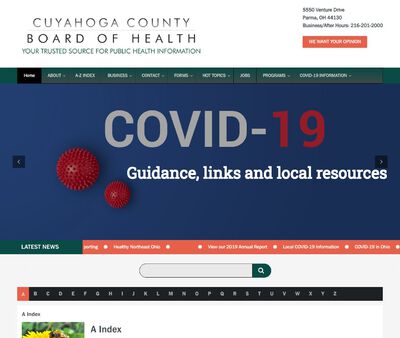 Any person may receive low-priced STD testing and treatment, and you may cater to your medical bills through insurance, cash, and credit or debit card.

Medical providers may discreetly carry out STD testing in the on-site laboratory. Afterward, STD positive patients may receive medication prescriptions in the form of injections or tablets, while STD negative clients may get condoms, PrEP/PEP as preventatives.

The clinic is open seven days a week, and the medical staff may work for extended hours to meet the client’s needs. Also, the facility has an online billing system that enables patients to pay for their medical expenses with convenience. Moreover, the health center is stocked with state-of-the-art equipment. 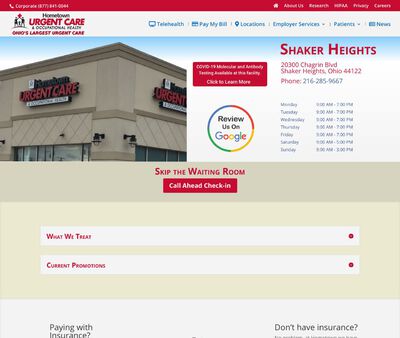 Lakewood Urgent Care is a medical institution that provides quick medical services to persons with non-emergency medical needs. Some of the services that you may receive include occupational health, pre-travel immunizations, X-rays, and school physicals. Medical caregivers are also well-trained in treating minor injuries, respiratory infections, burns, and infectious diseases such as STDs.

The clinical team may prescribe curative medication upon the release of a positive diagnosis. Also, patients at high risk of getting infections may get condoms, PrEP, or PEP.

The health center has an on-site laboratory posing convenience to persons who require quick STD tests. Also, appointments are not necessary since the medical team attends to clients on a walk-in basis. The facility is easily accessible, and the staff works promptly and efficiently to minimize long waiting hours. 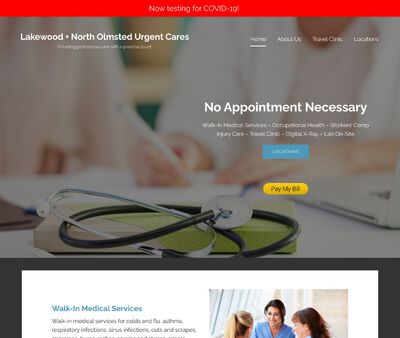