There Are 5 Public Clinics & 32 Private STD Clinics Near You

Located in the Dallas-Fort Worth metropolitan area, Denton has stunning architecture like the Denton County Courthouse-on-the-Square Museum; however, among the museums and universities lurks a darker reality of climbing rates of sexually transmitted diseases.

If you're looking for cheap std testing clinics in the Denton area to get a HIV, Herpes, Chlamydia, Gonorrhea, Syphilis or Hepatitis screening for yourself or your partner, you can get tested today by selecting an option below to find an affordable std test clinic near you. Same day std testing locations also available with results in 1-2 days. Learn more here.

COMPARE TESTS AND PRICING
FIND A CLINIC IN Denton

What are the STI test options in Denton,TX?

Denton County reported the following statistics in 2017 for STD rates per 100,000 residents: 289.9 for chlamydia, 85.1 for gonorrhea, 22.7 for syphilis, and 7.1 for HIV. These rates are alarming, especially for HIV, syphilis and gonorrhea.

Compared to other counties, Denton has lower rates of chlamydia, and slightly higher rates of other STDs including HIV, gonorrhea, and syphilis.

All STDs have been increasing across the county, with the exception of HIV.

Although treatable, these conditions lead to long-term and serious health consequences when not treated. Also, many STDs can take hold in the body without any signs or symptoms. Therefore, testing is the only sure way to know.

Preventative and reduction measures in the area include multiple approaches across demographics. Programs and approaches include: Project SAFE, which is an intervention program for ethnic minority women; Safe in the City, which is an intervention video series created to be played in STD testing waiting rooms; and patient encouragement for partner notification. Free STD testing is another program offered. While it does screen for HIV it might not for other sexual diseases.

Public Health Department/Social Services Department. Eligibility is based on income, resource, residency and household composition. Please call the office and speak to any staff member to determine if you meet the prescreening requirements

Social Service Organization. Some charges associated with your services may be covered by your insurance or a state-funded program. Please bring in your insurance information if you plan to use it

Community Based Organization. Based on funding, may be free if qualified. Please bring ID, proof of address, and proof of income or Medicaid/health insurance/Medicare

Social Service Organization. If you are uninsured, you may qualify for a state-funded program or a lower fee scale. Please bring the following documents: birth certificate, pay stub, photo ID, proof of residence. Fees for services are based on your household income. Please bring proof of income when you arrive for your visit. You will not be turned away because of your inability to pay

Not Sure Which Option Is Best For You? Let us point you in the right direction for STD testing in Denton, TX

Statistics reported is based on publicly available data sources such as CDC for Denton County, TX. Data is normalized to accurately report Denton County STD Breakdown. 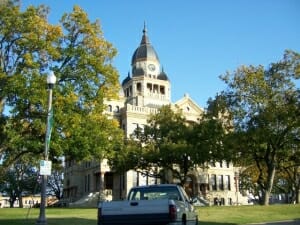 Located in Denton County, but considered a part of the Dallas metro area this small town is surprising high care officials. With two nearby college campuses and close to 45,000 students, STD statistics were expected to be higher. While the area does have low rates for sexually transmitted diseases, the data is showing that a health crisis still exists in the small, rural city.

With the large college age population in Denton, it is surprising to find that many men and women do not understand the dangers of having unprotected sex, or how important it is to get tested regularly. While the independent school district does follow the state’s general curriculum that promotes abstinence, it is obviously not doing enough to educate pubescent teenagers since the age of sexual activity is consistently growing younger. Teenage births for the area are increasing, along with STD rates which seem to indicate a problem with the area’s sexual education system.

One of the best methods teenagers and adults in the Denton area can protect themselves and those around them is to visit one of the clinics conveniently located around the college campuses. With the lack of education many residents do not realize how important Herpes testing in Denton is, especially since the symptoms are easily confused with a skin irritation. HIV testing in Denton is always crucial for continued good health, and often the symptoms do not appear until the disease has developed into AIDs.

The large number of college age residents certainly affects the STD rates, especially since the majority of new cases of Gonorrhea and Chlamydia are appearing in adults ages 18-25. While the freedom of being away at college can cause some students to forget about practicing safe sex, the lack of education being taught at a high school level is definitely contributing to the problem.

Until the state’s sexual education curriculum is able to handle more than recommending abstinence until marriage, the city will continue to have high STD rates. Testing regularly is one of the best ways residents can be sure of their sexual health, and help prevent the continuing spread of STDs. With two college campuses located nearby, residents also have the option of choosing from more than one testing center. 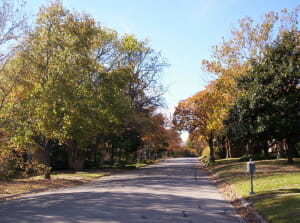 There several reasons why the small city of Denton is considered a great place to live, but it is also dealing with the same health problems that are affecting the rest of the state. While the area does not have the high STD ranking as nearby Dallas, it is still reporting over 200 new cases a year. With its small population, this is higher than the national average.

Instead of mobile STI testing or taking advantage of a free HIV clinic, there are local labs that offer the privacy that is lacking at other facilities. Even with no insurance, it is affordable and you often receive same-day results.

Other Cities Near Denton, Texas