There Are 34 Public Clinics & 84 Private STD Clinics Near You

Richardson, Texas, is known as the Telecom Corridor due to all the telecommunications companies in town. Keep your sexual health on point by getting tested regularly for STDs in a clinic near you.

If you're looking for cheap std testing clinics in the Richardson area to get a HIV, Herpes, Chlamydia, Gonorrhea, Syphilis or Hepatitis screening for yourself or your partner, you can get tested today by selecting an option below to find an affordable std test clinic near you. Same day std testing locations also available with results in 1-2 days. Learn more here.

COMPARE TESTS AND PRICING
FIND A CLINIC IN Richardson

What are the STI test options in Richardson,TX?

Health officials are worried about the rising rates and urge every sexually active person to always use protection and get tested regularly, even if they are not experiencing symptoms. Most STIs are asymptomatic in the early stages, but if left undetected and untreated, they can do irreversible damage to the body. Plus, they can be passed on to others.

Richardson doesn’t have many clinics, but there are many more options in Dallas and the other suburbs (and it might be easier to find free STD testing in the larger city). The PrimaCare Medical Center on Plano Rd does STD testing.

There’s a Planned Parenthood in Plano. They test for STIs and treat all except HIV, and the fee is on a sliding scale. And the Safe Lab STD Testing Centers in Garland also offers screening.

Social Service Organization. Some charges associated with your services may be covered by your insurance or a state- funded program. If you want to use your insurance, please be sure to bring in your insurance information at the time of your visit

Clinic. Rapid HIV testing with results in 10 minutes is available for $50

Women and families impacted by H/A

Must be HIV+ to receive medical services, case management or psychosocial services. Rapid HIV testing is free and open to public

Not Sure Which Option Is Best For You? Let us point you in the right direction for STD testing in Richardson, TX

Please use the map to find a public clinic in Richardson, Texas
GO TO CLINIC LISTINGS ABOVE
0
People, On Average, Visit This Site From Texas Every Month
0
People from Texas, On Average, Take Action For Their Sexual Health

Statistics reported is based on publicly available data sources such as CDC for Dallas County, TX. Data is normalized to accurately report Dallas County STD Breakdown.

This small city has a thriving younger population and recent stats show that this influx of residents has also contributed to the community’s growing health problem. 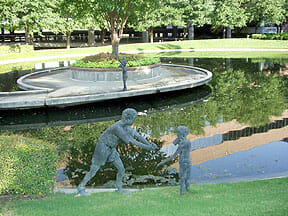 The city of Richardson is experiencing the same health epidemic as the rest of the state, and the city is also located in two counties with some of the highest STD rates. Unfortunately this has not prompted city officials to deviate from the state approved sexual education program that promotes abstinence instead of safe sex. While recent changes have been made to the educational program that now includes discussions about the benefits of using a condom, it still does not address the importance of being tested regularly for STDs. Until this is implemented in the city’s sex education program the number of teenagers and young adults infected with a sexually transmitted disease will continue to rise.

While teaching abstinence to high school students will help to lower the number of teenage pregnancies, it will not protect teens and young adults against all sexually transmitted diseases. Some STDs can be passed without sexual contact, and others can only be detected with regular testing. HIV tests in Richardson are important to your overall health, and it is also the only method to accurately diagnose the disease. Herpes tests in Richardson can help prevent embarrassing cold sores from appearing, along with with helping to stop the spread of the disease.

There are some religious and conservative beliefs that make it difficult for parents and teenagers to have a responsible and informative discussion on the dangers associated with being sexually active. Until the city is able to educate its younger residents about the importance of taking care of their sexual health, the STD rates in the city and county will continue to rise. 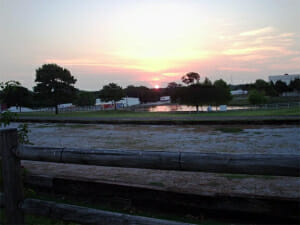 With the majority of the population young adults, there is plenty of activity in the small town of Richardson. In between the festivals and exploring the outdoor parks it is also important to remember to get tested regularly. The health centers in town often have long lines and there is always the possibility of running into a neighbor, which is why many residents are choosing to schedule a confidential STD test in Richardson.

Other Cities Near Richardson, Texas