There Are 4 Public Clinics & 11 Private STD Clinics Near You

If you're looking for cheap std testing clinics in the Kirkland area to get a HIV, Herpes, Chlamydia, Gonorrhea, Syphilis or Hepatitis screening for yourself or your partner, you can get tested today by selecting an option below to find an affordable std test clinic near you.
Same day std testing locations also available with results in 1-2 days. Learn more here.

There Are 4 Public Clinics & 11 Private STD Clinics Near You

If you're looking for cheap std testing clinics in the Kirkland area to get a HIV, Herpes, Chlamydia, Gonorrhea, Syphilis or Hepatitis screening for yourself or your partner, you can get tested today by selecting an option below to find an affordable std test clinic near you.

Questions about STD Testing?
Call at 1-800-666-1250 ( 8AM-5PM MON-FRI )
Call at 1-800-666-1250 ( 8AM-5PM MON-FRI )
COMPARE TESTS AND PRICING FIND A CLINIC IN Kirkland
DISCLAIMER
Safer STD Testing is an informational referral website. It refers customers to nationally reputed private STD Testing service providers (“Preferred Service Providers” or “Advertisers”). Safer STD Testing is not a medical or healthcare professional facility or a provider of any medical or healthcare services. Safer STD Testing gets compensated on net purchase of products or services by our users referred to such Preferred Service Providers. Click here to read our full disclaimer.

What are the STI test options in Kirkland,NY?

Oneida County Health Department, where Kirkland, NY, town is located, was able to control HIV incidences in 2014 and 2019 because no  HIV cases were reported between that period.

Most STDs were diagnosed among young people 26 years and below. In 2017, there were five persons diagnosed with Early Syphilis at a rate of 2.0 per 100,000 persons.

To turn the tide of STDs and HIV, the Oneida County Health Department has partnered with homeless shelters, churches, syringe exchange centers, and LGBTQ+ programs to ensure STD/HIV testing and awareness, prevention, and related services are available in these centers.

Getting tested for an STD is an important thing to do, especially if you are sexually active. There are several health centers near Kirkland, NY, that you can explore, such as Wellnow Urgent care, Oneida County Health Department, and Primary Urgent Care.

Please use the map to find a public clinic in Kirkland, New York
GO TO CLINIC LISTINGS ABOVE
STD STATISTICS

The clinicians will offer you STD screening at a discounted rate based on your income, and eligibility requirements include a Social Security check, pay stub, or W-2 form. Services are available on an appointment basis. The available self-pay options include cash, debit and credit cards, money orders, and checks.

If your test results are positive, the health professionals will educate you on ways to manage your symptoms. They may refer you to an infectious disease specialist to receive medical care.

Rome Health Obstetrics & Gynecology offers a secure online patient portal that patients can use to access their test results online. It also has the Financial Assistance Program to offer discounted STI services to both the insured and uninsured. Additionally, the website features a price estimation tool and an online bill pay platform.

You will incur a low or no fee for STD testing. Services are free of charge for teens, and the staff doesn't require parental consent to serve them. The doctors accept private and public insurance plans.

The health specialists offer treatment solutions and care if your test results turn out positive. You’ll also get educated to help you evade contraction or reinfection in the future. The staff administers HPV jabs to patients aged between 19 and 26 and at risk of contracting Genital Warts. 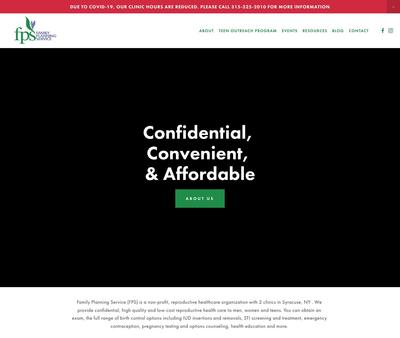 ACR Health is a community-based organization that promotes good health to the residents of Kirkland, NY, at risk of contracting HIV. The staff on location utilize the 4th generation rapid finger stick test to conduct rapid HIV tests that produce results after 20 minutes. You can also access rapid Hepatitis C/Syphilis screening and testing for other STDs.

The clinicians offer free STI/HIV testing solutions to anyone that schedules an appointment. The staff can help you enroll in a healthcare plan to access chargeable services if you’re uninsured.

If your test results turn out positive, the clinicians will counsel you on the appropriate treatment measures to implement to help minimize the chances of transmission and an increased viral load. The staff can offer you condoms and PrEP prescriptions if you’re at risk of contracting HIV. 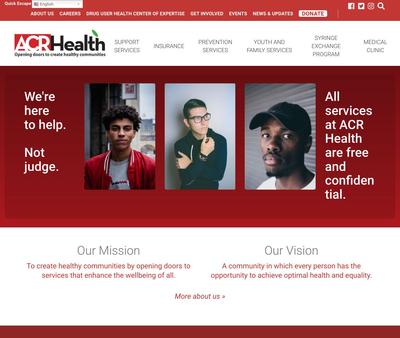 The staff will offer you STD screening services after you schedule an appointment. The medical team can help with insurance enrollment if you request. Also, the clinicians provide free at-home HIV screening kits.

If you get a positive HIV/STD diagnosis, the staff will help you access the necessary medical care to recover from or manage your condition. Additionally, the medical team educates all patients that participate in the STD screening process about prevention strategies to use in the future.