There Are 20 Public Clinics & 9 Private STD Clinics Near You

If you're looking for cheap std testing clinics in the Fulton area to get a HIV, Herpes, Chlamydia, Gonorrhea, Syphilis or Hepatitis screening for yourself or your partner, you can get tested today by selecting an option below to find an affordable std test clinic near you.
Same day std testing locations also available with results in 1-2 days. Learn more here.

There Are 20 Public Clinics & 9 Private STD Clinics Near You

If you're looking for cheap std testing clinics in the Fulton area to get a HIV, Herpes, Chlamydia, Gonorrhea, Syphilis or Hepatitis screening for yourself or your partner, you can get tested today by selecting an option below to find an affordable std test clinic near you.

Questions about STD Testing?
Call at 1-800-666-1250 ( 8AM-5PM MON-FRI )
Call at 1-800-666-1250 ( 8AM-5PM MON-FRI )
COMPARE TESTS AND PRICING FIND A CLINIC IN Fulton
DISCLAIMER
Safer STD Testing is an informational referral website. It refers customers to nationally reputed private STD Testing service providers (“Preferred Service Providers” or “Advertisers”). Safer STD Testing is not a medical or healthcare professional facility or a provider of any medical or healthcare services. Safer STD Testing gets compensated on net purchase of products or services by our users referred to such Preferred Service Providers. Click here to read our full disclaimer.

What are the STI test options in Fulton,NY?

The majority of the recent occurrences were men, accounting for 4 cases. In the same period, people diagnosed with P&S were three at a rate of 2.6.

Females confirmed to have Chlamydia amounted to 229, twice the 109 males diagnosed with the STD in 2019. The number of young women within 20 to 24 years was 109, higher than the 60 incidents observed among those within 15 and 19 years.

The Oswego County Health Department works to ensure the county is free from HIV and STI transmissions and the Positives do not spread the infections. It encourages residents to know their STI condition, protecting their sexual or needle-sharing partners.

The public health center also supports a Syringe Exchange Program that supplies new and sterile syringes to drug users to lower the risk of Hepatitis C and HIV infections.

Numerous community health centers in Fulton, NY, offer low-cost HPV and Hepatitis vaccines and free STD testing for people in and around the city. But, a charge may apply for doctor consultation services paid on a sliding fee dependent on your income and welfare.

Description: Public Health Department/Social Services Department. Free condoms available. Bring a photo ID for testing, if you have one, and a list of all medications that you are taking (and how much you take). Mondays closed from 11am-12:30pm. Visits to the STD Center are temporarily being offered by appointment only

Mary Walker Health Center is staffed with specialized caregivers and nurse practitioners who address the medical needs of students at SUNY Oswego. The medical staff offers student-focused care in a non-judgemental and caring environment.

Primary care services include STD testing and treatment, transgender care, and referrals to specialty services such as dental and surgical.

All registered students are welcome for STD testing and other primary care services and must present their valid college ID during their visit. They must also complete the required forms before they register. Students under 18 years cannot be treated without parental consent.

The nurses treat students diagnosed with STDs and offer prescription medications. They also manage acute and chronic illnesses. Individuals at risk of getting HIV and those exposed to HIV are prescribed PrEP and PEP, respectively.

Students can also consult with the nurses and receive medical care via telehealth visits. 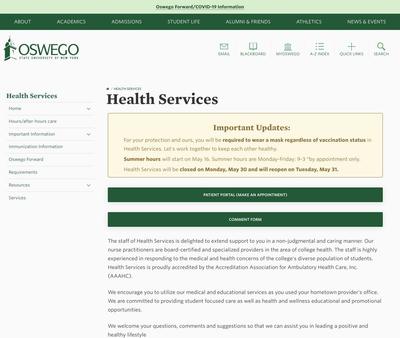 Compassionate Family Medicine center improves community health by providing quality care through its holistic medical programs. As a certified patient-centered medical home, it improves clients' health outcomes by ensuring they have access to care when they need it. The staff offers confidential and non-judgmental STD, HIV, and Hepatitis screening.

Individuals are advised to book an appointment by calling the center. Uninsured individuals may pay a sliding fee based on their family size and income. Online bill payment by credit card is available.

Regular check-ups, treatment options, and counseling for STI patients are available at the center. Children and adults can receive vaccinations for HPV, MMR, Varicella, Pneumonia, and Influenza. 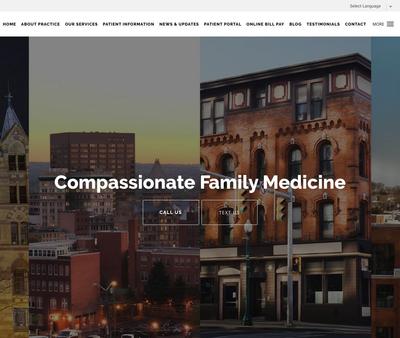 STD/HIV/Hep C tests are tests free and confidential at this medical clinic. To access the services, patients must schedule an appointment.

Individuals who test positive for Hep C /STD are immediately linked with a doctor to begin treatment. The medical staff employs harm reduction intervention to help individuals with positive HIV results reduce the risk of harming themselves.

ACR Health is equipped with a harm reduction medical clinic that ensures IDUs are linked to primary care doctors and mental health therapists and have access to medication-assisted treatment, Narcan training, and Hepatitis A and B vaccines. The Q centers at ACR Health are safe places where LGBTQ+ youths between 13 to 29 can receive discreet health services. 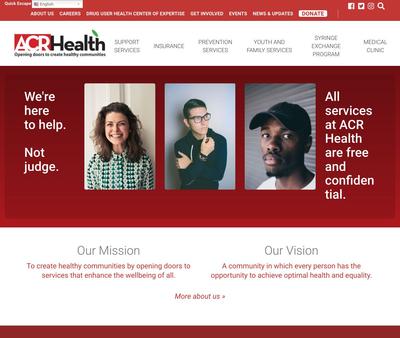 Onondaga County Health Department protects and improves the health of Onondaga residents through its clinical programs. It has an STD center that offers screening and counseling for individuals interested in checking their sexual health.
Rapid HIV testing is available, and patients get their results within 20 to 30 minutes. Through the family planning program, women and men can also receive discreet reproductive health care, education, and social services.

Individuals are advised to book an appointment, but walk-ins are welcome at the health center. Individuals enrolled in the Presumptive Eligibility for Pregnancy and Family Planning Program can receive STD testing and treatment. To qualify for the services, you must be living in New York state, be a citizen or have immigration documents, and be able to meet income guidelines. Payments are expected at the time of service.

The doctors offer counseling and medical referrals for persons diagnosed with an STD or HIV. They also provide patient education, social service support, and community outreach to lower HIV/STD infection rates. PrEP medication is prescribed to individuals at a higher risk of being infected with HIV. 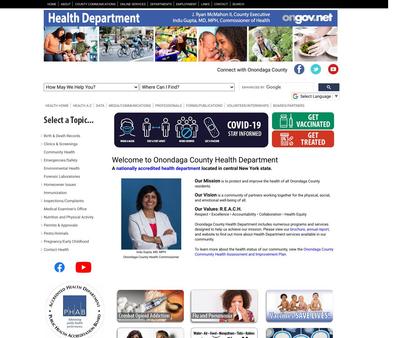