Free STD Testing in the State of Minnesota

There Are 33 Public Clinics & 13 Private STD Clinics Near You

If you're looking for cheap std testing clinics in the state of Minnesota to get a HIV, Herpes, Chlamydia, Gonorrhea, Syphilis or Hepatitis screening for yourself or your partner, you can get tested today by selecting an option below to find an affordable std test clinic near you. Same day std testing locations also available with results in 1-2 days. Learn more here.

What are the STI test options in Minnesota?

Minnesota is known for its beautiful lakes, exciting hockey games, and the gorgeous twin cities. Whether you’re catching a Twins game or visiting the Mall of America, there’s never a shortage of things to do in MN. The state is also seeing an increase in Chlamydia, Gonorrhea, Hepatitis B, C, Herpes, Syphilis and HIV rates. This means before you decide on your next outing, it is important that you stop by one of the state’s many STD Clinics to get yourself tested.  Even though there are free STD testing centers many people are still putting off this important checkup. If you are looking for an easier way to take care of your sexual health, you can now schedule private STD testing with one phone call. This way you only have to spend 15 to 20 minutes at a nearby lab, and you’ll still have plenty of time to start visiting some of the state’s 10,000 lakes.

Social Service Organization. Individuals ages 19 - 26 who have no health insurance and meet financial criteria may qualify for the Merck Vaccine Patient Assistance Program to receive the HPV vaccine (Gardasil) at no charge

Clinic. Need to register as a patient in order to receive services

Social Service Organization. Individuals ages 19-26 who have no health insurance and meet financial criteria may qualify for the Merck Vaccine Patient Assistance Program to receive the HPV vaccine (Gardasil) at no charge

Not Sure Which Option Is Best For You? Let us point you in the right direction for STD testing in , MN

STD Statistics for the State of Minnesota

Statistics reported is based on publicly available data sources such as CDC for MN. Data is normalized to accurately report Minnesota STD Breakdown. Demographic breakdowns are based on STD reporting available at the state level.

There are several alarming trends when you look at the state’s STD data. While some of the yearly totals are below national averages, cases of chlamydia, gonorrhea, and syphilis each year. The data shows that these rates have been increasing over the past years, hitting their peak recently in 2015. If you are sexually active and you live in the area, it is important that you ensure your health as well as the health of your sexual partners.

There’s only a couple ways to combat these rates rising to levels that are out of control. Education about safe sex practices can go a long way, but testing is a necessary component of keeping any community disease free. Without adequate testing, it’s impossible to control potential outbreaks of sexually transmitted diseases. If more people become aware of their own STD status, it can create a culture of responsibility that will greatly benefit the sexual health of residents in the area. 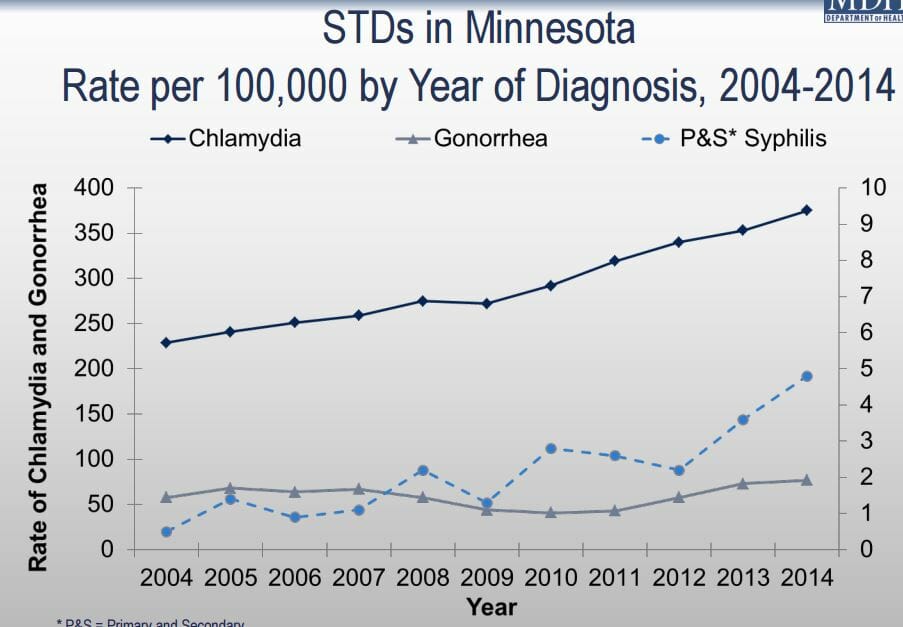 Chlamydia represents around 80 percent of all STD cases each year, so it’s important to break down the data for this disease specifically. When the data is analyzed, it is apparent that young women between the ages of 15-24 are most at risk. The only way to help young adults learn about safe sex is through education and testing.

The other area of concern is the upward trajectories of the reported STDs. Residents have made a concerted effort to increase sexual awareness and education. Public schools have increased the rigor with which they teach sexual health. As recently as 2012, the state had no concrete guidelines for sexual education. There were no requirements on what should and should not be taught. Efforts have improved, but poor education is a large contributor to the state’s chlamydia problem.

Without comprehensive sex education classes, most students do not understand the importance of regular testing. They also don’t know that the simple procedure is one of the most effective ways to stop the spread of STDs. Regular Herpes testing in Minnesota can help protect high school students from the transmittable disease, and lower infection rates. Regular HIV testing in Minnesota is also critical, especially now that incident rates are rising.

Analyzing demographics enables state health professionals to see where they need to target their awareness efforts. Minnesota is home to several dense city centers and college populations are strong across the state. With large centers of young people living together, it’s a perfect recipe for an outbreak without proper testing and education.

Considering chlamydia is the primary issue facing residents, the demographic data for that disease is considered especially significant. African American communities are 9 times more likely to deal with chlamydia than other communities in the state. Native Americans are also 4 times as likely to have the disease.

Much of the disparity across racial lines is due to poverty and lack of access to education. Due to the state’s struggles with implementing sexual education, it’s no surprise that lower income students feel this burden the most.

Without access to affordable treatment or sexual health education, it’s difficult for communities to keep themselves safe and healthy. As education efforts increase, clinicians hope to assist at-risk communities in controlling the spread of STDs. The more people in these communities know about the resources that are available, the less STDs will spread. If you know a member of one of these at-risk communities, consider showing them the free clinics in their area. 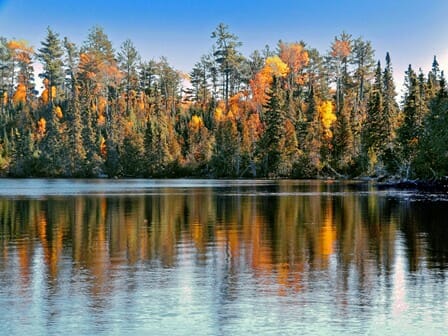 The rising STD rates across the state means that everyone is potentially at risk, regardless of sexual activity. It is understandable if you want to avoid the long lines at the community STI clinics, and now you don’t have to spend the day in a crowded waiting room. With one phone call, you can easily schedule confidential STD testing. Since it only takes a few minutes at a local lab, you still have plenty of time left to catch the daily sales at the fabulous Mall of America.