Free STD Testing in the State of Pennsylvania

There Are 112 Public Clinics & 45 Private STD Clinics Near You

If you're looking for cheap std testing clinics in the state of Pennsylvania to get a HIV, Herpes, Chlamydia, Gonorrhea, Syphilis or Hepatitis screening for yourself or your partner, you can get tested today by selecting an option below to find an affordable std test clinic near you. Same day std testing locations also available with results in 1-2 days. Learn more here.

What are the STI test options in Pennsylvania?

Whether visiting the Liberty Bell or exploring the coal mines of the North, Pennsylvania has so much to offer, and that it’s important to keep up with regular STD testing. Looking for STD’s such as Gonorrhea, Chlamydia, Herpes, HIV, Hepatitis B, C, and Syphilis is essential in Pennsylvania, which ranks in the top 30 among all 50 states for positive STD test results. There are a number of free STD testing centers around the state, many with long waiting lines. Skip the lines by making one simple phone call to schedule a private STD test that only takes up 15 to 20 minutes in the lab. Pennsylvania has a lot to offer; don’t miss out due to necessary, free STD testing around the state.

. Free and confidential sexually transmitted disease services are provided through Reproductive Health Services in collaboration with the Pennsylvania Department of Health through the STD clinic

Public Health Department/Social Services Department. Must call for an appointment

Clinic. Funded by the Pennsylvania Department of Health, Sexually Transmitted Disease (STD) Clinic services are confidential and FREE for males and females of all ages and incomes

Public Health Department/Social Services Department. Must call for an appointment

Clinic. Funded by the Pennsylvania Department of Health, Sexually Transmitted Disease (STD) Clinic services are confidential and free for males and females of all ages and incomes

Clinic. Funded by the Pennsylvania Department of Health, Sexually Transmitted Disease (STD) Clinic services are confidential and free for males and females of all ages and incomes

Community Based Organization. HIV and STI testing provided by Public Health Department and must be scheduled through them by calling 814-865-0932. Other services are only for clients of Centre Volunteers in Medicine and must be uninsured

Clinic. Funded by the Pennsylvania Department of Health, Sexually Transmitted Disease (STD) Clinic services are confidential and FREE for males and females of all ages and incomes

Not Sure Which Option Is Best For You? Let us point you in the right direction for STD testing in , PA

STD Statistics for the State of Pennsylvania

Statistics reported is based on publicly available data sources such as CDC for PA. Data is normalized to accurately report Pennsylvania STD Breakdown. Demographic breakdowns are based on STD reporting available at the state level.

Unlike other states, STD statistics are more focused on the specific disease. For example, the state ranks 30th in the nation for chlamydia, but 17th for gonorrhea. The state came in 10th out of 50 for diagnosed HIV infections. The most common age group for positive STD infection is 20-24, with the CDC contributing a total of $27,742,370 to the state to support educational, prevention, and assistance programs, as evidenced by the pictured charts above.

Pennsylvania has also noticed a disturbing rise in STD’s over the past decade, as the Healthy People Pennsylvania government website demonstrates. The charts on this report reveal the following disturbing STD statistics for the state:

While these statistics may have races other than African Americans thinking they are safe, that just isn’t true. The state has an issue on their hands with rising statistics across every nationality in every part of the state. Getting tested is the best way to make sure these numbers either don’t rise or stay stagnant. The Pennsylvania Health Department has plans to lower numbers by 2020 to create healthier living for Keystone residents.

Due to the fact that Pennsylvania is witnessing a growth in STD statistics, the state has introduced a number of different educational options for residents of all ages. As of 2015, there were just over 12 million people living in Pennsylvania. Of those 12 million, nearly 35,000 were living with HIV or AIDS. The Pennsylvania Department of Health has set up a full line of educational links on their website, complete with a list of easy-to-read STD fact sheets from the CDC, as well as educational video podcasts discussing STD’s and how to stay safe.

The Health Department is also keeping up with technology, offering apps for both Apple and Android devices that provide information directly from the CDC regarding STD symptoms, signs, control, and treatments. Meanwhile, public schools are following strict state regulations regarding sexual education and STD awareness.

However, at the college level, legislation has been passed to create learning environments at state-funded colleges to prevent sexual harassment and violence. While the children in the public-school system are not receiving a full education regarding sexual health, college students are gaining the necessary knowledge for protection. Pennsylvania is working toward improving education across the board, from younger students to adults.

The state also does not require HIV or AIDS surveillance as of 2015. This means that cases of HIV are reported to the CDC, but not held in a central statewide database. There are no syringe exchange programs to help diabetes patients, or even drug addicts, obtain clean needles to help slow the spread of hepatitis and other blood borne illnesses. The state has, however, increased funding for the overall health program, but has yet to improve areas for STD prevention, despite the state’s desire to decrease their STD statistics by 2020. As of 2015, the lack of funds into reporting diseases and increasing prevention education is frightening.

As a lack of education contributes to the STD issues so does overcrowding in certain areas. The city of Philadelphia alone is a hub of activity, with traffic moving between New York City, Philadelphia, and Washington, D.C. The population of Philadelphia was 1.5 million in 2013, and this doesn’t count the transient residents; those who come into town for an evening or passing through to other places. Philadelphia is an East Coast hub, which creates a cesspool of possible STD’s coming through the area, and never being documented. 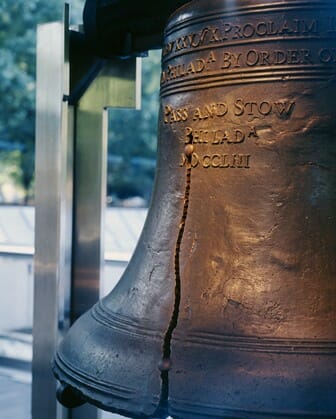 It’s important to get tested for STD’s between visiting the beautiful mountain regions of the North and the exciting city life of the South. From Scranton to Harrisburg, and from the Amish Country to Pittsburgh, taking care of the self falls on the responsibility of each person in the state. Grab a confidential, fast, easy STD test today, and skip the lines by calling now. We’ll have you in and out of the lab in one quick afternoon, typically in under a half hour. You’ll be back out there taking in the brotherly love of Philadelphia or learning more about the coal mines of Lackawanna Valley before you can blink. Worry less and enjoy more life anywhere in Pennsylvania by stopping by a lab for a quick STD test that will ease your mind and prove that you are the picture of perfect health. Call today to make your appointment.