Free STD Testing in Sandy, OR

There Are 61 Public Clinics & 7 Private STD Clinics Near You

If you're looking for cheap std testing clinics in the Sandy area to get a HIV, Herpes, Chlamydia, Gonorrhea, Syphilis or Hepatitis screening for yourself or your partner, you can get tested today by selecting an option below to find an affordable std test clinic near you.
Same day std testing locations also available with results in 1-2 days. Learn more here.

Free STD Testing in Sandy, OR

There Are 61 Public Clinics & 7 Private STD Clinics Near You

If you're looking for cheap std testing clinics in the Sandy area to get a HIV, Herpes, Chlamydia, Gonorrhea, Syphilis or Hepatitis screening for yourself or your partner, you can get tested today by selecting an option below to find an affordable std test clinic near you.

Questions about STD Testing?
Call at 1-800-666-1250 ( 8AM-5PM MON-FRI )
Call at 1-800-666-1250 ( 8AM-5PM MON-FRI )
COMPARE TESTS AND PRICING FIND A CLINIC IN Sandy
DISCLAIMER
Safer STD Testing is an informational referral website. It refers customers to nationally reputed private STD Testing service providers (“Preferred Service Providers” or “Advertisers”). Safer STD Testing is not a medical or healthcare professional facility or a provider of any medical or healthcare services. Safer STD Testing gets compensated on net purchase of products or services by our users referred to such Preferred Service Providers. Click here to read our full disclaimer.

What are the STI test options in Sandy,OR?

Despite Sandy, OR, being a great place with spectacular viewpoints and many parks, individuals living there continue to contend with STD infections.

On further analysis of the reports, Early Syphilis incidences exhibited a downward trend as 46 cases were reported in 2015, with the numbers dropping to 36 and 33 in 2016 and 2017, respectively.

Clackamas County Health Department employs culturally-informed strategies, including sexual health awareness fairs, especially for high-risk individuals such as MSMs and youth aged 13 to 25, to contain the spread of sexually transmitted infections in the county. Also, health practitioners working in the department ensure appropriate antibiotic treatment and antiviral therapy for people diagnosed with STDs and HIV, respectively.

Although some health facilities in Sandy, OR, may offer free STD testing services, the tests may not be comprehensive. Also, a doctor’s consultation might be an extra cost to you.

You can get tested for HIV/STDs at various health facilities conveniently located in Sandy, OR, such as Planned Parenthood - Vancouver Health Center, AFC Urgent Care NE Portland, or Columbia View Family Health Center.

Description: Social Service Organization. If you are uninsured, you may qualify for a state-funded program or a lower fee scale. Please bring the following documents: birth certificate, photo ID. Fees for services are based on your household income.

Outside In (East Burnside)

Description: Closed 12pm-1pm. Close until 12:30pm on the 2nd Tuesday of every month

Outside In (Clackamas Service Center)

Description: May have to become established through providence's new patient call center to get a primary care provider.

Please use the map to find a public clinic in Sandy, Oregon
GO TO CLINIC LISTINGS ABOVE
STD STATISTICS

STD Statistics In Clackamas County, OR

Newly diagnosed STD-positive patients can receive an effective treatment plan onsite. The medical team provides case management services to people living with HIV to ensure access to information, treatment, and support services. Its providers offer primary and specialty care services to all individuals. You can also access Hep A and B vaccination services at the center. 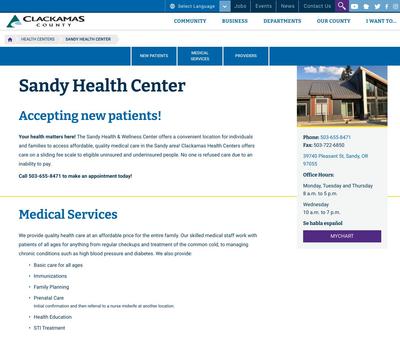 Multnomah County Health Department is dedicated to promoting the health and wellness of the most vulnerable individuals in Multnomah County through compassionate care, integrated prevention, and treatment programs.

HIV testing services are available at a fee. Teenagers can access HIV/STD testing services without their parent's permission. The center accepts different insurance plans. Uninsured individuals can pay for services using cash, checks, VISA, or Mastercard. Clients can schedule an appointment for services.

Newly diagnosed STD-positive patients can receive medications on-site. HPV, Hep A, and B vaccinations, as well as PrEP medications, are available at the center. The facility offers partner notification services.

Clients can get their test results online through the MyChart app, by phone, or in person at the clinic. Free condoms and other safer sex materials are available. 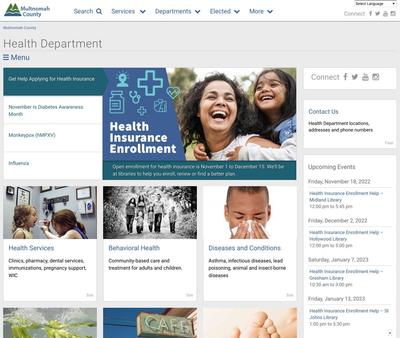 Clackamas County Public Health is dedicated to improving the quality of life and protecting the public's health by providing immunization, reproductive health, and maternal and childhood health nutrition services.

Clients can pre-schedule an appointment to receive testing services.

The center offers on-site STD treatment to newly diagnosed STD patients. HIV-positive patients are connected to support services and resources required to help them live a healthy and long life. HPV and Hep vaccinations are available at the center. The team of case managers provides HIV-positive clients with access to information and treatment services. 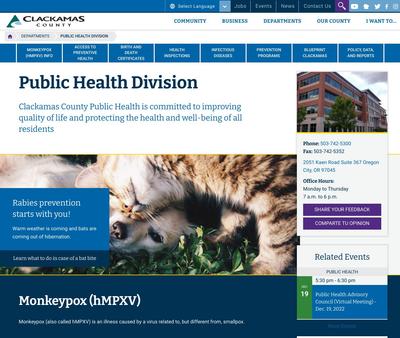 Columbia Urgent Care-Portland (Division St) offers comprehensive medical services to individuals of all ages. It's staffed with a team of experienced staff that offers primary, urgent, and accidental care as well as flu shots services.

The center is equipped with an on-site laboratory that conducts blood or urine tests for major STD diseases. You may receive your test results the same day.

No appointment is required as walk-ins are allowed. The center accepts different insurance plans. 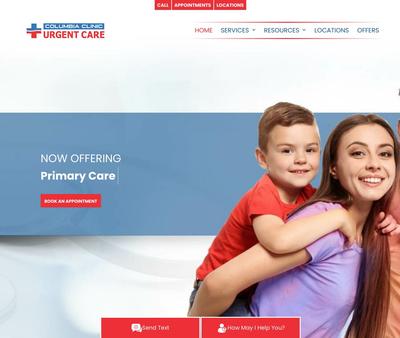