Free STD Testing in the State of Kentucky

There Are 195 Public Clinics & 45 Private STD Clinics Near You

If you're looking for cheap std testing clinics in the state of Kentucky to get a HIV, Herpes, Chlamydia, Gonorrhea, Syphilis or Hepatitis screening for yourself or your partner, you can get tested today by selecting an option below to find an affordable std test clinic near you. Same day std testing locations also available with results in 1-2 days. Learn more here.

What are the STI test options in Kentucky?

The state of Kentucky is usually noted for its entertaining horse racing events, rich bourbon distilleries, and its strong roots within American history. Tourists entering this state will find themselves immersed in a large number of unique daytime and nighttime events that are unique to KY. The community offers a tightly knitted relationship, making this an ideal place to call home. However, while experiencing what KY has to offer, be sure to keep your sexual health within check by taking an STD test every so often. Unfortunately, the state (and United States) is experiencing a sharp increase in the number of STD seen annually. Keep yourself safe, aware, and alert by partaking in a periodic STD test.

Public Health Department/Social Services Department. HPV vaccines provided for those 18 and under through the VFC program

. No requirements. TB positive patients are referred to health department for treatment

. Need to enroll as a patient. Enabling Services Program: Uninsured or underinsured individuals rely on the White House Clinics for primary health care needs. Enabling Services are available to fill the gap between the primary care visit and the lives of the patient

Not Sure Which Option Is Best For You? Let us point you in the right direction for STD testing in , KY

STD Statistics for the State of Kentucky

Statistics reported is based on publicly available data sources such as CDC for KY. Data is normalized to accurately report Kentucky STD Breakdown. Demographic breakdowns are based on STD reporting available at the state level.

Over the past few years, a number of national and statewide departments have stepped in to address the rising number of STDs by her porting the specific rates, cases, and specifics. By doing this, national and state why governments hope that providing deep statistical information may help fight to the widespread number of STD cases that are appearing more frequently.

In 2013, the Centers for Disease Control and Prevention, also known as the CDC, released its annual report outlining the number of chlamydia, gonorrhea, and syphilis cases within the state for individuals in ages of 15 and 24. The report was concise and broke down the state by its various counties, showing which counties was at the most risk for the specific sexually transmitted diseases. With a 100,000 person population sample size the report revealed that KY:

Overall, can be said that the state is not at the most severe risk for sexual transmitted diseases, but the issue is still very concerning as the numbers continue to rise. The report also broke down the chlamydial rate between the state as a whole and the national average, allowing for us to have a better understanding as to how severe STDs are within the state. KY had a chlamydial rate of 2037.9 while the US average remains 2160.2. Secondly, the gonorrheal rate for the state was 398.6 while the continental US rate remained at a steady 421.3.

As of more recently, the CDC also released its 2015 report outlining the state’s health profile. A number of statistics and overall conclusions were drawn within this report and it was able to give us a good idea as to the STD rates within the state. According to the report, in 2009 the state saw a primary and secondary syphilis rate of 2.1 and into 13 saw a rate of 2.8. Additionally, the report ranked KY 34th for its chlamydial rate and ranked the state 23rd ports gonorrheal rate.

The state does a tremendous job offering a number of educational resources and free services to its tourists and residents. For example, there are numerous government websites and local resources that can be physically grabbed throughout the state as a whole. In order to educate yourself on the topic of sexual health or sexual transmitted diseases, simply need to open up your computer browse the web, opening up the state website and reading its reports. On the other hand, prefer a physical copy, and you can easily walk into a number of health centers and clinics and pick up a pamphlet on the topic of your choosing.

If that wasn’t enough, the state also offers free STD testing to its residents and tourists. If you wanted to make an appointment for a free STD checkup you simply need to pick up the phone and make an appointment within the near future. However, for those who are interested in a hassle-free and expedited process, there are also a number of private health centers that offer quick turnaround times and a focus on confidentiality.

Those who currently live in Kentucky or have traveled there understand the diversity of its community members. Not only does the state pride itself on its population of those with different background, ages, and heritages, it believes that this is what makes the state so great.

Within the 2015 state health profile report provided by the CDC, a few conclusions were drawn outlining the most at risk individuals within the state for STDs. For starters, the report revealed that those the ages of 2324 and 15 through 19 were significant contributors to the rising number of chlamydial and gonorrheal cases, and were at a severely higher risk overall. Additionally, the report revealed that on average, with a 100,000 person simple, women were 2.4 times more likely to contract chlamydia than men.

Although the state is doing a significant amount to educate and provide services for its community, the number of messy cases continues to rise each and every year. Because of this, many public officials and community members feel that morning to be done, specifically for those who are at the most risk.

In order to educate those who are most at risk within the state, many individuals have discussed the idea of teaching sexual education at younger ages throughout the public education system. Additionally, many individuals feel that a public campaign towards educating its community on STDs and the free services offered by the government is a necessity.

By targeting women between the ages of 15 through 24, the committee hopes to fight this epidemic head-on. If handled correctly, many public officials and committee members feel that educating this target demographic can effectively reduce STDs for the nation. 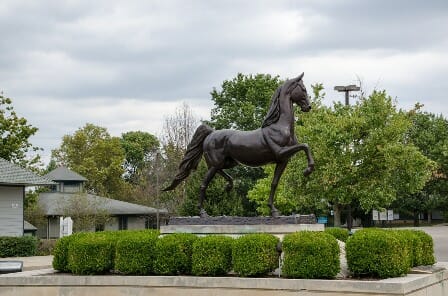 Overall, the state of Kentucky is a gorgeous state and offers a tremendous amount of unique activities. However, it’s vitally important that you freely touch base with your sexual health by undergoing STD test. There are a number of locations throughout the state that offer free STD testing and there are also a number of private health centers that offer a hassle-free and expedited test-results process.

Periodically partaking in and STD test will help you stay aware, alert, and healthier. Furthermore, you’ll be doing your fair share in helping reduce the rising number of sexual transmitted diseases that the nation is facing each and every day.