There Are 15 Public Clinics & 5 Private STD Clinics Near You

Once almost eradicated, syphilis is on the rise across the country and among McAllen area residents. Situated in Southern Texas, McAllen’s sexually active residents should follow preventative measures and seek regular testing as a part of a regular healthcare routine.

If you're looking for cheap std testing clinics in the McAllen area to get a HIV, Herpes, Chlamydia, Gonorrhea, Syphilis or Hepatitis screening for yourself or your partner, you can get tested today by selecting an option below to find an affordable std test clinic near you. Same day std testing locations also available with results in 1-2 days. Learn more here.

COMPARE TESTS AND PRICING
FIND A CLINIC IN McAllen

What are the STI test options in McAllen,TX?

Over 75,000 residents are affected by the three most common STDs – gonorrhea, chlamydia, and syphilis – every year. McAllen reported 595 cases of chlamydia, 96 cases of gonorrhea, and 1 case of primary and secondary syphilis in 2017. Although many STDs witnessed a decline from the previous year, preventative and treatment efforts need to continue to continue increasing the health of the population.

Hidalgo County ranks within the top 20 counties in Texas for STD prevalence among these three STD categories, as well.

In McAllen you can find testing services at the Hidalgo County Health and Human Services facility located on East Hackberry, or at the University of Texas Medical Branch on South Broadway. There’s also the Valley AIDS Council on South 2nd Street and Access Esperanza Clinics Incorporated on East Hackberry Avenue. Many locations offer services in English and Spanish.

Educational Organization/Institution. Need to enroll as a patient. Through several available funding sources eligible women may receive services at no fee, or at a reduced fee, based on family income and size. Family Planning Services open to men also

AIDS Service Organization. Must be 13 years of age and older

Social Service Organization. If you are uninsured, you may qualify for a state-funded program or a lower fee scale. Please bring the following documents: birth certificate, pay stub, photo ID, proof of residence, residency papers

Community Based Organization. Must become a patient of the clinic to receive services

Services for women only. Need to register as a patient

Not Sure Which Option Is Best For You? Let us point you in the right direction for STD testing in McAllen, TX

Statistics reported is based on publicly available data sources such as CDC for Hidalgo County, TX. Data is normalized to accurately report Hidalgo County STD Breakdown.

The city of McAllen is the largest in the Rio Grande Valley, but this does not explain the high rate of STD infections that have been increasing in recent years. According to recent statistics reported cases of Gonorrhea and Chlamydia has risen dramatically, especially among the city’s large Hispanic population. The recent statistics also show that sexually transmitted diseases are more common in teenagers and young adults. T 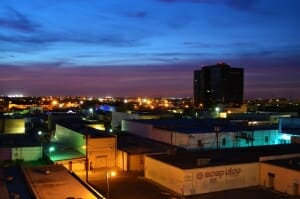 While the city does have the largest independent school system in the valley, it still does not have an adequate sexual education program. Following the curriculum recommended and funded by the state, the city’s school system relies on the abstinence program to help prevent the spread of STDs and limit the number of unplanned teen pregnancies. While even educators admit that this is not enough, they also suggest that it is up to the parents to inform their children about the importance of regular STD testing. A few of the city’s health centers do offer guidance and free condoms.

One of the reasons that the STD statistics are so high for this southwestern city is the lack of regular testing, and the knowledge that not all sexually transmitted diseases can be prevented by just by practicing abstinence. Regular HIV testing in McAllen is the only way to accurately diagnose this disease, and early detection can be instrumental in preventing the infection from turning into AIDS. Herpes testing in McAllen is also important to stop the virus from spreading.

The demographics in the city will affect the STD rates, and there are several factors that should be considered. Cultural differences and below average income levels, along with a high crime rate in some barrios can make it difficult for city health officials to inform residents about the importance of regular testing. Lower income families often cannot afford the tests, and the heavy Spanish speaking citizens often experience difficulties with language barriers. While all of this does affect the STD rate, the lack of education remains the largest contributing factor. 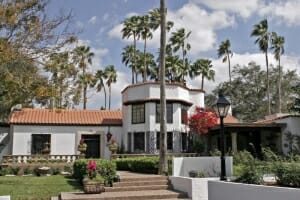 McAllen has a uniquely blended culture and a high rate of transmitted diseases that do not seem to be decreasing. While the city does have several health centers the long lines and potential embarrassment of many residents putting off this important test. With the lack of sexual education available for students and adults, many residents simply do not realize the important of being tested regularly for any STDs.

Now you can schedule an anonymous STD test in McAllen and skip the long lines at the local lab. Not only will you be able to avoid running into a friend or neighbor, you can still make it to the Quinta Mazatlan for a tour of a historic Spanish style home.

Other Cities Near McAllen, Texas