There Are 35 Public Clinics & 12 Private STD Clinics Near You

If you're looking for cheap std testing clinics in the Roma area to get a HIV, Herpes, Chlamydia, Gonorrhea, Syphilis or Hepatitis screening for yourself or your partner, you can get tested today by selecting an option below to find an affordable std test clinic near you.
Same day std testing locations also available with results in 1-2 days. Learn more here.

There Are 35 Public Clinics & 12 Private STD Clinics Near You

If you're looking for cheap std testing clinics in the Roma area to get a HIV, Herpes, Chlamydia, Gonorrhea, Syphilis or Hepatitis screening for yourself or your partner, you can get tested today by selecting an option below to find an affordable std test clinic near you.

Questions about STD Testing?
Call at 1-800-666-1250 ( 8AM-5PM MON-FRI )
Call at 1-800-666-1250 ( 8AM-5PM MON-FRI )
COMPARE TESTS AND PRICING FIND A CLINIC IN Roma
DISCLAIMER
Safer STD Testing is an informational referral website. It refers customers to nationally reputed private STD Testing service providers (“Preferred Service Providers” or “Advertisers”). Safer STD Testing is not a medical or healthcare professional facility or a provider of any medical or healthcare services. Safer STD Testing gets compensated on net purchase of products or services by our users referred to such Preferred Service Providers. Click here to read our full disclaimer.

What are the STI test options in Roma,TX?

Roma, TX is a city in Starr County that boasts scenic views and 3-star hotels. Nevertheless, STD/HIV incidences have been a great concern to county health officials.

With most of the STD prevalence rates encountered among young people, health officials at Starr County Department of Health have facilitated the introduction of testing programs in learning institutions, correctional facilities, and community-based agencies. They also oversee the distribution of free safer sex materials such as condoms and lubes in the county.

Some health centers in Roma, TX, offer limited free STD testing. But even so, doctor's consultations might be at an additional fee. Also, the clinics might not offer multiple payment options.

Description: Public Health Department/Social Services Department. HIV-antibody testing available through family planning clinics. Referrals given for others. Free condoms available. Services provided will vary according to available staff. Therefore, all walk-ins are recommended to call & verify times of services. Clinics are closed for services on holidays approved by the Court

Description: Community Based Organization. Must become a patient of the clinic to receive services.

Description: Services for women only. Need to register as a patient.

Description: Public Health Department/Social Services Department. Services provided will vary according to available staff. Therefore, it is recommended that all walk-ins should call & verify times of services

Please use the map to find a public clinic in Roma, Texas
GO TO CLINIC LISTINGS ABOVE
STD STATISTICS

The clinic accepts Medicaid, CHIP, Medicare, and various private insurances. Payment plans for uninsured clients are based on a sliding fee scale upon proof of identification, residency, and income. New patients are to complete the downloadable patient registration form available on the website. You should bring your insurance card to the visit if insured.

Medical providers offer treatment to STD-positive patients. They can also treat other reproductive infections, including abnormal pap smears and other gynecological concerns. 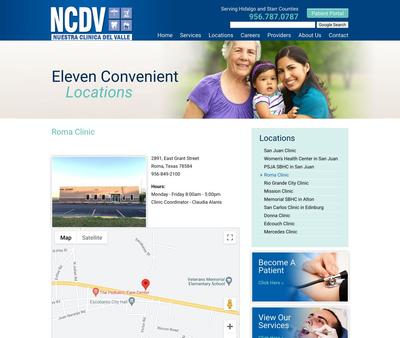 Clients can call to schedule an appointment or walk into the clinic during operating hours to get tested. Services are available for free or low-cost options. Walk-ins are accepted until two hours before closing time.

The medical team treats patients with a confirmed STD infection. Clients can also receive treatment for vaginal and yeast infections. Patients who test positive for HIV may undergo blood draw confirmatory tests before being referred to agencies that offer low-cost HIV treatments. Doctors administer the HPV Gardasil vaccine to eligible female clients to safeguard them against cancers caused by HPV.

Clients can find a variety of birth control methods at the clinic. People who qualify for a funding program may receive all or some of the clinic services free. The outreach program provides community residents with prevention education, sexual health information, and family communication workshops. 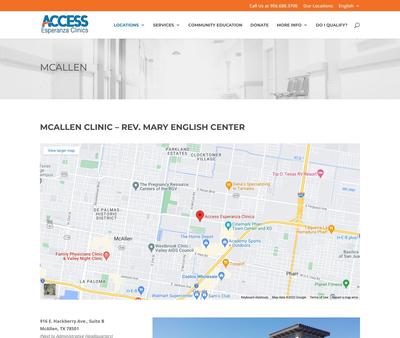 Westbrook Clinic | Valley AIDS Council is a non-profit organization delivering HIV services to PLWHA in the tri-county region, stretching from the lower Rio Grande Valley to the US/Mexico border. It receives the Ryan White funding to provide medical care and support services to HIV-positive patients. You can receive confidential HIV/STD testing and access your results within two weeks. Testing sessions at the clinic last around 20 to 45 minutes.

The clinic bills Medicare, Medicaid, county indigent plans, or private insurances for services received. Those with co-pays can pay using cash, credit and debit cards, and checks. New patients should provide a list of their current medications, health insurance cards, and the new patient intake packet during the visit. Testing services are provided at no cost on an appointment basis.

Medical professionals at the clinic offer comprehensive care for HIV-diagnosed individuals, including preventative exams and urgent care when needed. They also treat other comorbidities and help patients access specialty care. Case managers on staff facilitate clinical trials for interested HIV patients. HIV-negative clients at high risk for HIV can consult with the doctors about PrEP options.

Free condoms and harm reduction kits are accessible on location. For your convenience, you can pick up prescriptions at the on-site pharmacy after your appointment. Qualifying patients may also access dental and substance abuse treatment at the clinic. The staff evaluates uninsured patients for public health benefits and potential health coverages.

You need to book an appointment to access the services on-site. The staff may arrange same-day appointments if possible. Most services can be covered by your insurance company without a co-pay. Uninsured patients can access the healthcare that fits their budget.

Health providers offer treatment services to individuals who test positive for STDs. Confidential counseling is offered to HIV patients by trained staff who are sensitive to their concerns.

Patients whose first primary language isn’t English can request an interpreter when scheduling their appointment. Birth control prescriptions can be refilled at the clinic without having to go to the pharmacy. Also, you may receive STD vaccinations and safer sex tools such as condoms at the clinic. 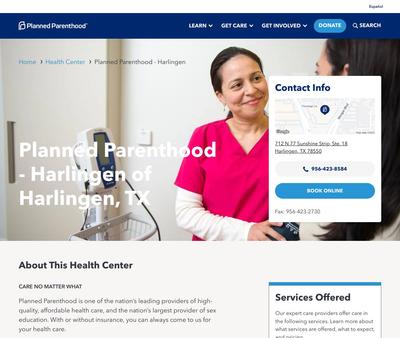 On every first Monday of the month, the clinic opens at 9:00 am