There Are 2 Public Clinics & 14 Private STD Clinics Near You

Naples, Florida, is home to America’s second-highest proportion of millionaires per capita. But your health is your greatest asset. Get tested regularly for STDs at a clinic near you.

If you're looking for cheap std testing clinics in the Naples area to get a HIV, Herpes, Chlamydia, Gonorrhea, Syphilis or Hepatitis screening for yourself or your partner, you can get tested today by selecting an option below to find an affordable std test clinic near you. Same day std testing locations also available with results in 1-2 days. Learn more here.

COMPARE TESTS AND PRICING
FIND A CLINIC IN Naples

What are the STI test options in Naples,FL?

Though STD rates in Southwest Florida are lower than in many other parts of the state, they are going up, and health officials are worried.

They cite many possible reasons for the increase, among them insufficient health education in schools. Rates are also going up among seniors, many of whom are newly single after having been in monogamous relationships for years, and unaccustomed to using protection.

There are a few clinics in Naples, at least one of which hosts periodic free STD testing events, though there may be a wait. The Florida Department of Health on Tamiami Trail performs screenings for HIV, syphilis, chlamydia, gonorrhea, herpes, and hepatitis. Planned Parenthood is on Creech Rd, and they screen for STDs and treat all except HIV.

Public Health Department/Social Services Department. Hepatitis screening is available for those most at risk

Social Service Organization. You will not be turned away because of your inability to pay

Not Sure Which Option Is Best For You? Let us point you in the right direction for STD testing in Naples, FL

Statistics reported is based on publicly available data sources such as CDC for Collier County, FL. Data is normalized to accurately report Collier County STD Breakdown.

Chlamydia tops the list of the most reported cases of STD infections in city. Its rates have slowly been on the upward trend over the past decade and almost doubling in the previous two.

However, the reported cases indicate a 4.26% drop from the years running from 2008 (94 cases) to 2015 (90 cases). Other than gonorrhea and chlamydia, syphilis infections have also been recorded to have tripled from 10 cases in 2008 to 47 in 2015. This was a 370% increase, the highest rate of any STD stated in the city over the years. Health officials speculate that the numbers are expected to increase due to the increased number of sexually active individuals visiting the city.

Recently detected cases of HIV have been reducing over the previous years. 149 new cases were diagnosed in 2012. The number dropped to 111 in 2014. White individuals accounted for 50.5%, the highest, of the population of infected with HIV. Women were at a significantly less at-risk than men, who accounted for 73.9% of the reported cases. According to the Center for Disease Control and Prevention (CDC), any person aged between 13 to 64 years should take a HIV test at least once a year. 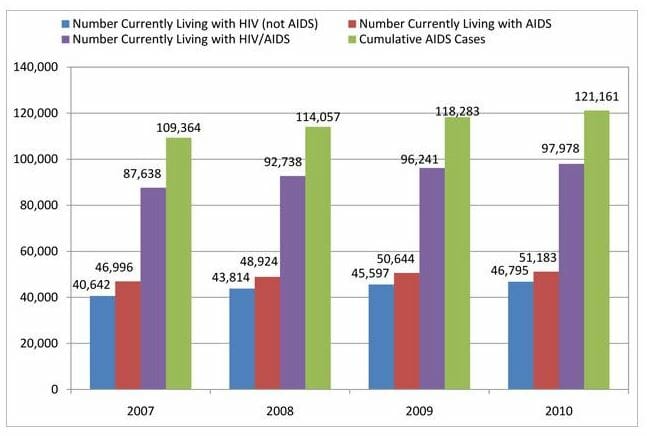 The Naples Center does not have any qualifications in place for visitors to be tested sexually transmitted diseases. This center provides free HIV testing. This facility accepts insurance, Medicaid, and offers a sliding fee scale for services. All STD testing is available during all business hours by appointment or on a walk-in basis.

Trained staff provide treatment and any counseling for patients who are diagnosed with a sexually transmitted disease. All STDs they test for, except for HIV, will be treated on-site by a medical professional. Now, individuals who are diagnosed with HIV will be given a referral to another facility that is more specialized in HIV/AIDS care and treatment.

The Naples Center provides a wide variety of sexual and reproductive healthcare services in addition to STD testing. For example, they provide STD prevention tools, STD and safer sex education, and HPV and hepatitis vaccines education. This facility offers interpretation services in English and Spanish. The Naples Center is a blue and white colored building that is labeled with Planned Parenthood on it.

The STI and HIV testing services provided at the Naples Main Office does not have qualifications for people to meet beforehand. Their hepatitis C screening services are available for those most at risk of getting the disease. This facility does accept insurance, Medicaid, and Medicare. In addition, this facility offers a sliding fee scale.

The physician that you’re assigned to at this clinic can provide access to treatment for chlamydia, gonorrhea, hepatitis B, and syphilis. Individuals who are diagnosed with HIV or Hepatitis C will most likely need a referral in order to get the proper treatment.

The Naples Main Office provides quick and easy access to members of the entire family to be seen and treated. This office strives to make the city of Naples is as healthy as it can be by providing healthcare services, education, and resources. The Naples Main Office is located inside a multiple story white-colored building. This building is updated and spacious from the outside. This facility is not too far from the Collier County Water Department and the Solid Waste Management Department.

School districts within the city follow a strict guideline laid down by the State’s Department of Education. They adhere to all set standards that include provision of sexual health awareness programs in their syllabus.

These programs, designed for children aged 7-12 years, include education on drawbacks of teenage pregnancies, importance and benefits accrued from sexual abstinence. Teachers stress on the importance of abstinence-until-marriage to the learners. This way they know that the best way of avoiding teen pregnancy is through abstinence. Additionally, children also learn dating violence, abuse and some of the signs of abusive behavior in a relationship.

The community also chips in to the curriculum by educating the children on what steps to take when they notice cases of violence. They are exposed to community resources available for them to take action should they be victims of such flawed acts. The city’s polices require schools to include HIV awareness education in the syllabus. However, the material and content offered should include age-appropriate and medically approved materials.

A large percentage of STD incidents in teenagers indicate that high school aged individuals are more susceptible to contacting infections than any other age group. Teenagers aged from 15 to 19 years are the second largest group to report infection cases in the city. Girls and women with multiple sex partners often test positive for one or two of the STDs. The CDC advocates for you to occasionally get tested for STDs if you have numerous sex partners.

Women and men in the city and Collier country presented a total 894 cases as reported to the State’s Health Department. The transgender community also contributed to a minute figure in these cases. Nevertheless, the city’s health department records show that Chlamydia was the most common STD in both men and women; each having 50% of the total count.

The city accounts for a relatively miniscule percentage of the total number of infected individuals in the state; 1% to be precise. Residents between ages 20-29 recorded the highest number of Chlamydia infections. A small group of reports indicates transgender infection.

Gonorrhea mostly affects people aged 20-34 in Naples. Most women affected by gonorrhea have sexual relations with other women. This is also true for men having sex with men. The disease is not so much prevalent in the transgender community.

The area constitutes 1% of all syphilis cases reported in the state. Men are the most affected with 90% of the cases. Of the 47 cases reported in 2015, five were women. Syphilis, unlike gonorrhea and HIV, is most prevalent in individuals aged 25 and older.

CDC recommends that any sexually active individual should screen for this disease at least once a year. For the transsexual, men having sex with men and women having sex with women, CDC advises you to get tested more regularly, at least tri-annually if possible. If you are below the age of 25 and have multiple sex partners, then an annual testing program is fit for you. 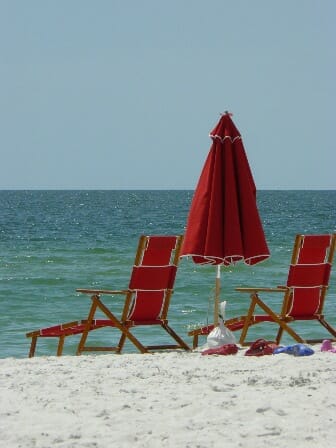 Should you be concern that you have contacted, or at least exposed to an STD, getting tested is an easy, and accurate procedure. The city has various options for testing and treating STDs. Long lines and crowded waiting rooms is making it difficult for some residents to take care of their sexual health, and now they have another option. With just one phone call you can schedule confidential STD testing, and only spend a few minutes at a local lab. This way you still have plenty of time to enjoy a day in the sunshine.

Other Cities Near Naples, Florida