There Are 82 Public Clinics & 43 Private STD Clinics Near You

If you're looking for cheap std testing clinics in the Kendale Lakes area to get a HIV, Herpes, Chlamydia, Gonorrhea, Syphilis or Hepatitis screening for yourself or your partner, you can get tested today by selecting an option below to find an affordable std test clinic near you. Same day std testing locations also available with results in 1-2 days. Learn more here.

COMPARE TESTS AND PRICING FIND A CLINIC IN Kendale Lakes

What are the STI test options in Kendale Lakes,FL?

STD and HIV rates are on the rise in many cities throughout Miami-Dade County, including the community of Kendale Lakes, FL.

There are several public health centers and clinics in Kendale Lakes, FL and nearby Kendall that might offer HIV or STD testing, including Family Medical Clinic Kendall, Planned Parenthood – Kendall Health Center, and Kendale Lakes Medical Center. There are also a number of private facilities and doctor offices in Kendale Lakes that may provide STD testing. Many of these clinics are located just off SW 88th Street.

Some health care centers may even offer free STD testing, but some people may not be eligible for free services. In addition, these clinics may only have walk-in appointments available, which could lead to longer wait times.

Description: . Any patient or non-patient can obtain a confidential free HIV test as a walk-in

Description: Community Based Organization. Financial evaluation will determine what amount you have to pay. To assist you in qualifying for health benefit programs, please bring the following information: Photo ID; Proof that you live in Miami-Dade County; Proof of income and family size

Description: Social Service Organization. Free and confidential HIV/AIDS Testing and Counseling for those aged 14 and up

Not Sure Which Option Is Best For You?
Let us point you in the right direction for STD testing in Kendale Lakes, FL

Please use the map to find a public clinic in Kendale Lakes, Florida
GO TO CLINIC LISTINGS ABOVE

Family Medical Clinic is a health center that offers specialized health services for the family. From pediatric to teens and adult health services, the family is catered for. It has a pool of doctors who are specialized in family medicine. Moreover, it offers STD testing and treatment at affordable rates.

An appointment is needed to get treated in this hospital. You can book for an appointment via their website or call prior to visiting the hospital. This hospital may provide free STD testing during certain months of the year, especially during the STD campaign period.

This health center offers a comprehensive HIV testing and counseling program. It also provides a synchronized STD treatment program in which you have to come to the clinic a couple of times during treatment.

The Family medical clinic exclusively offers family medicine. It provides specialized health care to each member of the family, including pediatric and adult services. This hospital also provides STD testing and treatment at low costs. 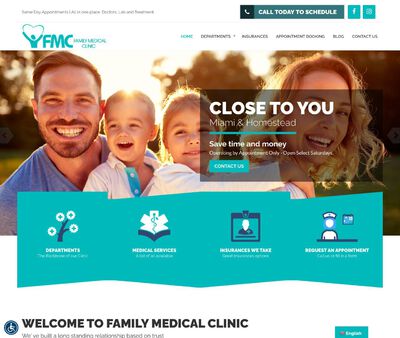 Kendale Lakes Medical Clinic provides professional and quality health care to the people of Miami-Dade County, Florida. It offers health services, including family medicine and STD testing and treatment services. You will have to book an appointment to be treated in this clinic.

This clinic accepts most insurance plans within the country. Moreover, you may have to book an appointment to be treated at this clinic. Walk-ins may be allowed during certain hours of the day.

This health center offers HPV and Hepatitis A, C, B vaccines at low costs. It provides a comprehensive HIV testing and counseling program as well as reproductive Health education. The STDs are treated with privacy upheld concerning the patient.

The Kendale Lake Medical clinic offers a wide range of health services. HIV testing and counseling is one of the services provided at low costs in this clinic. Moreover, you may be treated for free during STD campaign weeks. 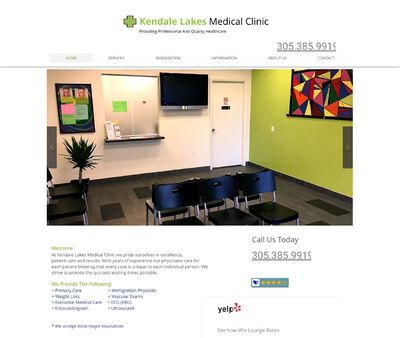 You must be under 21years to get treated at this clinic. You may have to book an appointment to see an STD specialist or a counselor. HIV testing and counseling is free of charge.

This clinic provides an all exclusive HIV testing and treatment program. The staff are friendly and understand your needs and fears as a teenager. Your STD test results will be provided to you in privacy and after that given post-test counseling.

This clinic provides reproductive health education to teenagers in Miami-Dade County. It also offers free HIV testing and counseling. This means that you can know your status without spending a dime! However, it is exclusively for teenagers and youth under the age of 21. 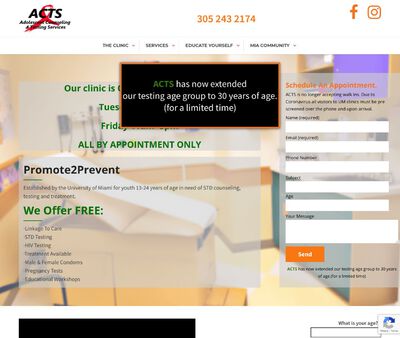 Planned Parenthood prefers scheduling of appointments over walk-ins. Patients can book for an appointment via their website or call their office prior to visiting the hospital. Moreover, one can walk-in during the last hour to the lunch break.

This clinic offers a comprehensive HIV testing and counseling program. It may also provide free STD testing and treatment if you don’t have an insurance cover. Their STD treatment services are synchronized in such a way that people who are under treatment may have to visit the clinic at least four times for check-ups.

The Planned Parenthood organization offers family medicine. Its STD testing and treatment services may be offered for free if you do not have an insurance cover and unable to pay by cash. The clinic has an exclusive HIV testing and counseling program. 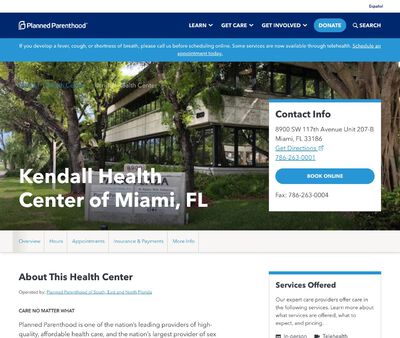 This Clinic provides a wide spectrum of Health services to the people of Miami-Dade County. It is run by the health department of Miami Dade County. And offers social services such as STD testing and treatment, immunization, reproductive health care education, among many others.

This clinic allows for both appointments and walk-ins. You may be treated for free during STD campaign weeks. Moreover, this clinic accepts most insurance plans available in the country.

This health center offers HPV and Hepatitis A, B, C vaccines at affordable rates. Its STD treatment may involve visiting the hospital a couple of times for the STD specialist to ascertain progress in recovery. 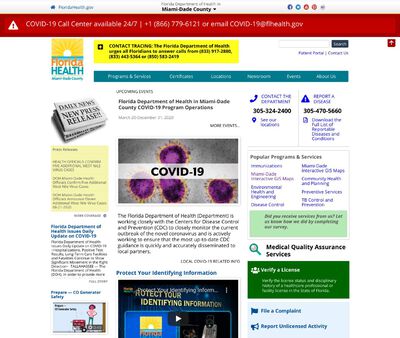 MinuteClinic health center in Miami provides a wide range of STD testing services. It also
provides an exclusive HIV testing and counselling program. It allows for walk-ins but you may also call to book an appointment or to ask questions about STD.

This Center operates by walk-ins and appointments. You may book an appointment by calling the telephone number on their website. Moreover, they accept most insurance plans for payment of STD testing and treatment.

This Clinic offers HPV vaccine and provides a comprehensive HIV testing and treatment. It may also provide STD treatment at low costs. You may be treated for free during STD campaigns weeks.

The Minute Clinics are run by CVS company that deals in pharmaceuticals among other health fields. They uphold confidentiality whenever they are handling your STD tests results. You mayhave to book an appointment to get treated in this hospital. 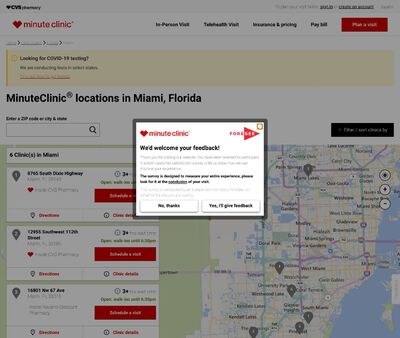