There Are 70 Public Clinics & 33 Private STD Clinics Near You

If you're looking for cheap std testing clinics in the Country Walk area to get a HIV, Herpes, Chlamydia, Gonorrhea, Syphilis or Hepatitis screening for yourself or your partner, you can get tested today by selecting an option below to find an affordable std test clinic near you.
Same day std testing locations also available with results in 1-2 days. Learn more here.

There Are 70 Public Clinics & 33 Private STD Clinics Near You

If you're looking for cheap std testing clinics in the Country Walk area to get a HIV, Herpes, Chlamydia, Gonorrhea, Syphilis or Hepatitis screening for yourself or your partner, you can get tested today by selecting an option below to find an affordable std test clinic near you.

Questions about STD Testing?
Call at 1-800-666-1250 ( 8AM-5PM MON-FRI )
Call at 1-800-666-1250 ( 8AM-5PM MON-FRI )
COMPARE TESTS AND PRICING FIND A CLINIC IN Country Walk
DISCLAIMER
Safer STD Testing is an informational referral website. It refers customers to nationally reputed private STD Testing service providers (“Preferred Service Providers” or “Advertisers”). Safer STD Testing is not a medical or healthcare professional facility or a provider of any medical or healthcare services. Safer STD Testing gets compensated on net purchase of products or services by our users referred to such Preferred Service Providers. Click here to read our full disclaimer.

What are the STI test options in Country Walk,FL?

As of 2015, Miami-Dade County was the county with the highest rate of new HIV infections in the US. Since then, its public health administrators have developed a robust HIV/STD prevention program that relies on state funding to prevent further spread of the HIV/STD burden. Through the program, they’ve been widening the reach of community outreach screening activities, increasing access to prophylactic treatments, and promoting HIV/STD awareness through various educational programs.

Even though some clinics offer free STD testing, they may only serve clients on a walk-in basis. Moreover, other clinics may have inconvenient opening and closing hours.

Description: Educational Organization/Institution. Services open to the general public. Due to COVID-19 precautions, not accepting walk-in patients at this time

Description: Community Based Organization. Outreaching on Fridays. Call for more information or follow social media to know where org is testing

Description: Social Service Organization. Patients are encouraged to make an appointment, but walk-ins are welcomed until 1 hr prior to closing

Description: Proof of identification, address and income for you and your family for sliding fee classification if uninsured. If insured, please bring your insurance card.

Description: Any patient or non-patient can obtain a confidential free HIV test as a walk-in.

Description: Community Based Organization. Financial evaluation will determine what amount you have to pay. To assist you in qualifying for health benefit programs, please bring the following information: Photo ID; Proof that you live in Miami-Dade County; Proof of income and family size.

Please use the map to find a public clinic in Country Walk, Florida
GO TO CLINIC LISTINGS ABOVE
STD STATISTICS

Services are available free of charge to individuals aged between 13 and 24 years.

The nurses refer HIV-positive patients to Special Adolescent Clinic to receive comprehensive medical care. Additionally, individuals with positive results for other STDs may get prescriptions for medication. The staff also provides free female or male condoms to patients that participate in the testing process.

The health center runs the Promote 2 Prevent campaign that entails educating the youth in Miami-Dade County to prevent STD infection.

All services are available on an appointment-booking basis, and patients can conveniently reserve a doctor visit online or via a phone call. The staff also educates the youth on substance abuse and unplanned pregnancies. 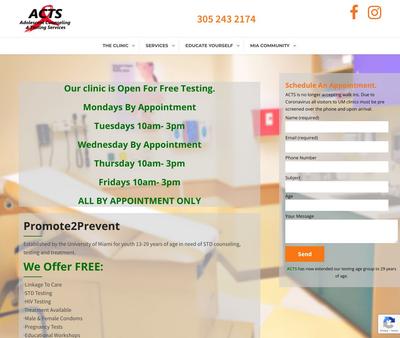 AHF Healthcare Center – Homestead has operated for over 30 years, serving individuals living in Homestead and the surrounding cities, including Country Walk, FL.

The counselors guide patients that test positive for HIV on the effective treatment plans available and the importance of practicing safer sex education to prevent further HIV transmission and contraction of other STDs. The health care providers deliver comprehensive medical care to newly diagnosed individuals.

Female patients can take advantage of the family planning services available at the AHF Healthcare Center – Homestead provides. The testing process is confidential and fast, allowing patients to receive results in about one minute or one week. The clinic offers a wide range of advanced treatment therapies to accommodate patients with different viral loads. 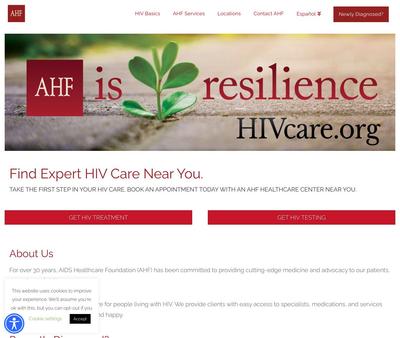 Care Resource Community Health Centers is a Federally Qualified Health Center and a not-for-profit organization that offers medical and support solutions to address the healthcare needs of adults, adolescents, and children living in the Country Walk, FL, area.

The medical team offers HIV/STD services to uninsured and insured patients regardless of their age or gender at no charge. It also delivers free home-based HIV testing services to residents of Miami-Dade and Broward counties aged 17 years and above.

Clinicians give prescriptions for PEP mediation to individuals exposed to HIV within 72 hours. HIV-negative patients at a high risk of contracting the infection may get PrEP mediation. Additionally, the nurses administer medication to people that get a positive diagnosis for HIV.

The facility supports a Sliding-Fee Scale Discount program to help individuals with low income get affordable HIV services. Individuals with busy weekday schedules can visit the health center on Saturdays. 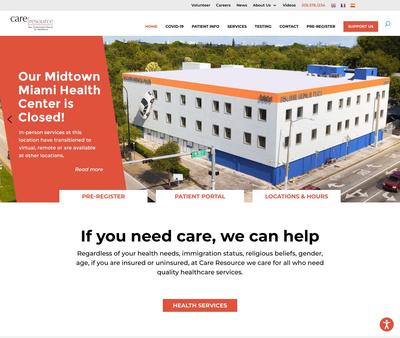 The clinic serves STD-susceptible and infected individuals that reside in or visit Miami-Dade County. Its nurses only attend to those aged 13 and above regardless of their paying ability or race. Also, patients may qualify for free or low-cost services based on their income.

PrEP/PEP services are available to individuals at a high risk of contracting and those already exposed to HIV. Additionally, clinicians administer vaccines to people that get negative test results for Hepatitis A and B. The doctors prescribe medication to STD-positive patients.

The clinic features a perinatal HIV department that helps eliminate the transmission of HIV from positive mothers to their newborns. 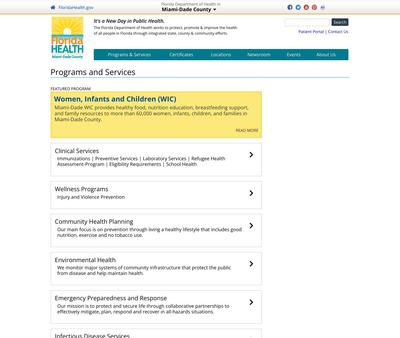