There Are 59 Public Clinics & 19 Private STD Clinics Near You

If you're looking for cheap std testing clinics in the Seekonk area to get a HIV, Herpes, Chlamydia, Gonorrhea, Syphilis or Hepatitis screening for yourself or your partner, you can get tested today by selecting an option below to find an affordable std test clinic near you.
Same day std testing locations also available with results in 1-2 days. Learn more here.

There Are 59 Public Clinics & 19 Private STD Clinics Near You

If you're looking for cheap std testing clinics in the Seekonk area to get a HIV, Herpes, Chlamydia, Gonorrhea, Syphilis or Hepatitis screening for yourself or your partner, you can get tested today by selecting an option below to find an affordable std test clinic near you.

Questions about STD Testing?
Call at 1-800-666-1250 ( 8AM-5PM MON-FRI )
Call at 1-800-666-1250 ( 8AM-5PM MON-FRI )
COMPARE TESTS AND PRICING FIND A CLINIC IN Seekonk
DISCLAIMER
Safer STD Testing is an informational referral website. It refers customers to nationally reputed private STD Testing service providers (“Preferred Service Providers” or “Advertisers”). Safer STD Testing is not a medical or healthcare professional facility or a provider of any medical or healthcare services. Safer STD Testing gets compensated on net purchase of products or services by our users referred to such Preferred Service Providers. Click here to read our full disclaimer.

What are the STI test options in Seekonk,MA?

Public health officials in Seekonk, MA, a town in Bristol County, registered lower HIV diagnoses three years in a row. There were 44 new infections in 2014, 39 in 2015, and 35 in 2016, with most cases being diagnosed in males who accounted for 80, 77, and 71 percent of the total number of infections.

Besides that, an undulating pattern followed the number of new Syphilis infections reported between 2014 and 2016, where 22 persons were positively diagnosed in the first year of reference at a rate of four in every group of 100,000 individuals.

However, concerns were raised over the steadily increasing number of new Chlamydia infections in the town. Seekonk had 18 newly diagnosed patients in 2016, 33 in 2017, and 39 cases in 2018.

Even though Gonorrhea diagnoses were significantly low, a wavy pattern was observed when comparing surveillance data collected between 2016 and 2018. The town had less than five new infections in 2016, six in the following year, and less than five positive diagnoses in 2018.

Public health stakeholders in the town and Bristol County at large have managed to control the rate of HIV/STD infections by developing a consolidated funding strategy that finances a continuum of prevention and care services for high-risk individuals and the newly infected, respectively.

Some clinics may provide free STD testing, but the service may be dependent on whether you qualify under certain welfare and income eligibility guidelines. Additionally, some clinics may not guarantee anonymity.

Description: The clinic primarily serves the homeless population, and others are welcomed on a sliding fee schedule. Many insurances are accepted.

Description: Community Based Organization. Due to COVID-19, drop-in center is available for brief services only. Please check website for updates

Please use the map to find a public clinic in Seekonk, Massachusetts
GO TO CLINIC LISTINGS ABOVE
STD STATISTICS

Founded in 1973, Citizens for Citizens Family Planning ensures residents of Seekonk, MA, get the necessary care to improve and maintain their reproductive health. You can access HIV/STD testing and treatment, pregnancy screening, emergency contraception, and gynecology exams. HIV tests yield results within 20 minutes after the testing procedure.

The staff bills several insurance plans. However, you won't be denied care if you don't have insurance, a document showing proof of residency, or you're unable to pay.

If your test results will be back positive, the staff will offer you the necessary STD drugs. Additionally, you'll get an HPV jab if you're at a high risk of getting Genital Warts.

Citizens for Citizens Family Planning offers services on an appointment booking basis to eliminate inconveniencing long queues. You don't need to worry about your test results being exposed to the public since the ethical doctors onsite keep everything confidential. 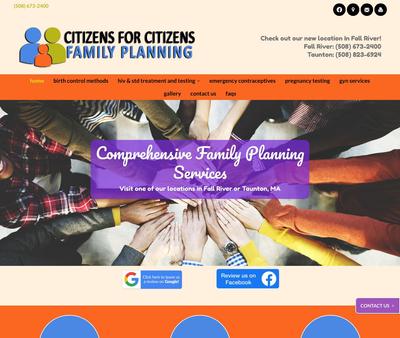 HIV testing is available at no charge to everyone, and you'll get case management services if you have proof of Rhodes Island residency and positive HIV status.

Medication is available if your test yields positive results, and the staff will advise you on ways you'll ensure you take all your HIV pills.

AIDS Care Ocean State has a mental health program that'll equip you with skills to manage stigma and adhere to your HIV treatment plan. You may benefit from the clinic's extensive case management services, including transportation to and from medical appointments, emergency financial assistance, and medication adherence counseling. 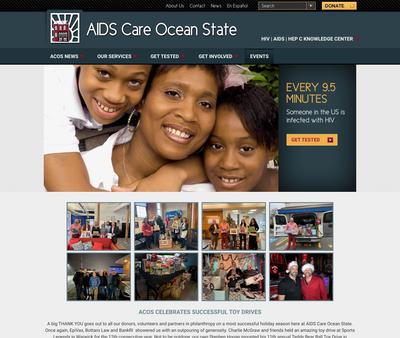 The clinic is closed between 1:00 pm and 6:00 pm on Tuesdays and Thursdays

AIDS Project Rhode Island has a skilled team of infectious disease specialists that offer non-judgemental care and collaborative response to individuals at risk, affected by or living with HIV. Rapid HIV/Hepatitis C testing is available, you'll wait for 20 minutes to get your results. You'll also receive case management services to ensure you get comprehensive care.

You'll receive a free Hepatitis C/HIV test if you schedule an appointment. However, you can order a free in-home HIV screening kit if you're inconvenienced with getting a test onsite.

After getting your HIV diagnosis, a clinician will examine what you need for care and refer you to the right doctor to get medical services.

AIDS Project Rhode Island has the Emer Financial Assistance Program to assist you to cover part or whole of your medical costs and utility expenses if you can't afford them. You can also get RIDE tickets if you need transportation aid to attend your doctor appointments. The clinic also delivers health insurance premium payment assistance to HIV-positive patients that can't manage to pay. 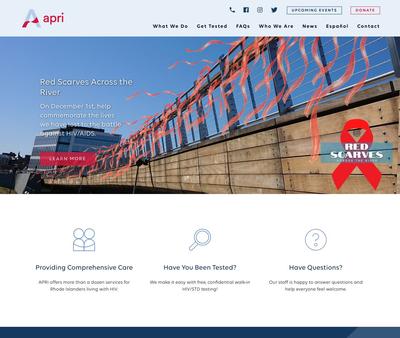 Rhode Island Department of Health features multiple programs to ensure individuals living in cities around Rhodes Island, including Seekonk, MA, live healthy and stay in disease-free environments. You can request HIV/STD testing and management services. The staff can also assist if you need family planning and dental care solutions.

The staff deliver low-priced or free HIV screening to people that haven’t had a test in their lifetime. Additionally, STD screening is available at a low fee based on income to teens and adults, but you’ll get Hepatitis test at no fee if you request. You may use your insurance cover to clear your medical bill.

Some of the prevention options you may get to prevent contraction if your STD test turns out negative include syringes and condoms. The staff will counsel you and refer you to a specialist to help you manage your symptoms by offering you the medical care you need.

Rhode Island Department of Health features the HIV 90-90-90 Initiative, a program aimed at ensuring individuals in communities know their HIV statuses and get linked to providers of HIV care. The facility also has the Sexually Transmitted Disease Program to help reduce the person-to-person spread of STDs. 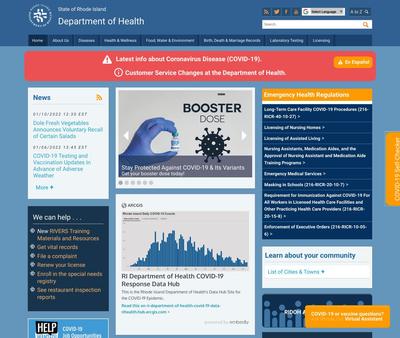