Free STD Testing in the State of North Carolina

There Are 175 Public Clinics & 67 Private STD Clinics Near You

If you're looking for cheap std testing clinics in the state of North Carolina to get a HIV, Herpes, Chlamydia, Gonorrhea, Syphilis or Hepatitis screening for yourself or your partner, you can get tested today by selecting an option below to find an affordable std test clinic near you. Same day std testing locations also available with results in 1-2 days. Learn more here.

What are the STI test options in North Carolina?

North Carolina is a tremendous state offering beautiful views and challenging trails, a number of popular education institutes scattered throughout, and a unique southern hospitality vibe, making you feel warm and welcome wherever you roam. While taking in all that the sunny state of NC has to offer, be sure to frequently visit your preferred health center or clinic to get an update on your sexual health. Unfortunately, the state is experiencing a rising number of STD cases which is quickly turning into an epidemic. The state does provide free STD testing at a number of facilities, but for a hassle-free experience you may want to consider contacting a private clinic. Within a few short minutes on the phone, you can have your STD test scheduled within the immediate future.

. To receive services client must register as a new patient

Public Health Department/Social Services Department. Must register prior to receiving services. Must be an Orange county resident to get TB testing and treatment. PrEP prescriptions at low coast available to patients identified as being at high-risk for HIV infection

. To receive services client must register as a new patient

Community Based Organization. Free and confidential HIV/STD Testing for all populations. LGBT/MSM friendly

Not Sure Which Option Is Best For You? Let us point you in the right direction for STD testing in , NC

STD Statistics for the State of North Carolina

Statistics reported is based on publicly available data sources such as CDC for NC. Data is normalized to accurately report North Carolina STD Breakdown. Demographic breakdowns are based on STD reporting available at the state level.

over the past few decades, the number of STD cases including chlamydia, gonorrhea, primary syphilis, secondary syphilis, herpes, HIV, and more, has been steadily increasing. A number of government agencies have stepped in to write statistical evidence addressing this issue head-on.

In 2013, the Centers for Disease Control and Prevention, CDC, released its annual STD among young individuals between the ages of 15 and 24 ST report, outline and severity of chlamydia, gonorrhea, and syphilis within the state. This report was rated per 100,000 population and revealed that:

Within the same year, the CDC also provided its annual state health profile for NC, addressing the severity of the aforementioned STDs.

The health profile revealed the severity of STDs inside the state. According to this report, in 2008, the rate for primary and secondary syphilis was 3.1 and in 2012 the rate grew to 3.6. Additionally, the report touched on the severity for chlamydia and gonorrhea. Compared to the other states within the United States, the CDC reported the state has 24th highest rate for syphilis, 10th highest for chlamydial infections, and sixth for gonorrhea infections. 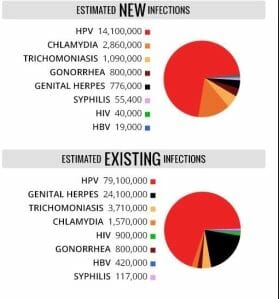 As a whole, the state provides a number of resources that are geared towards educating and raising awareness for your sexual health. Thanks to the rapid growth in the Internet, it’s now externally simple to learn about the various STDs, safe sex practices, and finding free government resources online. If you’re looking for a physical copy, consider checking out a local health center or health clinic. Inside, you’ll find a number of rushers and pamphlets that will provide the knowledge you are looking for in regards to sexual health and safe sex practices.

The state also teaches sexual health as a topic within the public education system. Once a student reaches a specified age, he or she is automatically taught the topic of safe sex and STD prevention strategies.

Interestingly enough, individuals in the ages of 20 and 24 remained the most at risk for chlamydia and gonorrhea, followed closely behind by those who are between the ages of 15 and 19. Although the education system does provide awareness and resources surrounding sexual health and sexual transmitted diseases, the community in NC feels that more needs to be done to educate this target audience. Due to the fact that significant amount of sexually transmitted disease cases a car or from those who are under the age of 25, many individuals within the community feel that sexual education should be taught at younger ages.

Public officials of also stepped up to the plate, offering solutions to fight this rising epidemic. For example, many news outlets and radio stations have started to discuss this topic, hoping to educate its listeners and readers. Public awareness campaigns are also in the making, in the hopes of spreading knowledge of the risks associated with sexually transmitted diseases as well as the free services offered by the government.

The state is populated with individuals who are rich in ethnicities, backgrounds, and heritages. Not only is the state welcoming, it prides itself on the diversity vacation that resides inside the community.

Within the 2015 STD surveillance report provided by the Public Health Department, some ethnicities are at a significantly higher risk for STDs with the state. In 2015, African-Americans made up 37.8% of all chlamydia cases within the state and second, Caucasians consumed about 18.1%. The report also touched on the fact that females are at a significantly higher risk of contracting chlamydia all diseases than males.

Overall, the committee feels that more needs to be done for those who are at the largest risks to interact with STDs. According to the statistics found from the above mentioned sources, African American females between ages of 15 through 24 appeared to be the most at risk individuals within the state for contracting chlamydia. Many public officials and community members feel that more needs to be done to educate and provide assistance for this target demographic. In doing so, the state hopes to reduce the number of STD cases reported annually. 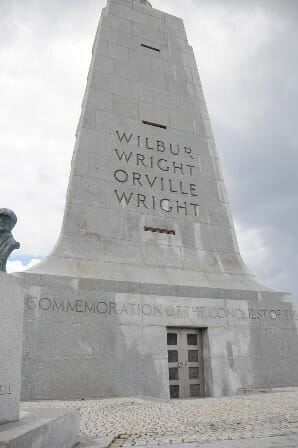 Although North Carolina is a gorgeous state with considerable amount of potential, it’s facing a STD epidemic that’s rapidly growing out of control. Although the state does provide a number of resources to educate and provide awareness for its residents and tourists, the state is having a hard time getting a better grasp on this issue.

While you’re taking in all that the state has to offer, don’t forget to touch base with your sexual health by periodically taking an STD test. Doing so will keep you safe, alert, and aware. Not only that, but you’ll also be helping reduce the number of sexual transmitted diseases within the United States.