Free STD Testing in the State of Oregon

There Are 10 Public Clinics & 3 Private STD Clinics Near You

If you're looking for cheap std testing clinics in the state of Oregon to get a HIV, Herpes, Chlamydia, Gonorrhea, Syphilis or Hepatitis screening for yourself or your partner, you can get tested today by selecting an option below to find an affordable std test clinic near you. Same day std testing locations also available with results in 1-2 days. Learn more here.

What are the STI test options in Oregon?

Known for its diverse landscape of forest, mountain, and beach, Oregon is a coastal state famous for iconic coffee, farm to table restaurants, and microbreweries. Locals love the art museums, the outdoor adventures, as well as the plethora of great colleges and universities statewide. There’s everything from Seattle’s big city living to off-the-grid communities near Bend. After exploring, from Mount Hood to the pacific coast, you’ll want to make sure that you take care of your sexual health by getting regular STD testing. Free STD Testing Centers in the beaver state are cropping up all over the place, but if you prefer discrete appointments, private STD testing is also widely available.

Social Service Organization. If you are uninsured, you may qualify for a state-funded program or a lower fee scale. Please bring birth certificate and photo ID. Fees for services are based on your household income

. Mitchell School Based Health Center is open to all community members

Not Sure Which Option Is Best For You? Let us point you in the right direction for STD testing in , OR

STD Statistics for the State of Oregon

Statistics reported is based on publicly available data sources such as CDC for OR. Data is normalized to accurately report Oregon STD Breakdown. Demographic breakdowns are based on STD reporting available at the state level.

In a state health profile compiled by the CDC, it was reported that:

HIV diagnoses have decreased by almost half between the period of 2004 and 2014. The most recent statistics for rate of infection is 19 cases per 100,000. Between 1993 and 2015 there has been an 88% increase in survival rates of those diagnosed with HIV. Despite the many gains in the fights against AIDS, Oregonians continue to have a high instance of late diagnosis HIV (already AIDS by the time of diagnosis). This is alarming and health statistics indicate this trend affects older patients, Hispanics and men who have sex with men most frequently. HIV diagnosis also frequently comes with co-infections of other STDs.

All statistics are based on cases reported and health care workers remind us that many cases go either undetected or unreported so these statistics may be low compared to actual numbers afflicted.

According to the Oregon Department of education human sexuality education takes place inside schools at an age appropriate time and in a balanced way. The comprehensive plan of instruction includes curriculum that is culturally inclusive and reflects the gender expression of today’s youth in a way that is gender sensitive.

Medically accurate information is to be provided about safe sex practices with a goal of decreasing unwanted pregnancies and sexually transmitted infections. The information provided to students will not be shame-based or fear-based meaning that the abstinence-before-marriage based education that was taught to generations past will be replaced with a combination of information about abstinence as well as safe sex practices.

Health officials and parents are excited about this new and open way of instructing our youth about their sexual health. A focus on open conversation that continues to develop through different ages sets the stage for teens and young adults to feel comfortable taking care of their sexual health as they mature. 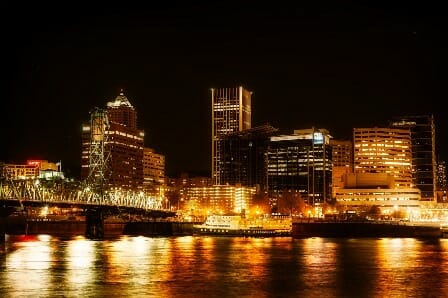 The population is changing rapidly compared to much of the United Sates. Currently there are 4 million residents with an expected 4.3 million by 2020. This shows an increase of 152% while the US rate is only increasing at a rate of 104%. The state remains much less diverse than the US overall with 11% of the population being Hispanic and less than 2% being black. A whopping 87% are white. 63% of the population are adults between 18 and 64 with a fairly equal split between children under 17 and retired persons over 65.

Parts of the state have a higher percentage than the national average who identify as LGBT (specifically Portland) and the West Coast liberal attitude encourages open expression of sexual identity which mean we see youth move to this area from more conservative states. This doesn’t mean that Oregonian openness is attractive to all residents. Just recently a sex education book made the news and created quite a stir about how much information should be given to students in the lower grades.

With the new president looking to change health-care funding, it is more important than ever that we continue to demand funding for all Americans. Currently, the CDC funds Oregon State health department with:

This funding is designated for surveillance,program implementation, service delivery, and monitoring and evaluation of infection rates.

The good news for Oregonians is that both big cities and rural communities are home to clinics and testing facilities whose goal is making personalized sexual health care easy to access and affordable for everyone. There are local options that include:

With all these options, it has never been so easy to take charge of your own sexual health and regain the peace of mind that comes with a clean bill-of-health! Remember being adventurous and open-minded doesn’t mean you can’t take the time to keep yourself healthy. Common myths include thinking your doctor will tell you when you when need to be checked or that you only need to be checked if you have symptoms. Getting checked regularly if you are sexually active, if you use injection drugs, or if you are starting a new relationship is part or your responsibility to keep yourself healthy.