Free STD Testing in the State of Virginia

There Are 165 Public Clinics & 49 Private STD Clinics Near You

If you're looking for cheap std testing clinics in the state of Virginia to get a HIV, Herpes, Chlamydia, Gonorrhea, Syphilis or Hepatitis screening for yourself or your partner, you can get tested today by selecting an option below to find an affordable std test clinic near you. Same day std testing locations also available with results in 1-2 days. Learn more here.

What are the STI test options in Virginia?

Between hitting the beach and camping in the mountains of this versatile state, it’s important to remember regular STD testing, including tests for Chlamydia, Gonorrhea, Hepatitis B, C, Herpes, HIV and Syphilis. Virginia ranks at 13 out of 50 states for positive STD tests, so staying safe means scheduling regular private tests. Many locations provide free testing, but the lines are long and there is little confidentiality. Skip the lines with one simple phone call to schedule private, confidential STD testing that takes a mere 15 to 20 minutes of time in the lab. From the haunted Gettysburg battle fields to the Navy yards full of ships and museums, you’ll want to be back in the action quickly.

Community Based Organization. Testing open to the general public

. Please register as a patient. Proof of income needed

Commercial Organization. This Walgreens location offers free HIV testing year round in partnership with the Virginia Department of Health

Not Sure Which Option Is Best For You? Let us point you in the right direction for STD testing in , VA

STD Statistics for the State of Virginia

Statistics reported is based on publicly available data sources such as CDC for VA. Data is normalized to accurately report Virginia STD Breakdown. Demographic breakdowns are based on STD reporting available at the state level.

Between the years of 2011 and 2015, Virginia has witnessed a stagnation in HIV rates. Residents are being tested in large numbers, and the results are coming back at rates that neither rise, nor fall, between years.

Black residents have the highest incidence of HIV positive tests, with 35.3% of all Virginia cases being in the black communities in 2015. Male-to-male sexual contact continues to lead the transmission source, with 418 cases in 2015 having this transmission route.

According to a report published by the Department of Health in 1999, the history of STD’s in the state has remained stagnant. The report states that the black community had the highest incidences of HIV and gonorrhea. However, the white population beat the black population for hepatitis C, an STD which is also transferred through intravenous drug use. Other statistics that haven’t changed are:

The state provides a number of different educational opportunities for residents and visitors to learn more about prevention, testing, and treatment. The Department of Health provides statistics for a number of different STD’s, including HIV, syphilis, gonorrhea, and chlamydia. The site also includes further information, such as links to the CDC to learn the signs of an STD, how to prevent STD’s, where to get help, and how to handle treatments.

The State Educational Board approaches STD education in the schools through programs geared toward prevention. Issues are covered in health classes, where teachers discuss personal safety, abstinence, and ways to reduce the chance of contracting an STD. There is little education, through the schools, regarding testing facilities, or how to seek confidential treatment. Virginia also supports the Family Life Education program, where specific topics are discussed, specifically age-appropriate discussions on the following topics:

This method of education is referred to as the abstinence-until-marriage approach, where educators do not inform students of community-based resources for STD testing, but instead push the idea of one partner in marriage. According to Advocates for Youth, this type of education rarely works, but the Federal government continues to fund programs, so states continue to utilize the programs. Residents and students must seek separate education to learn more about STD testing and treatment, especially as the statistics prove that the state’s STD rates aren’t going away. 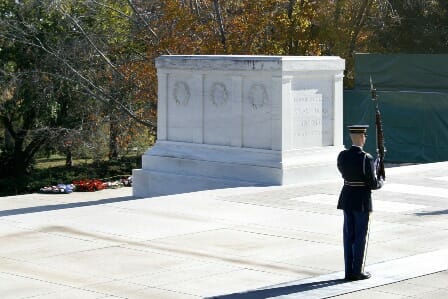 Evidently, STD testing is widely reserved for adults. The teenage population may hesitate to get tested simply through an ignorance to the testing methods. If a teen has been through the abstinence education through the school system, then contracts an STD, that teen has a higher chance of hiding the illness through shame. That same teen will also lack information on how to confidentially get tested without the support of family and friends. The disease then spreads and continues to wreak havoc on the teen’s health. Dropout rates don’t matter, as most teens pass through high school education without receiving in-depth information on STD’s.

The state is only ranked 11th in the nation’s poverty rate, so income is a small factor in reduced instances of STD testing. However, many of the poorest residents reside in the inner cities of Richmond, Norfolk, or Chesapeake, resulting in an undereducated class, living in close proximity, who do not have the funds to seek medical care.

While some STD clinics are free, many living in poverty still do not seek testing, due to the fact that preventative care is not part of their natural routine. What’s more, the State of Virginia presents the fact that black or Hispanic individuals are more likely to live below the poverty line in the state, and earlier statistics proved that Black residents had the highest incidences of STD’s.

A combination of poverty, mixed with a lack of information, are the underlying reasons for Virginia residents to avoid STD testing.

No matter where Virginia takes you, from the rapids of the streams, to the historic Civil War sights, to the starfish-studded aquariums, it’s important to make sure to work in a regular STD test. Even if the tests are consistently negative, personal health through STD testing must be on top of the priority list. Skipping the long lines at the free clinics with one simple phone call will put more time on the clock for fun activities, such as wind surfing in the ocean or exploring downtown Richmond, with its vast military statues and pristine walking paths.

The time in the lab is under a half hour, and regular STD testing is only once every six to twelve months. It’s a win-win situation all around that maintains health and keeps the fuel under the feet to explore every opportunity Virginia offers its residents and visitors alike.