Free STD Testing in the State of Connecticut

There Are 50 Public Clinics & 65 Private STD Clinics Near You

If you're looking for cheap std testing clinics in the State of Connecticut to get a HIV, Herpes, Chlamydia, Gonorrhea, Syphilis or Hepatitis screening for yourself or your partner, you can get tested today by selecting an option below to find an affordable std test clinic near you. Same day std testing locations also available with results in 1-2 days. Learn more here.

What are the STI test options in Connecticut?

Although the CDC listed Connecticut as one of the 10 states with the lowest STD cases nationwide, the rates for Syphilis are still rising statewide. Limited access to free STD testing centers in CT has caused long wait times, sometimes taking several days to be seen at an STD clinic. While some folks have chosen to forgo testing due to difficulty making an appointment that fits in their schedule, others have chosen a better way to keep their health in check. One phone call can help you find a private STD testing center nearby. After a quick 20-minute lab visit, you’ll still have plenty of time to visit Mohegan Sun, Connecticut’s oldest and most popular casino and resort.

Community Based Organization. Services for substance abusers. Need to enroll in the program in order to receive services

. HIV testing free and open to the general public; Need to enroll as a patient for other services. Fee for other primary care services including STD and TB testing

Community Based Organization. Walk-ins are accepted for express STI/STD screening only. All other visits need to be scheduled

Not Sure Which Option Is Best For You? Let us point you in the right direction for STD testing in Connecticut

STD Statistics for the State of Connecticut

Statistics reported is based on publicly available data sources such as CDC for , CT. Data is normalized to accurately report STD Breakdown.

Despite CT having lower STD rates compared to the rest of the nation, it is still very important to have regular tests done for your well-being and to help prevent the spread of disease. The CT Department of Public Health recommends routine STD testing for every person age 16 and above.

Since 2008 the rate Hepatitis C infections in Connecticut has been steadily increasing for both men and women between the ages of 20-49, with 20% more HCV cases now being diagnosed each year. Acute Hepatitis B rates were down 60% in 2011, with men and Asian/Pacific Islanders aged 30-49 being the most affected by HBV at a rate of 138 per 100,000 people statewide, compared to an average of 15 per 100,000 for others in CT.

Instances of Gonorrhea have only slightly decreased within the past couple of years while Syphilis numbers have continued to rise. Even though the rates of Chlamydia have waxed and waned over the past 20 years, there has been an overall increase of infection by 73% since 2001. These numbers will most likely rise again as the state continues to defund free STD clinic access due to budget cuts. State health reports from 2008-2015 show that:

Over the past 20 years the state has consistently seen a decrease in the rates of Gonorrhea, while Chlamydia was on the rise up until 2015. Meanwhile, the rates for Syphilis have bounced around over the past two decades. The lowest rates occurred in 2000, followed by a steady increase beginning in 2004. The state has not seen an infection rate for Syphilis this high since 1996.

The rate of newly diagnosed HIV cases has been on a steady decline, with people between the age of 20-29 having the highest infection rates at 33% statewide. However, with many budget cuts happening recently statewide, and minimal access to free STD testing, the numbers for HIV and Syphilis rates will probably rise. 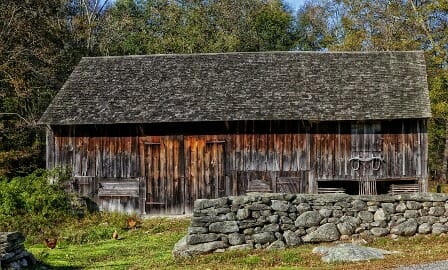 Surprisingly, not every state requires public schools to have a sexual education class that teaches children about the anatomy of their body and how to practice safe sex. Thankfully, though, Connecticut is one of the states where sex ed is not only required, they do a fairly decent job at it too.

The prominence of decent sexual education in the state likely plays a role in the lower rate of STD and HIV cases. Beginning early in grade school, children throughout CT are taught about their body and well-being, as well as age-appropriate information on sexual health. By 9th grade, most schools in the state have taught children how to apply a condom to avoid STD’s, HIV, and pregnancy. Connecticut is one of 5 states in this nation to have the lowest teen birth rates.

Regardless of practicing safe sex, it is still important that yourself and your partner undergo routine testing. This is especially true for Herpes and HIV, which do not require sexual contact in order to become infected. Finding out if you have HIV is quick and should be done every 6 months since it can take time for the virus to settle in your body and show up in the lab work.

Since Herpes usually doesn’t show symptoms for a while, it’s important to have Herpes testing done routinely so you are aware if you have the virus. The Herpes test is also quick and can be done at the same time you have HIV testing.

Between the states liberal views and decent sex ed in schools, it’s not surprising that STD rates are on the lower side compared to the rest of the nation. However, many people find it difficult or embarrassing to talk to their primary care doctor about getting tested for STD’s. Combine that with the lack of free STD testing clinics statewide and high poverty rates, many folks haven’t been able to afford the sexual health care they need.

While some STD rates in CT are on the decline, the number of Syphilis cases are still rising. The CDC has released statistics suggesting that the increase of Syphilis rates is partly due to sexual preferences, while a local study has mentioned the correlation between rising Syphilis rates in Connecticut and the metropolitan cities in neighboring states. In Connecticut, white males between the age of 20 and 29 have the highest rates of Syphilis throughout the state, with 3 diagnosed cases out of every 100,000 people in 2015. The infection rate for Syphilis has not been this high since 1996.

Although gender does not specifically play a role in contracting STD’s, there is a higher instance of certain sexually transmitted diseases for both men and women. Statistically, females are found to have a higher rate of Chlamydia because they undergo routine pelvic exams that detect Chlamydia.

Men generally only get tested when they have symptoms, which means they are more likely to pass on an STD to their partners unknowingly. Since many STD’s do not present symptoms, the infection goes undiagnosed and untreated. This is why it is important to have an STD test done every time you have a new partner or if you have multiple partners, even if symptoms are not present. 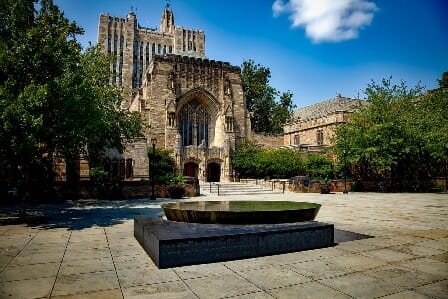 Sexual health care is essential to your well-being, so it’s important that you know about the confidential options available to you. Having an STD test done is nothing to be embarrassed or ashamed of, it’s a mature decision to make for your body.

With the CDC reporting an increase in STD rates across the country, and Syphilis cases on the rise in CT, it’s crucial to consider calling to schedule an appointment for STD and HIV testing. Whether or not you have any symptoms, or even just to have peace of mind, a simple phone call and a quick 20-minute visit to the lab to complete your tests is all it takes. You’ll leave with a sense of relief knowing that you’re doing the right thing for you and your partner.

Select and order your STD tests using the secure, online checkout, or by phone. If you're not sure what tests you need, dedicated certified care advisors can help. Call 1-888-331-0485 , 8AM-7PM MON-FRISee tests & pricing