Free STD Testing in the State of Michigan

There Are 66 Public Clinics & 13 Private STD Clinics Near You

If you're looking for cheap std testing clinics in the state of Michigan to get a HIV, Herpes, Chlamydia, Gonorrhea, Syphilis or Hepatitis screening for yourself or your partner, you can get tested today by selecting an option below to find an affordable std test clinic near you. Same day std testing locations also available with results in 1-2 days. Learn more here.

What are the STI test options in Michigan?

The state of Michigan is among the more picturesque in all of North America, with enough to do through all four seasons. Since four of the five Great Lakes touch Michigan, people can visit lakeside communities, swim at beaches, or just enjoy a place to cool down. Major cities such as Detroit, Grand Rapids, and Kalamazoo offer plenty to do year-round for arts, entertainment and sports enthusiasts. Lansing and Ann Arbor are home to two major Division I universities, giving these college towns their own funky, charming vibe. With so many activities going on and so much to see, Michigan certainly isn’t a boring, humdrum state. But how does it rank when it comes to fighting off sexually transmitted diseases?

Public Health Department/Social Services Department. Anyone age 10-21 in the five county Traverse Bay Intermediate School district, enrolled or not enrolled in any school, are eligible for service at the youth clinics - KTown Youth Health Center or Youth Health & Wellness Center. All other ages are welcome at our main Health Department office

Public Health Department/Social Services Department. Anyone age 10-21 in the five county Traverse Bay Intermediate School district, enrolled or not enrolled in any school, are eligible for service at these youth clinics

Social Service Organization. If you are uninsured, you may qualify for a state-funded program or a lower fee scale. Please bring the following documents: birth certificate, photo ID. Fees for services are based on your household income. You will not be turned away because of your inability to pay

Social Service Organization. If you are uninsured, you may qualify for a state-funded program or a lower fee scale. Please bring the following documents: birth certificate, photo ID. Fees for services are based on your household income. You will not be turned away because of your inability to pay

Not Sure Which Option Is Best For You? Let us point you in the right direction for STD testing in , MI

STD Statistics for the State of Michigan

Statistics reported is based on publicly available data sources such as CDC for MI. Data is normalized to accurately report Michigan STD Breakdown. Demographic breakdowns are based on STD reporting available at the state level.

No doubt this is a big state that stretches all the way from the western tip of Ironwood all the way to the southeast corner by Toledo, Ohio. For the most part, the upper peninsula of the state is low-risk to mid-risk when it comes to chlamydia. Chippewa County, which includes the city of Sault Ste. Marie, reported 349.5 cases of chlamydia per 100,000 residents in 2016.

It should also come as no shock that the major population counties are the ones that report the highest number of cases. Muskegon (704), Kent (604.7), Kalamazoo (725.5), Ingham (659.2), Saginaw (595), Genesee (592), and Wayne (877.2) are the counties with the highest spread in the state. Wayne County includes the city of Detroit, and you also have such population centers are Muskegon, Grand Rapids, Kalamazoo, Lansing, Saginaw, and Flint included in these numbers.

Questions remain about the sharp spike in syphilis and what are its root causes, but there are many factors at work here. 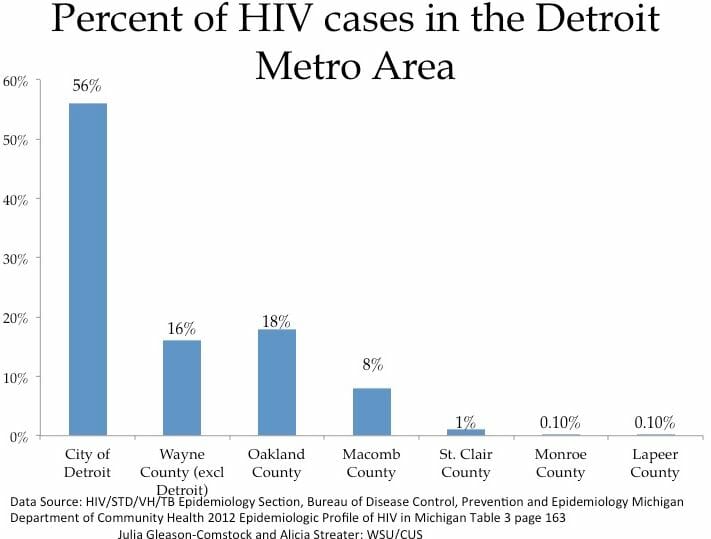 The Centers for Disease Control funds Michigan with disease surveillance and prevention activities. In other words, they want to look for where these develop and how to stop the spread of sexually transmitted diseases.

It is a daunting task. Outstate rates of chlamydia are on the rise after declining for a couple of years. The highest rates are among men and women aged 20-24, people who may be in college at this point.

One thing the state, through its Department of Health and Human Services, is trying has to do with expedited partner therapy (EPT). This makes sure the person with the STD has all of his or her partners treated to prevent repeat occurrences. Medications are prescribed to treat the STD itself and also given to the partners to combat the symptoms showing up in them. There are even guidelines for someone being pregnant who may have an STD. The medications dispensed are proven safe for the unborn child.

HIV testing has more rigorous documentation thanks to a law that took effect in 2011. The persons have to be informed of the provider wanting to administer an HIV exam and must give consent. They must also provide numbers for appropriate counseling in the event of a positive test. Herpes testing in Michigan is also a big part of the STD educational process, as it is estimated 1 in 6 people have antibodies to the virus that causes genital herpes.

It has been established male and female residents between 20-24, predominantly African American, have the highest rates for chlamydia. The same is true for cases of gonorrhea, although the disease as a whole is on the decline in recent years. In 2015, 27 percent of black males and 26 percent of black females made up the diagnosed gonorrhea cases.

Syphilis has spiked in recent years, as was previously documented, but this disease is mostly male-centered. Males aged 25-29 have the highest rate of testing, as do females aged 20-24. However, this disease is present in far smaller numbers than with males.

Michigan has one of the highest populations in the country, at just a shade under 10 million in the latest Census figures. The population is 79.7 percent white and 14.2 percent African American, with the other percentages spread among Asian, Hispanic, etc.

Although median household income is a shade under $50,000, approximately 16 percent of the households live in poverty. Higher cases of this have been documented in Flint, Detroit and other urban population centers. This is where the greatest documentation of sexually transmitted diseases has also emerged. Although the state is trying to combat this with EPT and other programs, educating the public on what sexually transmitted diseases can do is a risk when that population sector may not have access to affordable treatment programs. 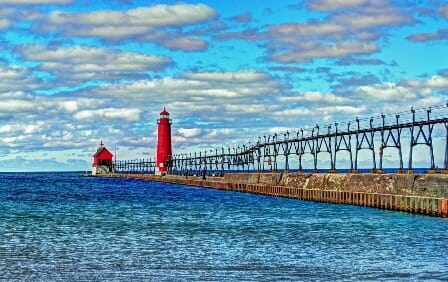 Although rates may be on the way down, another economic recession could sting Michigan’s population to the point where STD rates could rise once again. The rise of sexually transmitted diseases has slowed and declined in recent years, no doubt as Michigan’s economic health improves and more is known about programs for lower and middle-income brackets where there is affordable access to free STD clinics. But there remains work to be done.

As the state invests money in urban areas like Detroit and Flint, health regimens should improve in those cities. Awareness of STD clinics and testing on college campuses in cities like Kalamazoo, Lansing, Ann Arbor, Mount Pleasant and others will also get the job done. For many years, Michigan was a devastated state in terms of people out of work and/or underemployed. Better times are here, but can the same be said for STD testing and awareness?