There Are 103 Public Clinics & 52 Private STD Clinics Near You

If you're looking for cheap std testing clinics in the Aventura area to get a HIV, Herpes, Chlamydia, Gonorrhea, Syphilis or Hepatitis screening for yourself or your partner, you can get tested today by selecting an option below to find an affordable std test clinic near you. Same day std testing locations also available with results in 1-2 days. Learn more here.

What are the STI test options in Aventura,FL?

STD rates, including gonorrhea, chlamydia, and syphilis increased significantly in Miami-Date County from 2016 to 2017. While residents of the county seat, Miami, account for many of the newly reported cases, even smaller communities like Aventura, FL are affected by the rise in STD rates.

There are a few health centers in Aventura, FL that may provide HIV and STD testing, including AHF Wellness Center – Jackson North and Women’s and Teen Health Care. You can also contact one of several private doctor offices in the city that might provide STD testing. Many of these facilities are located along Route 1 (Biscayne Road).

On the other hand, you can choose to travel 18 miles south into Miami, where you will find numerous healthcare clinics that may provide STD and HIV testing, such as West Perrie Health Center, Out of the Closet – Miami, Florida Health Department – Miami-Dade, Jefferson Reaves Sr. Health Center, and Planned Parenthood – Golden Glades-Miami Health Center.

Some clinics may even advertise free STD testing, but after test treatment options may not be available at some of these locations. In addition, some services may include extra fees, so be sure to ask about costs prior to obtaining any type of treatment.

Clinic. Testing open to the general public. Need to register as a patient for other health services

Community Based Organization. You will need to provide a photo ID, proof that you reside in Miami-Dade County, and proof of income and family size

Not Sure Which Option Is Best For You? Let us point you in the right direction for STD testing in Aventura, FL

Please use the map to find a public clinic in Aventura, Florida
GO TO CLINIC LISTINGS ABOVE
0
People, On Average, Visit This Site From Florida Every Month
0
People from Florida, On Average, Take Action For Their Sexual Health

Most insurance holders qualify for treatment but they should call ahead to confirm. Uninsured residents may qualify for financial assistance that the clinic offers. The facility encourages pregnant women to seek their services. There are currently no age restrictions.

The medical team provides confidential testing and treatment of STDs. Treatment may involve the ingestion of antibiotics. Viral STDs are also managed at the center, and counseling services are part of the treatment package. To facilitate the prevention of HIV, PEP and PrEP services may be availed.

The center offers an English interpretation for Spanish, French, and Creole. The health center offers its services on a walk-in or an appointment basis. The weekend hours provided also make the facility convenient for busy clients. 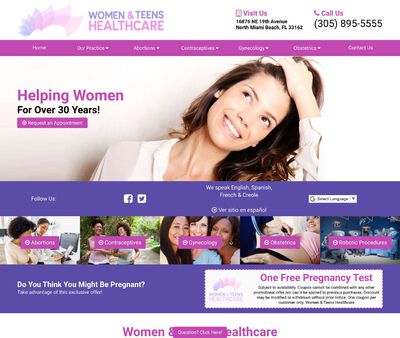 AHF Wellness Center is a health center that offers free STD tests. STD testing may involve urine samples or throat and rectal swabs. Blood tests are also available. Most tests take approximately 30 minutes. The waiting time for the results may vary with most ranging from 3 to 7 days.

Anybody may qualify for free HIV and STD tests. That includes residents of all ages, gender, or sexual identities.

The facility offers cryotherapy treatment for genital warts. Antibiotics are used to treat bacterial STDs. During testing and treatment, qualified counselors may offer their consultation services. Condoms are among the preventive options offered by the medical team.

The facility may offer an interpretation of some languages. STD services are on an appointment basis, and the trained staff treats clients with confidentiality. Clients who test positive for STDs will be notified by phone while those whose results are negative may call the facility for their results. 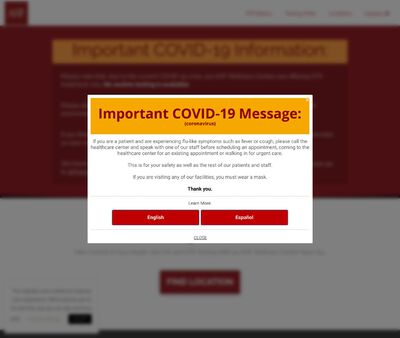 UHealth Clinic is the only university-based medical facility in South Florida. It provides quality patient care due to extensive research in the medical field. Properly trained physicians that are experts in HIV care are part of the medical team in the clinic. HIV testing is done by a blood draw.

Most insurance covers are accepted at the facility. Uninsured and low-income earners qualify for financial assistance for medical services.

Advanced medications aimed at reducing the level of HIV is available at the facility. Antiretroviral therapy and prophylaxis treatment may also be used. Other treatment options include NNRTIs, NRTIs, protease inhibitors, and integrase inhibitors. Additionally, preventive options such as condoms may be provided. Follow up services are also available.

The facility provides services on an appointment basis. An interpretation of other languages is also available. Infectious disease medical practitioners offer comprehensive care to clients diagnosed with HIV. Clients may benefit from clinical trials as a result of discoveries and innovative health care. 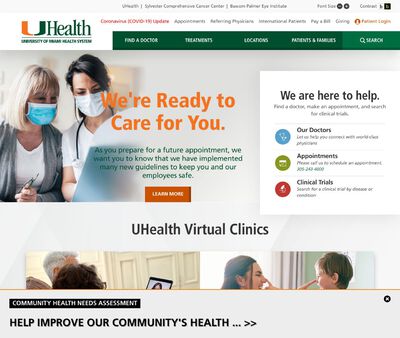 Golden Glades – Miami Health Center of Miami, FL is a satellite clinic of the Planned Parenthood network. The facility provides reproductive health care and sex enlightenment to the residents of Miami and its surroundings. The qualified nurses and doctors are well-trained and experienced in the screening, testing, and treatment of STDs.

Residents of all sexual orientation, including those from the LGBTQ community, can seek health care at the clinic. Most insured residents may receive the services offered at the facility, and uninsured residents may qualify for sliding scale fees or a state-funded program. 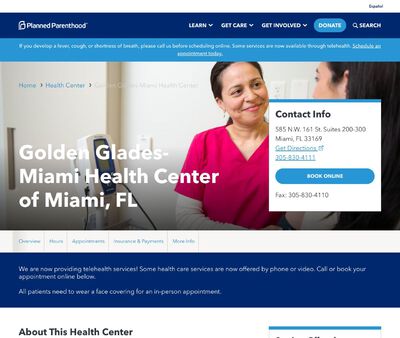 Test Miami is an initiative developed by the Florida Department of Health that is dedicated to providing quality reproductive health care to the residents of Miami-Dade and its surroundings. Its staff is well-trained in the diagnosis and treatment of STDs. Additionally, the initiative has a mobile unit that offers STD services to the residents of Miami-Dade and the surrounding areas. Rapid HIV tests are also available.

Every resident qualifies for free HIV and STD tests under the Take Control Initiative. Residents living with HIV qualify to access comprehensive care via the Linkage to Care program. Residents considered as racial and ethnic minorities are also encouraged to seek medical care.

Partner notification for clients diagnosed with STDs is available. Medication that manages HIV and reduces it to undetectable levels, as well as antiretroviral therapy, is also provided. Free male and female condoms are part of the prevention against STDs whereas PrEP and PEP antibiotics are available for HIV prevention.

Confidential testing of STDs and counseling services are provided by qualified health-care professionals. English interpretation of various languages is available, and no appointments are necessary to seek medical care. 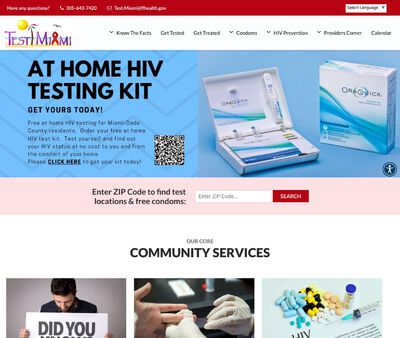 AssociatesMD is a medical facility that offers health care to the residents of Pembroke Pines and the surrounding areas. The facility has cutting-edge equipment such as digital x-rays, electrocardiograms, and spirometers. Medical doctors and nurses are well-trained in managing and treating STDs.

Treatment involves confidential testing of STDs. Depending on the infection, bacterial STDs are treated using antibiotics while viral STDs are medically managed. Preventive options may include PrEP and PEP antibiotics. Additionally, condoms may be an option to prevent the spread of multiple STDs.

The clinic provides STD services on a walk-in basis. Online appointments are also available for urgent care services, and it is open daily with its medical team always available onsite. The online billing platform available provides safety for clients when handling their cash. 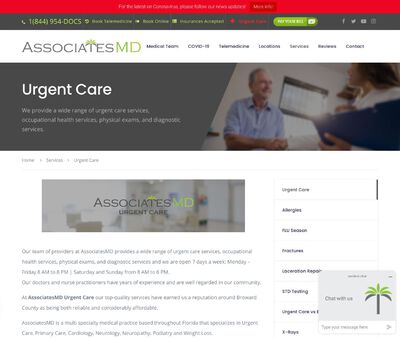 Other Cities Near Aventura, Florida