Free STD Testing in the State of Washington

There Are 155 Public Clinics & 64 Private STD Clinics Near You

If you're looking for cheap std testing clinics in the State of Washington to get a HIV, Herpes, Chlamydia, Gonorrhea, Syphilis or Hepatitis screening for yourself or your partner, you can get tested today by selecting an option below to find an affordable std test clinic near you.
Same day std testing locations also available with results in 1-2 days. Learn more here.

Free STD Testing in the State of Washington

There Are 155 Public Clinics & 64 Private STD Clinics Near You

If you're looking for cheap std testing clinics in the State of Washington to get a HIV, Herpes, Chlamydia, Gonorrhea, Syphilis or Hepatitis screening for yourself or your partner, you can get tested today by selecting an option below to find an affordable std test clinic near you.

What are the STI test options in Washington?

Washington State is known, among other things, for its booming tech industry, it’s water- water-everywhere including miles of marine shoreline, incredible wilderness (including the tail end of the PCT trail) and a regular top-five ranking for being environmentally friendly and, of course, no state tax. For Pacific North westerners, living in here isn’t all hidden caves, craft beer, and marijuana laced coffee, it’s also kindhearted neighbors and caring colleagues who value their health. That’s why Washington locals are taking care of their sexual health by visiting STD clinics and getting regularly tested for sexually transmitted infections like chlamydia, gonorrhea and HIV. There are a full range of options from private STD testing facilities to free STD Testing Centers conveniently located and simple to access.

Description: Social Service Organization. If you are uninsured, you may qualify for a state-funded program or a lower fee scale. Please bring the following documents: pay stub, photo ID, proof of residence. You will not be turned away because of your inability to pay.

STD Statistics for the State of Washington

Statistics reported is based on publicly available data sources such as CDC for , WA. Data is normalized to accurately report STD Breakdown.
statistic

The CDC funds the state health department through a grant program that supports community wide STD safety that includes prevention, diagnosis, treatment, and follow-up. Across the state 75% of the notifiable diseases are STDs.

Health-care providers note chlamydia is the most frequently reported STD. The number of chlamydia infections in the region is unfortunately on the rise.

This indicates an alarming trend that shows Washington youth are not getting adequate education about the dangers and prevention of chlamydia.

After several years with a slow but steady decline in gonorrhea cases, there has been an increase between the periods of 2009 to 2016.

There is an ongoing concern that gonorrhea is becoming increasingly antibiotic resistant.

We also see a large disparity between male and female syphilis rates. Approximately 70% of syphilis cases were people living predominantly in urban Puget Sound. Women had a rate in 2015 of only 1 person per 100,000 where in men we’re seeing 12 cases per 100,000. 79% of the males infected report a history of men having sex with men. 28% had a co-infection of HIV.

The state department creates an HIV/AIDS epidemiology report which is published in collaboration with public health. The number of people with new diagnosis of HIV statewide has been on a slow decrease over the past 10 years. There used to be 553 cases per year between 2004 and 2008 and now we are at 7.6 cases per100,000. The number of cases for males and females are about the same with over 85% of males infected being gay or bisexual men.1 in 6 cases report a history of injection drug use. Since 2000 there have been 7cases of HIV transmission from mother to baby in the state.

Fortunately, the healthy youth act of 2015 discusses HIV and sexual health education in Washington State and is mandated for schools statewide. Hopefully this new wave of educated citizens will help the rates to rapidly descend.

Each school board is provided all instruction and materials used in teaching sexual health class to students which:

The goal of sex education, decided by the state, is safe and healthy understanding of sexuality. The curriculum acknowledges that people may choose to abstain from sexual activities at various points in their life and stresses that abstinence is the only certain way to avoid the spread of STDs and to avoid unwanted pregnancy.

It also provides accurate information about STDs including how they’re transmitted and the efficacy of all FDA approved methods of reducing the transmission rates of these diseases. Information is provided, at each school, on local resources for testing and medical care that includes promoting healthy self-esteem as well as the message that sexuality will be a lifelong process needs and circumstances change.

HIV testing is easily available in multiple locations with results available in 2-4 weeks. Herpes testing with same-day results is available as well with walk-in or appointment options.

Starting students with accurate and easily accessed information begins a solid foundation for ensuring sexual health in the community. Washington parents and educators want open dialog with their youth. 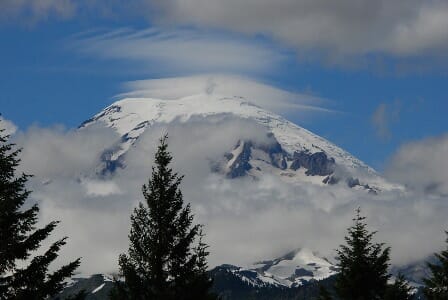 The estimated statewide population is just over 7 million people almost 1/4 of these are under 18 years of age with half being female. The population is 80% white, 4% African-American, 8% Asian, and 12% Hispanic. 90% of the population has graduated high school and a whopping 32% (which is higher the national average) has finished a bachelor’s degree or higher.

There is less than 8% of the population without adequate health insurance and the median household income is $61,000 combined with 12% of the population living in poverty. On the other end of the spectrum Washington is the 12th richest state in the US.

This disparity speaks to why certain low income areas have higher STD rates than others and prompts our government officials to prioritize outreach programs to the at-risk populations.

It’s clear that despite challenges presented by President Trump’s changes to Planned Parenthood funding and Obama-care, pacific northwest dwellers continue to lead the nation in their sexual education and fight against STDs.

Sexual health means all citizens are equally entitled to have education, testing, diagnosis and treatment despite their financial and racial background. Check with the Washington State Department of Health or CDC websites to find and access facilities in your neighborhood.