Free STD Testing in the State of Maryland

There Are 359 Public Clinics & 247 Private STD Clinics Near You

If you're looking for cheap std testing clinics in the state of Maryland to get a HIV, Herpes, Chlamydia, Gonorrhea, Syphilis or Hepatitis screening for yourself or your partner, you can get tested today by selecting an option below to find an affordable std test clinic near you. Same day std testing locations also available with results in 1-2 days. Learn more here.

What are the STI test options in Maryland?

Maryland is known as America’s religious freedom birthplace and was also included in the original Thirteen Colonies. It is a small but diverse state, and it has grown in residents within the last few years. Many of them move to Maryland for its close proximity to Washington DC and to enjoy attractions such as the Inner Harbor.

Johns Hopkins Hospital is one of the most prestigious in the state of Maryland is located in the heart of Downtown Baltimore, Maryland’s largest city. Its affiliated University attracts students from all over the world, especially those looking to study medicine.

As a result, residents have access to private STD testing via free STD testing centers in Baltimore, Maryland at many STD centers.

. Must register as a patient to receive services

Clinic. Insurance or fee for service. Self-pay rates are discounted rates, with discounts ranging from 25-50%, depending upon the item. The Self-pay option requires payment in full on the date of service

Clinic. Women only. Free HIV and STD testing offered. Herpes testing (only if there are active lesions)

Social Service Organization. If you don't have insurance, you may qualify for a state-funded program or a lower fee scale

Not Sure Which Option Is Best For You? Let us point you in the right direction for STD testing in , MD

STD Statistics for the State of Maryland

Statistics reported is based on publicly available data sources such as CDC for MD. Data is normalized to accurately report Maryland STD Breakdown. Demographic breakdowns are based on STD reporting available at the state level.

As of 1996, 94.06% percent of Marylanders with AIDS were adults while only 4.23% were young adults or adolescents.  1.71% of the AIDS patients in Maryland were of pediatric age.

The rate of HIV diagnoses in Baltimore rose and fell between 1999 and 2013, with the rate in 1999 being 912 cases reported and the rate in 2013 being 385 cases reported. In total, 31,890 Marylanders had HIV in 2013. That means for every 100,000 people living in the state, 641 of them were HIV positive. That year 23.6% of the state’s residents who had HIV were diagnosed with AIDS within three months of their HIV diagnosis. Only six states reported more cases of HIV in 2013 than Maryland did. The state maintained a high rate of HIV diagnoses in the subsequent years.

As of 2014, Maryland’s Wicomico County had rates of gonorrhea and chlamydia higher than any other county in the state. This resulted in the county health department encouraging residents to own up to engaging in sexual activity that was putting them at risk for STDs. The health department put together a task force that included county school employees, as well as hospitals, clinics and universities. One reason for this was the high rate of STD diagnoses among high school students, college students and those in their 20s.

When the task force was organized it was done with the intention of determining exactly why the county had such a high rate of STD diagnoses. One factor that was discussed as a contributor to the problem was the  total number of students attending two nearby universities and a community college. This means that the number of young people living in the county is not typical for the state. The location of Wicomico County is another factor, as it is in a central area that puts it close to Delaware and Virginia as well.

Due to the high number of young people living in the state, many clinics are available where residents can get tested for STDs such as HIV and Herpes.

Because HIV and AIDS is such a significant problem throughout the state, residents have many options for seeking treatment. This includes various county STD/HIV testing programs open to those living in the specific county. STD tests are administered for free and those who need a test can get counseling before and afterwards.

Many STD testing centers are open Monday through Friday and most test for syphilis, chlamydia,  HIV and gonorrhea. Walk in cases are taken and scheduling an appointment is not required. Some of the testing centers offer appointments to those who have been diagnosed with an STD. The appointment includes a thorough examination by a qualified doctor.

STD clinics always take their job seriously and handle testing in a sensitive and respectful manner. Hospitals and University health centers throughout the state provide young people with a safe place to get tested for any STD they may have been exposed to. The goal is to make STD testing accessible and easy to obtain by those who are the highest risk of contracting diseases. 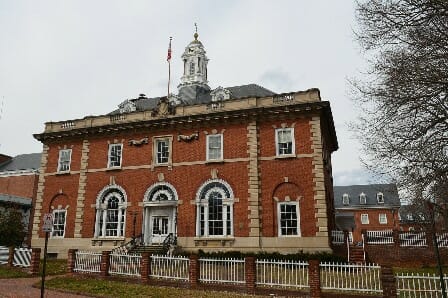 The population of Maryland despite its small size has raised cause for concern towards the battle against STDs. With such high rates of diagnoses in the state, health officials have had no choice but to take the issue seriously. Maryland’s many hospitals, health centers and clinics have joined forces to provide free or discount testing to those who are in need. Through efforts by many communities throughout the state, residents are being encouraged to practice safe sex and avoid putting themselves in dangerous sexual situations.