There Are 11 Public Clinics & 5 Private STD Clinics Near You

If you're looking for cheap std testing clinics in the Oroville area to get a HIV, Herpes, Chlamydia, Gonorrhea, Syphilis or Hepatitis screening for yourself or your partner, you can get tested today by selecting an option below to find an affordable std test clinic near you.
Same day std testing locations also available with results in 1-2 days. Learn more here.

There Are 11 Public Clinics & 5 Private STD Clinics Near You

If you're looking for cheap std testing clinics in the Oroville area to get a HIV, Herpes, Chlamydia, Gonorrhea, Syphilis or Hepatitis screening for yourself or your partner, you can get tested today by selecting an option below to find an affordable std test clinic near you.

Questions about STD Testing?
Call at 1-800-666-1250 ( 8AM-5PM MON-FRI )
Call at 1-800-666-1250 ( 8AM-5PM MON-FRI )
COMPARE TESTS AND PRICING FIND A CLINIC IN Oroville
DISCLAIMER
Safer STD Testing is an informational referral website. It refers customers to nationally reputed private STD Testing service providers (“Preferred Service Providers” or “Advertisers”). Safer STD Testing is not a medical or healthcare professional facility or a provider of any medical or healthcare services. Safer STD Testing gets compensated on net purchase of products or services by our users referred to such Preferred Service Providers. Click here to read our full disclaimer.

What are the STI test options in Oroville,CA?

Oroville is the county seat of Butte County, a county that had an inconsistent rate of new HIV infections between 2016 and 2018.

A spike was noted in the number of new Syphilis incidences recorded between 2017 and 2018. The first year of reference had 60 reported infections that occurred at a rate of 26.5 whereas data collected in 2017 reflected 81 new cases prevailing at a rate of 35.6.

The Butte County Public Health Department has been striving to curb the spread of HIV/STDs by leveraging early detection, comprehensive case management, disease investigation, community awareness, and patient education as the main pillars of its prevention programs.

Some of the clinics may offer free STD testing. However, you may need to look for prescriptions for after test care in another location, and you may find yourself paying an extra doctor’s consultation charge.

Description: There is no cost for most STD testing if clients qualify for FPACT. Sliding scale is available for those who do not qualify.

Description: Community Based Organization. Everyone is welcome. Also provides many other services for the LGBTQI+ and ally community, including support groups, advocacy, education, referrals. Counseling program provides Individual, couples and family counseling on a low fee/no fee basis. To make an appointment call 530-809-2485. On certain days the center has Spanish speaking and Hmong speaking HIV testers providing service - please check with our office 530-893-3336. Offer testing services for free, and welcome donations. HIV and Hep-C testing by appointment only during COVID-19 precautions

Description: Social Service Organization. If you are uninsured, you may qualify for a state-funded program or a lower fee scale. Fees for services are based on your household income.

Women Health Specialists was founded as Feminist Women Health Center in 1971 with the aim of promoting positive images of women and giving them a new perspective of health.

The medical professionals provide a variety of services that include STDs and UTIs testing and treatment.

The staff at the health center allows women with insurance to access reproductive and sexual health care. They also have programs that provide no-cost services to eligible individuals, and permit girls aged 12 and up to receive care without a guardian. The uninsured can pay their bills on a sliding fee scale that is based on income. Additionally, the Affordable Care Act enables women to get STD, cancer screening and well exams services at the facility with no copays.

The physicians at the health facility treat patients diagnosed with any STD, including Gonorrhea, Chlamydia, Syphilis, Trichomoniasis, and Hepatitis. People can also receive free safe sex supplies such as dental dams, lube and condoms. Information about STD prevention, treatment and symptoms are available.

Women receiving care at the Women Health Specialists can also access health education concerning various topics such as lesbian health care that educates on concepts of breast and cervical cancer self exam and vaginal infections.

The facility has the Young Women’s Leadership Program that collaborates with social service agencies that offers STD, HIV, and pregnancy prevention information. 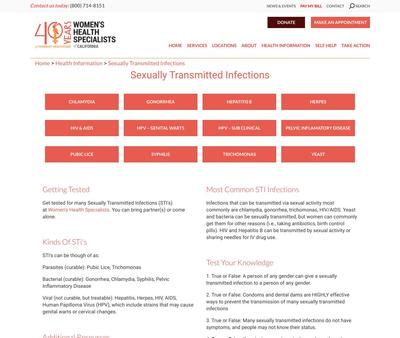 Enloe Women’s Services is part of the Enloe Medical Center which is a nonprofit hospital offering patient-centered care since its establishment in 1913 by Dr. Newton Thomas Enloe.

It provides personalized care for women in their different stages of life through provision of services such as midwifery, early adolescents, family planning, fertility, and well-woman care. The care providers also offer cervical cancer screening and STD services.

The customer representatives at the medical center accept most insurance cards and recommend online, phone, and in person payment methods. Patients without insurance and the underinsured can receive discounted prices and financial assistance based on their income, family size and medical needs. Additionally, financial counselors help uninsured patients apply for health insurance and access financial aid.

The medical care providers at the medical center provide counseling services that entails prevention of STDs such as Gonorrhea, Chlamydia, and Syphilis. Eligible patients can also receive HPV vaccinations.

Visitors at the Enloe Women’s Services can call to place orders on items to be delivered to their patients as long as they pay, and provide the patients full names.

The facility also offers quality communication services to help patients with visual, cognitive, hearing, and mobility impairment, and those with limited knowledge of English to get medical care. 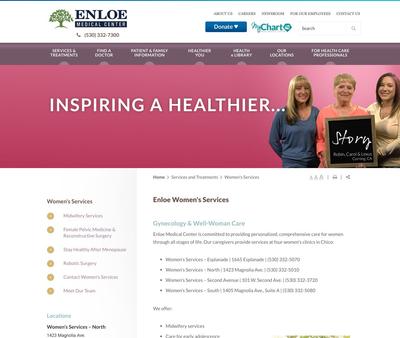 Ampla Health Oroville Medical & Dental is part of the Ampla Health network of care, which is a Federally Qualified Health Center serving patients in and around Butte, Glenn, Sutter, and Colusa counties.

The non-profit health facility has been offering a wide range of medical, dental, specialty, pediatric, and mental health services since its inception in 1964. HIV and Hepatitis testing services are also available in the health center.

The employees at the healthcare center accept most public and private insurance to cover medical bills. New patients should have their patient registration form, confidential history form, state issued ID card or a drivers license, and primary and secondary insurance cards. They should also carry a copy of their past medical history. All residents can access healthcare despite their ability to pay.

Ampla Health Oroville Medical & Dental takes part in the 340B Pharmacy Program that enables its patients to get prescription drugs at discounted prices. The facility also operates the Opioids Treatment Program that offers opioid treatment and counseling support for drug users. 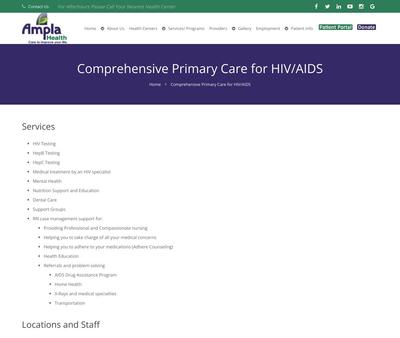 The nationally accredited health facility engages residents in the planning and implementing various programs and services to improve health in the community.

Some of the services include HIV/STD, emergency preparedness, and tobacco education. 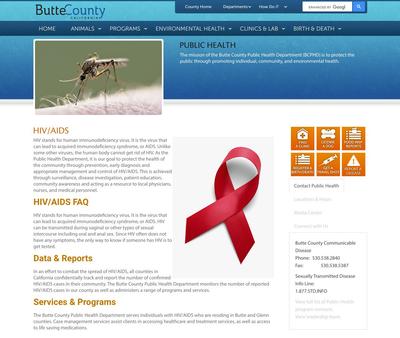