There Are 139 Public Clinics & 85 Private STD Clinics Near You

If you're looking for cheap std testing clinics in the Piedmont area to get a HIV, Herpes, Chlamydia, Gonorrhea, Syphilis or Hepatitis screening for yourself or your partner, you can get tested today by selecting an option below to find an affordable std test clinic near you.
Same day std testing locations also available with results in 1-2 days. Learn more here.

There Are 139 Public Clinics & 85 Private STD Clinics Near You

If you're looking for cheap std testing clinics in the Piedmont area to get a HIV, Herpes, Chlamydia, Gonorrhea, Syphilis or Hepatitis screening for yourself or your partner, you can get tested today by selecting an option below to find an affordable std test clinic near you.

Questions about STD Testing?
Call at 1-800-666-1250 ( 8AM-5PM MON-FRI )
Call at 1-800-666-1250 ( 8AM-5PM MON-FRI )
COMPARE TESTS AND PRICING FIND A CLINIC IN Piedmont
DISCLAIMER
Safer STD Testing is an informational referral website. It refers customers to nationally reputed private STD Testing service providers (“Preferred Service Providers” or “Advertisers”). Safer STD Testing is not a medical or healthcare professional facility or a provider of any medical or healthcare services. Safer STD Testing gets compensated on net purchase of products or services by our users referred to such Preferred Service Providers. Click here to read our full disclaimer.

What are the STI test options in Piedmont,CA?

The highest age group infected with Chlamydia were teenage girls between 15 and 19, with 1,782, transmitted at the highest rate of 3,575.

Gonorrhea cases observed in the county totaled 1,923 in 2010, frequent at a rate of 121.5. Female residents between 15 and 19 years were diagnosed with the curable disease amounted to 418 cases, 44.8 percent of the total.

Early Latent Syphilis also had 58 cases at an occurrence rate of 3.7 in 2010, and male residents diagnosed with the STD were 48, almost five times the 10 women.

The Offices of HIV Care and Prevention collaborates with community members to provide resources, guidance, and leadership in delivering quality HIV services throughout the county. The staff organizes PrEP social marketing campaigns that target people at risk of contracting HIV, such as the LGBTQ+ communities.

Most medical clinics in Piedmont have free STD testing and diagnosis services, but the hours and availability of the no-cost services may not be consistent. Also, the health facilities might not accept walk-ins to access care, including STD services.

Description: A focus of the OASIS Clinic is attending to the healthcare and psychosocial needs of persons infected with hepatitis C (HCV), and residing in the greater East Bay community.

Description: Need to register as a patient in order to receive services. You may register by phone or by appointment. Saturdays closed from 12:15pm-1:15pm

Description: No appointment necessary for a PrEP consultation, simply call 415-314-9987.

Description: De Colores Outreach Program: Men of color who have sex with men.

Description: Community Based Organization. Depending on the individual's insurance, testing services for Hepatitis, STD's, and TB might have a cost included. Rapid HIV tests are free. Free condoms available.

Please use the map to find a public clinic in Piedmont, California
GO TO CLINIC LISTINGS ABOVE
STD STATISTICS

Patients from all walks of life are welcome for free on-site, mobile, or at-home HIV testing. STD/ Hepatitis C testing is also available. You can call or email a Healthlink navigator on-site to order an HIV self-test.

Clients can access free birth control measures with or without their provider's approval. The clinical team educates community groups and service providers about sexual health, cultural competency, and emerging HIV treatment and prevention options. You can review health information virtually on the Kareo patient portal. 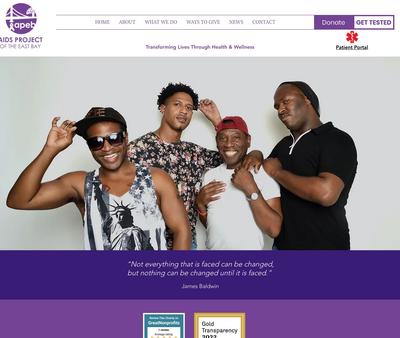 Everyone is welcome for free, confidential HIV/STD testing. You can walk into the clinic during regular working hours and get tested.

Doctors provide treatment for STD-positive patients. They prescribe modern antiretroviral therapeutic remedies that lower the viral load in HIV-positive patients. HIV-negative clients at high risk for HIV can ask the providers if PrEP is a suitable prevention measure.

You can walk into the clinic and pick up free condoms to protect yourself and your partner from contracting HIV/STDs. Patients may schedule or reschedule their appointments and communicate with the professionals via the patient portal. The facility has a compassionate and experienced staff that can respond to all your queries and walk with you through your healthcare journey. 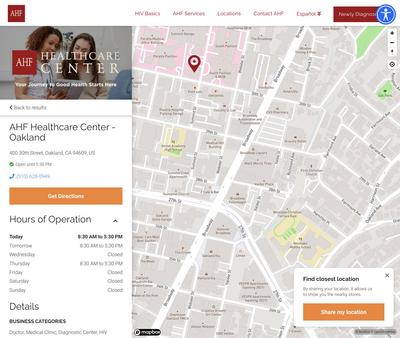 HIV and Hepatitis C testing is open to all individuals. There are no criteria for any person seeking testing services at the facility. 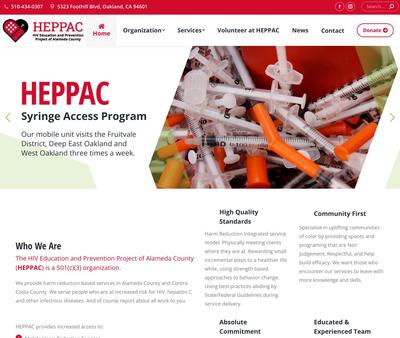 San Francisco City Clinic is a subsidiary of the San Francisco Department of Public that has provided quality sexual health services and information for over 100 years. It delivers HIV/STD and Hepatitis C testing and treatment in an LGBTQ+ inclusive environment. Women's health services on location include cancer screening, pregnancy testing, and birth-control services.

Anyone 12 years and above can access low-cost HIV/STD services at the clinic irrespective of their ability to pay. You can walk in during regular hours and have your test.

The medical professionals on-site educate STD patients on risk reduction measures. They prescribe PrEP medication for HIV-negative patients at risk for HIV and PEP therapies for individuals already exposed to HIV. In addition, they administer vaccines against Hepatitis A, B, and meningococcus. If you test HIV/STD-positive, you receive individualized treatment solutions.

Patients can pick up medications from the on-site pharmacy immediately after their appointments. The linkage-to-care professionals provide care navigation and partner notification services to HIV-positive individuals.

The health center offers free condoms on-site. If interested, you may participate in research studies conducted by the facility to advance innovative HIV/STD treatments. 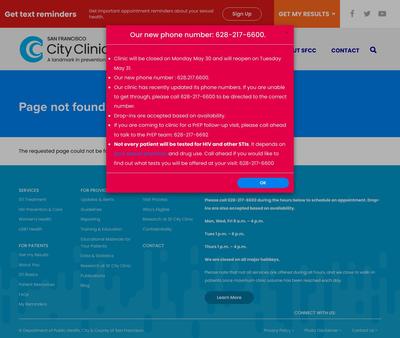