There Are 16 Public Clinics & 23 Private STD Clinics Near You

If you're looking for cheap std testing clinics in the Mastic area to get a HIV, Herpes, Chlamydia, Gonorrhea, Syphilis or Hepatitis screening for yourself or your partner, you can get tested today by selecting an option below to find an affordable std test clinic near you.
Same day std testing locations also available with results in 1-2 days. Learn more here.

There Are 16 Public Clinics & 23 Private STD Clinics Near You

If you're looking for cheap std testing clinics in the Mastic area to get a HIV, Herpes, Chlamydia, Gonorrhea, Syphilis or Hepatitis screening for yourself or your partner, you can get tested today by selecting an option below to find an affordable std test clinic near you.

Questions about STD Testing?
Call at 1-800-666-1250 ( 8AM-5PM MON-FRI )
Call at 1-800-666-1250 ( 8AM-5PM MON-FRI )
COMPARE TESTS AND PRICING FIND A CLINIC IN Mastic
DISCLAIMER
Safer STD Testing is an informational referral website. It refers customers to nationally reputed private STD Testing service providers (“Preferred Service Providers” or “Advertisers”). Safer STD Testing is not a medical or healthcare professional facility or a provider of any medical or healthcare services. Safer STD Testing gets compensated on net purchase of products or services by our users referred to such Preferred Service Providers. Click here to read our full disclaimer.

What are the STI test options in Mastic,NY?

The county government of Suffolk County is dedicated to the eradication of HIV/STDs from the community. Its public health officials provide PowerPoint presentations for local high schools, colleges, and communities. The HIV/STD prevention education program focuses on sharing free testing resources, transmission, prevention, and the consequences of leaving STDs untreated.

Free STD testing may be available, but the tests may not be comprehensive, and the results might not be immediate.

Description: HIV and Hepatitis C Testing is available by appointment across Suffolk County. Please contact the organization for hours of operation

Description: Social Service Organization. If you are uninsured, you may qualify for a state-funded program or a lower fee scale. This center is open two Saturdays each month. Hours may be subject to change. Please call ahead to confirm hours

Description: Most insurances, reasonable self pay rates. Must request appointment with PA Jeremiah

Please use the map to find a public clinic in Mastic, New York
GO TO CLINIC LISTINGS ABOVE
STD STATISTICS

The clinic serves children, adults, and the elderly. It participates in multiple insurance plans to increase patient admission convenience. Additionally, the staff offers low self-pay pricing plans to individuals with no insurance.

The clinicians examine the test results to give a correct diagnosis and afterward offer prescriptions for medication to individuals with positive test results. Individuals whose Genital Warts test results are non-reactive may receive the Gardasil vaccine. Hepatitis A and B immunization services are also available on-site.

Physicians at MD 365 - Shirley attend to patients on a walk-in or booking appointment basis, making it easier for individuals to choose the best option to fit in their schedule.

People with fixed schedules during weekdays can get STD services on Saturday or Sunday. The clinic offers televisit services to adults and children above five years. 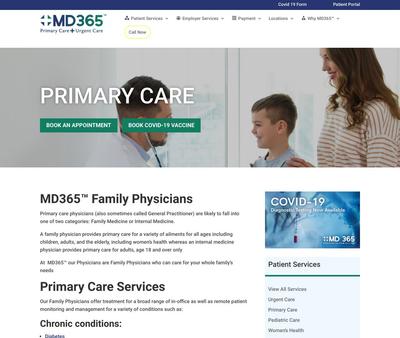 Founded in 1993, LGBT Network The Hauppauge Center is a non-profit organization serving the LGBTQ community. Its staff offers advocacy and crisis intervention services to victims of discrimination, sexual assault, bullying, and domestic violence.

The physicians serve LGBT people of all ages. HIV/Hepatitis C services at this location are private and free of charge, and testing is available on an appointment booking basis only.

The nurses offer pre and post-counseling services to all patients that participate in the testing process. They also administer tests for other STDs, including Syphilis and Gonorrhea. People at a high risk of contracting HIV receive linkage to providers of PEP and PrEP services. Safer sex suppliers, including condoms, are also available free of charge.

LGBT Network The Hauppauge Center offers confidential medical and support services. Its clinicians provide early intervention services to help PLWHA out of care get back to medical care. 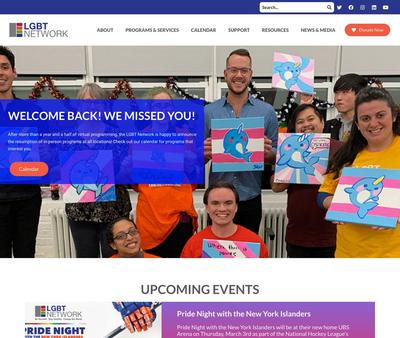 Project Safety Net NY is a community-based and non-profit organization that promotes the health and safety of people living in Mastic, NY, and the surrounding cities through its health, prevention, and education services.

The clinic offers confidential and no-cost HIV/STD screening services to all patients on request.

The well-trained physicians discuss the test results with patients, offer counseling services, and give prescriptions where necessary. However, HIV-positive patients that need extended care get referrals to HIV specialist doctors in Mastic, NY. Additionally, individuals with negative HIV test results may get PEP or PrEP referrals. 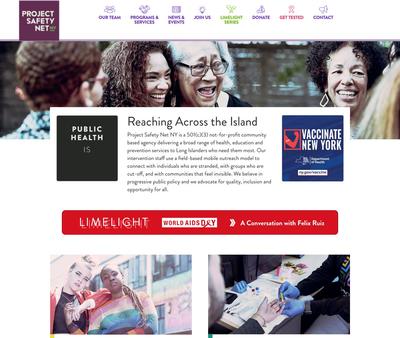 Its epidemiological medical practitioners work as a team to survey sources of outbreaks and identify infection chains. The medical facility also runs a Sexually Transmitted Disease Control Unit that evaluates reported cases of STIs, including HIV/AIDS, Syphilis, and Gonorrhea.

No specific qualifications required to receive STD services at the facility.

The staff initiates infectious disease intervention strategies to break the STD prevalence chain. Some of the strategies include conducting interviews with the infected patients, and afterward, counseling them and linking them to STD specialty doctors to offer the necessary medical care. Additionally, the team at the STD conducts follow-ups to ensure all STD-positive patients complete their treatment successfully. 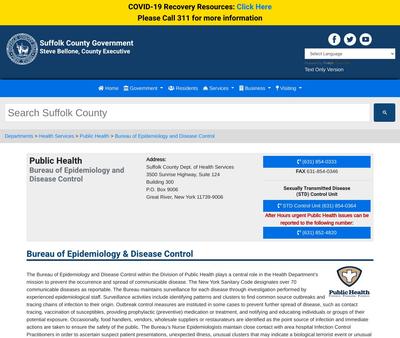